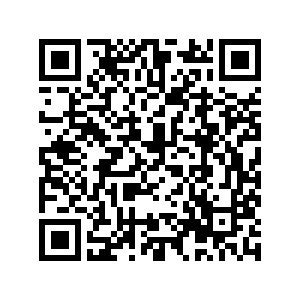 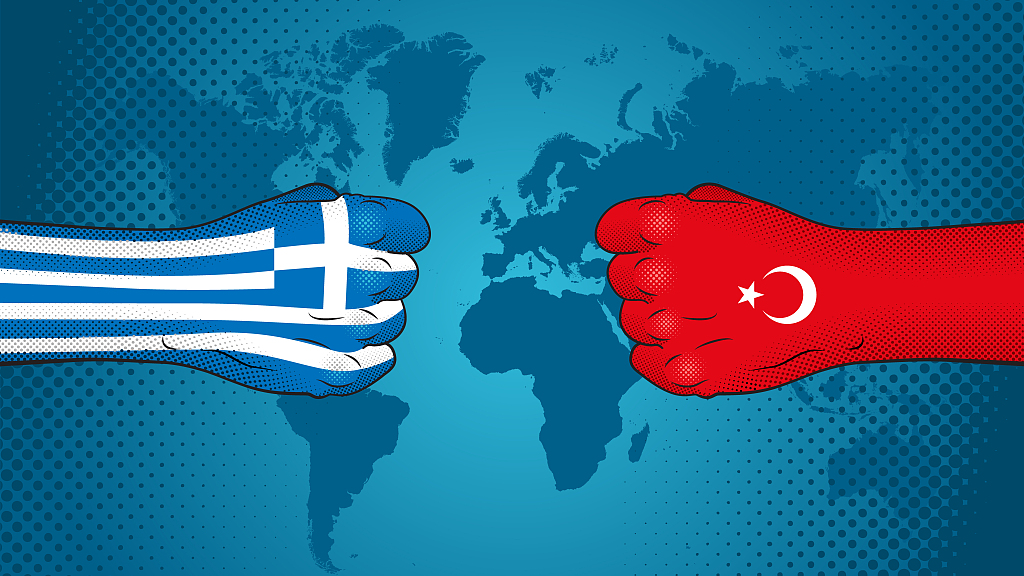 Editor's Note: Dr. Wang Jin is a research fellow of the Charhar Institute in China and an associate Professor from Northwest University in China. The article reflects the author's opinion, and not necessarily the views of CGTN.

The history between Ankara and Athens shaped the hatred Turkey-Greece bilateral ties. Modern Greece was established after the intensified war with the Ottoman Empire in the early 19th century. The Greece independence war driven by both the rising nationalism against the Ottoman Empire and the Christian enthusiasm against Islam significantly influences today's Athens' perspective of Turkey. Meanwhile, modern Turkey was established out of military victories against Greece's military invasion in the coastal area of western Turkey after the First World War. Under the leadership of Kemal Ataturk, the founding father of modern Turkey, the new Turkish military forces, directed by nationalism, successfully expelled Greek forces in 1923 and set up modern Turkey.

The war between Turkey and Greece was accompanied by ethnic cleaning against each other in both Turkey dominated area and Greece dominated the area, and the ethnic hatred between Turkish and Greeks are remembered to today. The hatred between Turkey and Greece was further added in the Cyprus issue of the 1960s and 1970s. Two ethnic groups in Cyprus, Turkish and Greeks, driven by rising nationalism, finally went to total confrontations. Turkey and Greece blame each other's responsibilities in the Cyprus conflicts, and finally, Cyprus was separated by a Turkey controlled northern Cyprus in the north, and an international society recognized the Republic of Cyprus in the south. 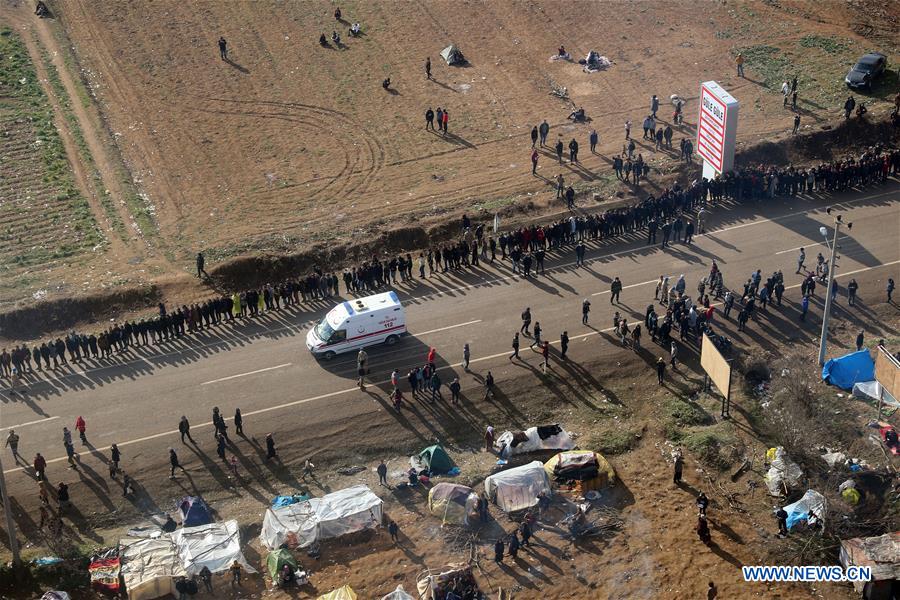 Immigrants are seen along the border zone with Greece in the province of Edirne, Turkey, March 5, 2020. /Xinhua

Immigrants are seen along the border zone with Greece in the province of Edirne, Turkey, March 5, 2020. /Xinhua

The Turkey-Greece war after the First World War and Turkey-Greece competition in Cyprus led to maritime conflicts in the Eastern Mediterranean between Ankara and Athens. Although most islands of the Aegean Sea to western Turkey were assigned to Greece in the Treaty of Lausanne in 1923, some small islands and islets are claimed by both Greece and Turkey. On the exploration of the resources of coastal waters of Cyprus, Turkey maintains that the resources' exploration should be based on the agreements of both north Cyprus and south Cyprus government, while Cyprus and Greece refuse to recognize the legitimacy of north Cyprus regime and perceive Turkey's involvement in Cyprus issue as a violation of Cyprus national integrity.

On the one hand, Turkey's exploration of natural resources is understood by Turkish media as important steps towards energy independence and enhancing maritime claims over the disputed islands and islets against Greece. However, Turkey's rising political Islamic power led by the ruling Justice and Development Party (AKP) is perceived by Greece as Turkey's determination and interest in restoring the old Ottoman Empire in the Balkan and Eastern Mediterranean, and make Greeks easily remember the sufferings under the Ottoman Empire.

On the other hand, Greece's assertive stances in Eastern Mediterranean and Cyprus could be understood by Greeks as safeguarding territorial waters, but Greece' refusal to recognize Turkey's claims in the Aegean Sea and refusal to accept Turkey as a legal partner in Cyprus issue are perceived by Turkey as arrogant humiliation from Europe, due to both Turkeys' humiliating experience of repeatedly being denied formal EU membership, and Greece as well as Cyprus' membership in the European Union.