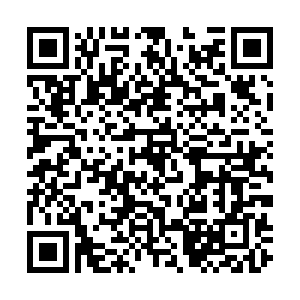 The White House Monday confirmed that U.S. President Donald Trump's national security advisor Robert  O'Brien has tested positive for the novel coronavirus, claiming there is no risk of exposure to Trump or Vice President Mike Pence.

Earlier, Jennifer Jacobs, senior White House reporter for Bloomberg, said on Twitter that O'Brien has been isolating at home and working remotely after apparently contracting the virus at a family event. 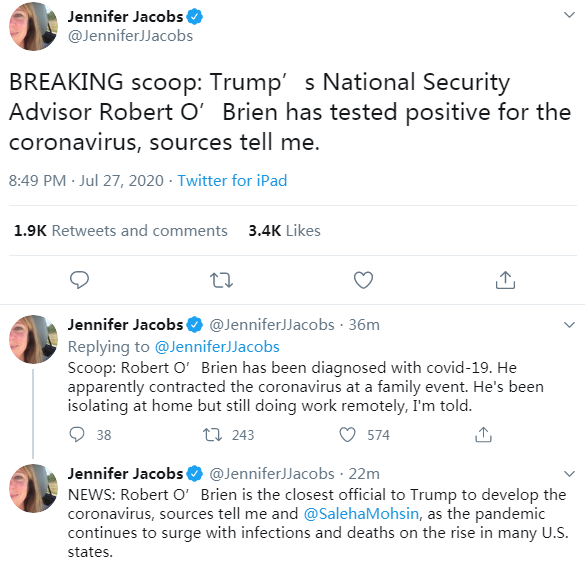 "He (O'Brien) has mild symptoms and has been self-isolating and working from a secure location off site. There is no risk of  exposure to the President or the Vice President. The work of the  National Security Council continues uninterrupted," according to a statement released by the White House.

It remains unclear how much in-person contact O'Brien has recently had with Trump.

The White House has said staff is regularly tested for the virus, and O'Brien is the most senior official to be found positive amid the pandemic.

O'Brien was an attorney from Los Angeles who served as a foreign policy adviser to 2012 Republican presidential nominee Mitt Romney and 2016 candidate Scott Walker. He has handled a number of high-profile legal cases and previously served in several State Department positions, including an alternative representative to the U.N. General Assembly in 2005.

Representatives for the White House and the National Security Council could not be immediately reached for comment.

A U.S. military member who works at the White House as a valet, as well as Vice President Mike Pence's press secretary, tested positive for coronavirus in May.