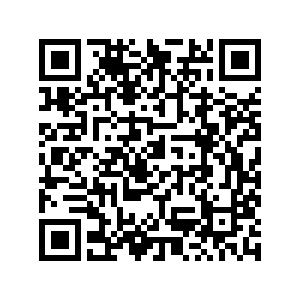 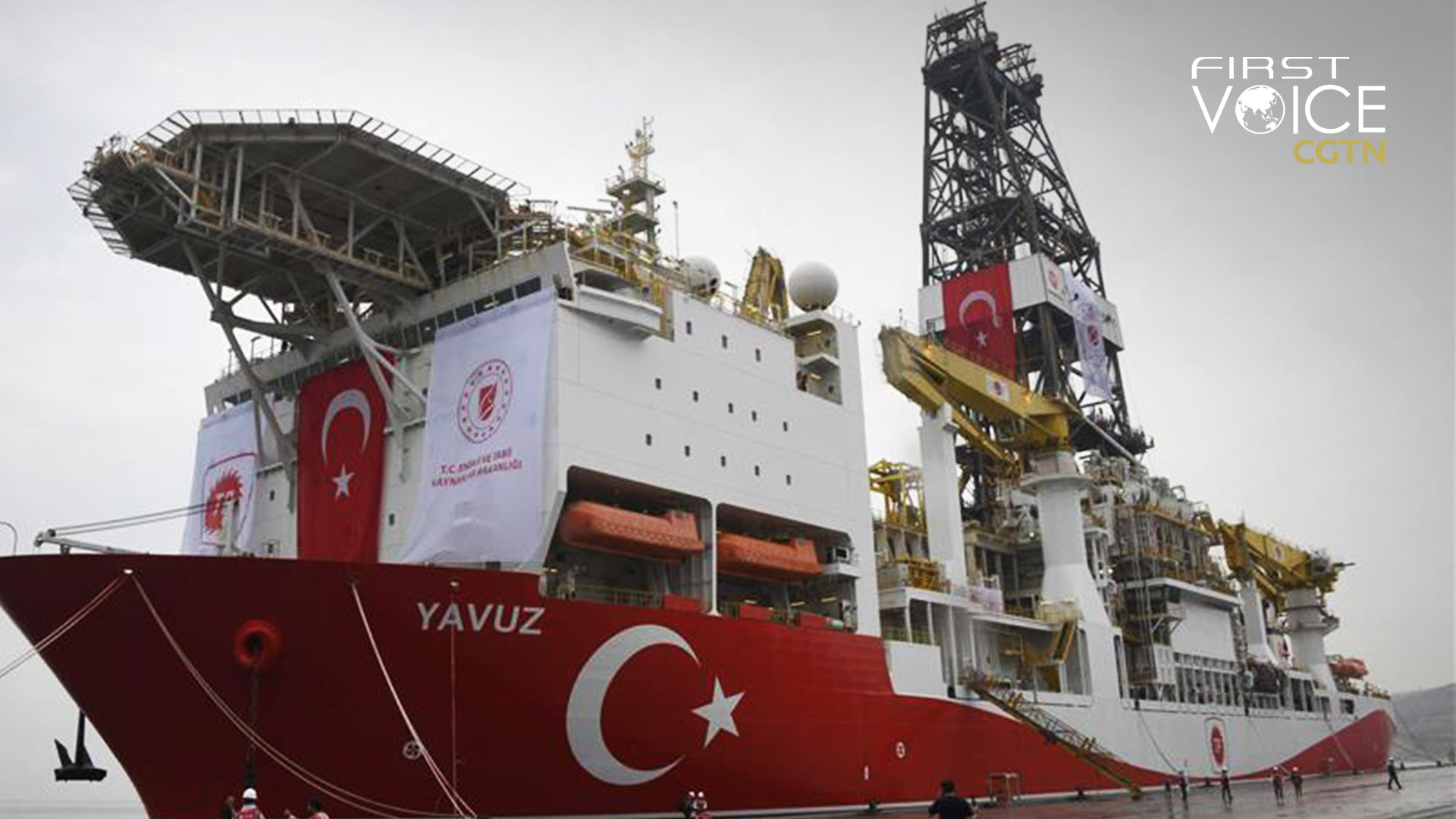 A hot war between Turkey and Greece is highly likely following their recent spats over gas exploration in the Eastern Mediterranean. From the 1975 Cyprus conflict, to disputes over the migrant crisis, to Turkey's decision to turn the Hagia Sophia museum, for decades a Christian cathedral, into a mosque, the two NATO allies have seen icy relations for some time. With Ankara's recent drilling survey in waters close to a Greek island, the two neighbors have eventually gone to the brink.

The race for energy resources in the Eastern Mediterranean is the direct cause for Ankara-Athens tensions. In November 2019, the Turkish government signed a deal with Libya, creating an exclusive economic zone (EEZ) between the two countries. Under the deal, Turkey has announced its intention to begin oil and gas explorations in the waters. The move was immediately denounced by Greece as "absurd" as the accord is believed to have infringed upon Greece's maritime sovereignty.

A slew of European countries have also voiced opposition to and even called for sanctions to be placed on Turkey. "It is not acceptable for the maritime space of a Union member state to be violated or threatened. Those responsible must be sanctioned," French President Emmanuel Macron reportedly said.

Disputes are not unusual between allies, and sanctions have been a common practice in handling international affairs. But in Ankara's case, "Tensions with Athens are highly likely to end in a hot war," Yin Gang, a researcher at the Institute of West Asian and African Studies under the Chinese Academy of Social Sciences, told CGTN. The logic is straightforward: Greece is resolved to safeguard its sovereignty rights, and sanctions will not deter the Turkish government from its determination to fight for energy resources in the region. 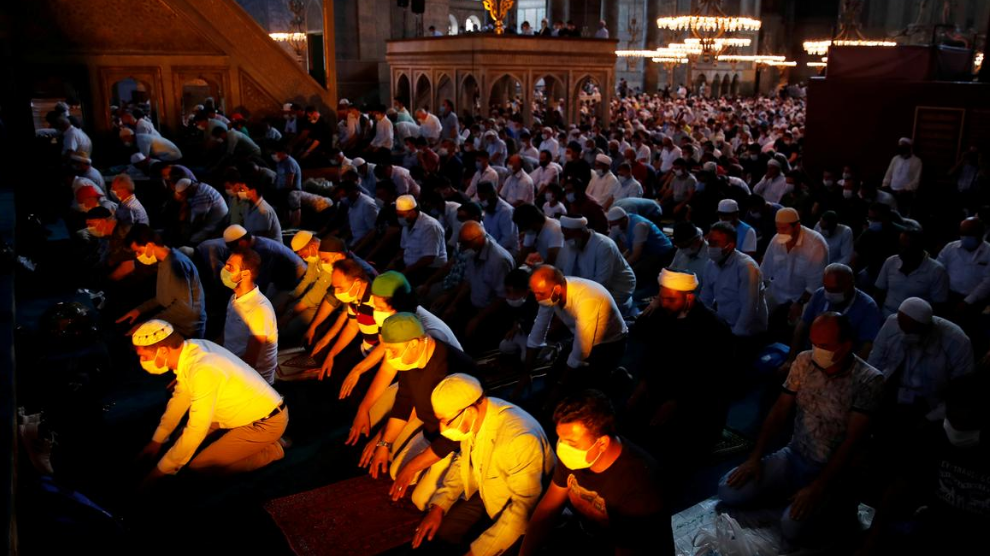 Worshipers attend afternoon prayers and visit Hagia Sophia Grand Mosque, for the first time after it was once again declared a mosque after 86 years, in Istanbul, Turkey, July 24, 2020. /Reuters

Worshipers attend afternoon prayers and visit Hagia Sophia Grand Mosque, for the first time after it was once again declared a mosque after 86 years, in Istanbul, Turkey, July 24, 2020. /Reuters

Ever since the huge gas reserves were found in the waters off Cyprus, a slew of Mediterranean countries including Syria, Israel, Egypt, and Greece have reaped colossal benefits. But Turkey, with its maritime territories ceded to victorious states after the First World War, has profited nearly nothing from the reserves. This, according to Yin, has firmed up Turkey's resolve to fight for the war of energy with its NATO ally.

So far, Turkish fighter jets have already engaged in mock dogfights with their Greek counterparts over the Greek island of Kastellorizo. If Ankara insists sending vessels to the disputed waters for oil explorations, the move would for sure invite strong reactions from the Greek side. Naval skirmishes would thus be highly likely in the Eastern Mediterranean.

In addition, Turkey-Greece interactions are exerting a direct impact on the situation in Libya, Yin said. To guarantee its sustained access to the oil and gas reserves, the Turkish government will need to ensure the survival of Fayez al-Sarraj's Tripoli-based government. After all, it is with the Tripoli government that Ankara signed the EEZ deal, and thus its survival is the prerequisite to Ankara's drill activities in the region. Libya and Greece are two intertwined factors in Turkey's geopolitical game in the Eastern Mediterranean. This has further complicated the situation in the region, Yin told CGTN.

Although both Turkey and Greece are NATO members, the European Union (EU) would for sure stand by the Athens side if a hot war broke out. This, as some observers argue, would invite retaliations from Ankara: the Turkish government may open its borders again allowing refugees to enter EU member states or adopting more hardline policies against Brussels in the Syrian and Libyan battlefields.

But any aggressive act by Ankara would boomerang, Yin warned. Turkey's aggression, if any, means losing funds from the EU on the migrant crisis. Ankara, according to Yin, would pay higher prices in wrestling with the EU. No country would win from a war in the era of globalization, and so does Greece and Turkey. Both sides should consider consequences first before fueling further tensions in their ties.