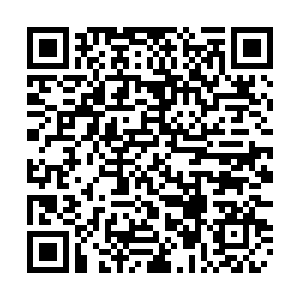 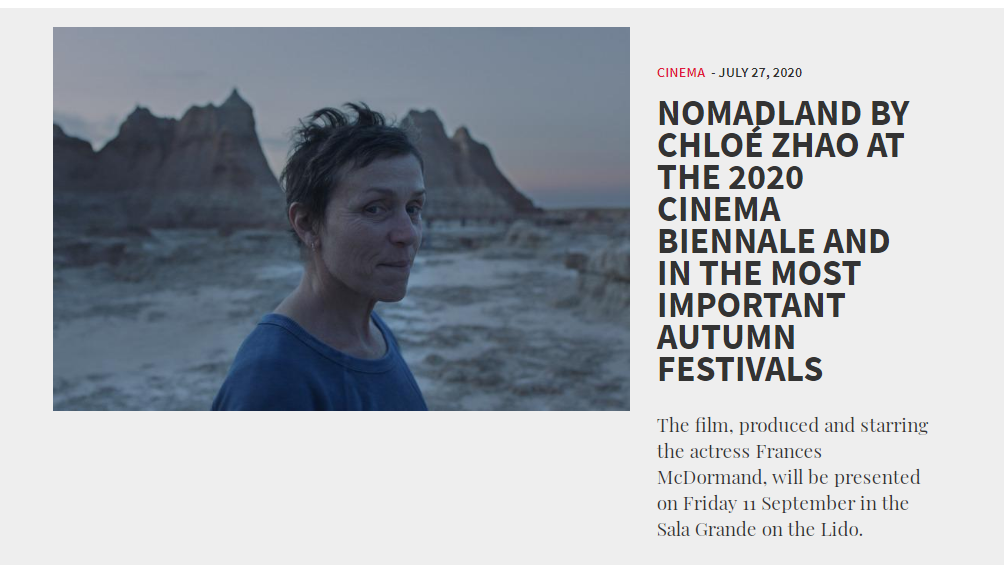 The movie was adapted from non-fiction "Nomadland: Surviving America in the Twenty-First Century," which was named as a New York Times Notable Book.

It tells a story about a woman who embarks on a journey through the American West, living as a van-dwelling nomad after the Great Recession.

Director Zhao was born and raised in Beijing, and graduated from Tisch School of the Arts, New York University. Her second feature film "The Rider" in 2017 was critically acclaimed and received several awards including nominations for Independent Spirit Award for Best Film and Best Director. 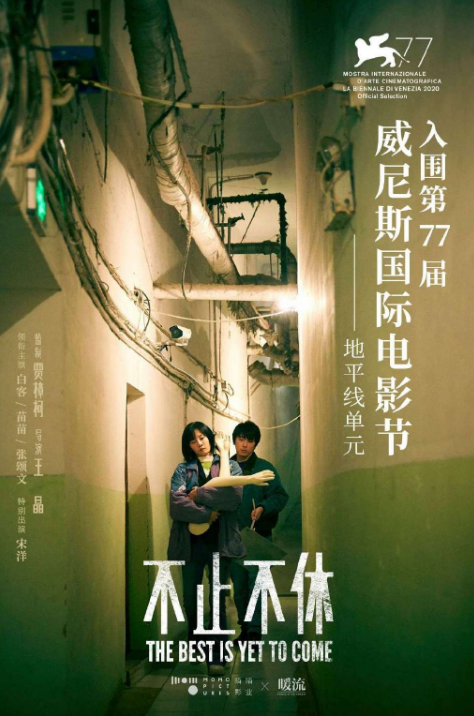 The poster of Chinese director Wang Jing's film'The Best Is Yet to Come.'

The poster of Chinese director Wang Jing's film'The Best Is Yet to Come.'

Organizers unveiled the official lineup and it will be split into three main sections: Venezia 77 (Main Competition), Out of Competition, and Horizons.

Besides Zhao, there are other Chinese director's names on the list – Wang Jing's "The Best Is Yet to Come" in the Horizons category and Ann Hui's"Love After Love" from the Out of Competition category. Ann will also be honored with the lifetime achievement award by the Venice Film Festival, organizers announced on July 20.

The 2020 Venice Film Festival will run from September 2 to 12, and is going to be the world's first major film festival since Sundance and Berlin amid the COVID-19 pandemic.