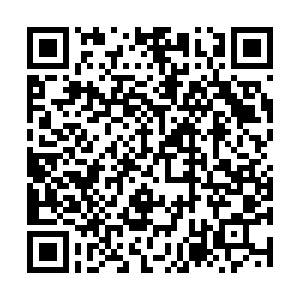 China on Tuesday reiterated its opposition to U.S. meddling in the South China Sea, stressing that South China Sea is not U.S.' Hawaii, its attempt to destabilize the region will not succeed.

Wang Wenbin, spokesperson for Chinese Foreign Ministry said in response to U.S. Secretary of State Mike Pompeo's remarks that accused China of taking territory in the water slowly and said "the South China Sea is not China's maritime Empire" on his Twitter account Saturday.

China has never expanded its claim over territory, stressed Wang, noting China has always remained committed to international laws and is working jointly with all the parties to settle disputes through negotiations.

In a provocative move, the U.S. Navy sent the USS Nimitz and USS Ronald Reagan Carrier Strike Groups (CSGs) to the South China Sea for a large-scale naval exercise that began on July 4 as China performed drills nearby.

Wang urged the U.S. to stop using South China Sea issues to create conflicts in the region in an attempt to contain China.

"We need to tell Pompeo, South China Sea is not U.S.' Hawaii. Countries in the region and those who love peace will not allow U.S. politicians to stir up the issue," said Wang, calling for joint efforts from regional countries to maintain the peace and stability in the region.

China is ready to work with the Association of Southeast Asian Nations (ASEAN) to accelerate the implementation of the Code of Conduct (COC) in the South China Sea, stated Wang while pointing out that it is the U.S. that always violates the international law and withdraws from international organizations and treaties.

Consultations for the COC, first launched by China and ASEAN member states in 2013, are aimed at safeguarding peace and stability in the region. The two sides have finished the first reading of the Single Draft Negotiating Text of the COC and are expected to complete the consultations by 2020.

Philippine President Rodrigo Duterte said on Monday that The Philippines will not stand against China on South China Sea issues, stating that the country will not pick a side between China and the U.S. Duterte has refused the U.S.' request to use the military base in The Philippines.

Wang hailed Duterte's remarks, adding that the claim made by Duterte serves the interests of The Philippines and is also beneficial to regional peace and stability.

China agrees to handle the issue properly and is ready to contribute to regional peace and stability with The Philippines and other countries in the region, added Wang.