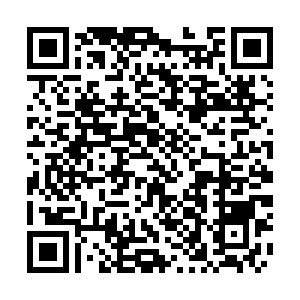 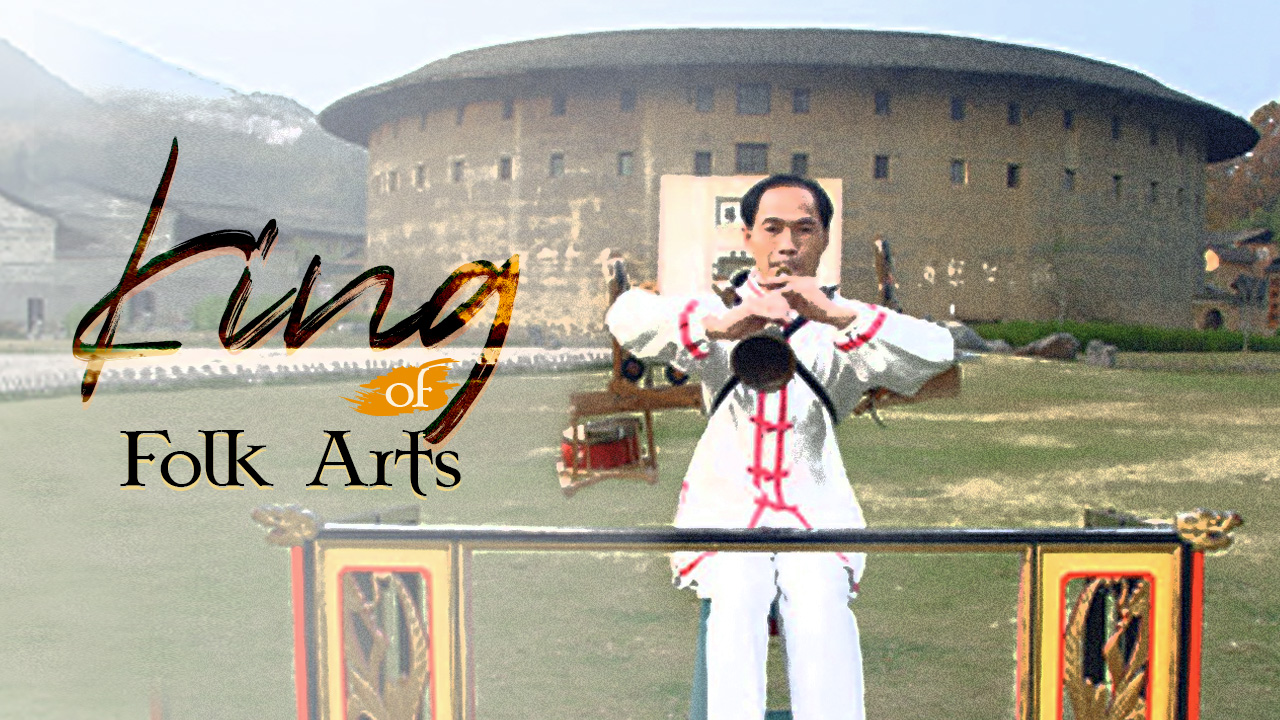 Li Fuyuan is the real definition of a one-man music band.

The skills of the Chinese farmer from east China's Fujian Province go beyond the field. Put him on any stage, and he'll steal the show with his ability to play 13 traditional Chinese instruments at the same time.

His talent has earned him the title "King of Folk Arts" 15 years ago at a national competition sanctioned by the Chinese Ministry of Culture, and he surely lives up to such a fame. The musician uses his mouth, hands, arms, legs and even shoulders during performance.

Li is a descendant of Hakka, a subgroup of Han, the predominant ethnic group in China, who mostly live in the country's south and for decades have retained their unique traditions and dialect. His identity has influenced his music and the 54-year-old man is on a mission to preserve his culture and introduce it to the wider audience, one show at a time.

The man's music taste is as versatile as his instrument-playing skills. 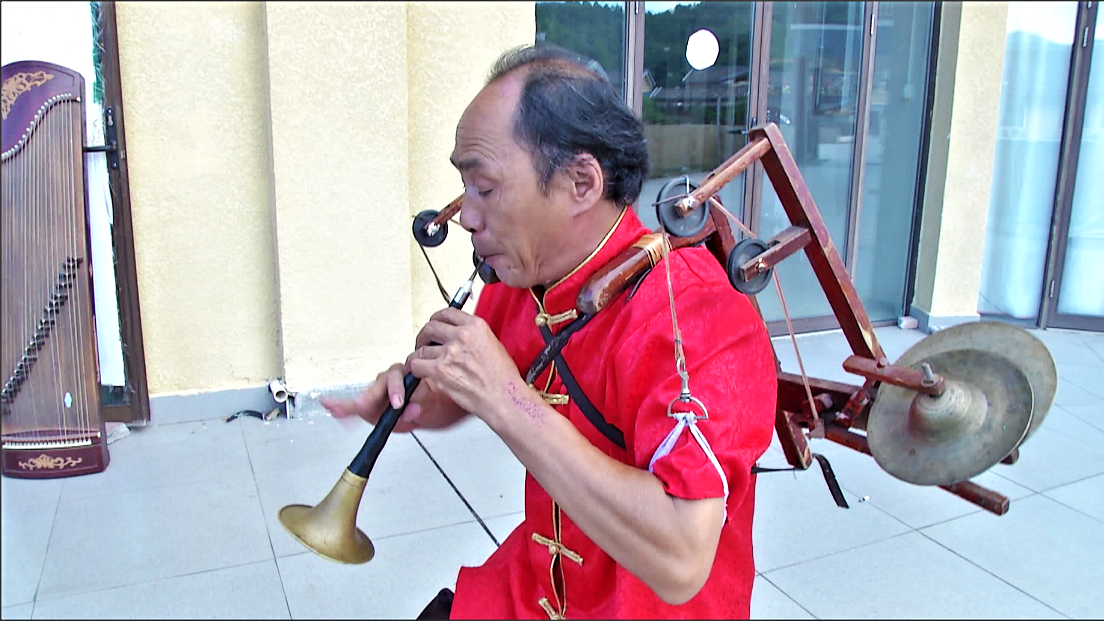 Li Fuyuan can play up to 13 instruments at the same time. /Photo via fjydnews.com

Li Fuyuan can play up to 13 instruments at the same time. /Photo via fjydnews.com

From Beethoven's "Fur Elise," to "Liang Zhu," one of China's most renowned classical music pieces also known as "The Butterfly Lovers," or Liang Zhu in Chinese, Li's repertoire includes a wide range of Chinese and Western music masterpieces.

The folk artist began to learn dulcimer and erhu – both stringed instruments – at the age of 13, and is now able to cope with 13 instruments at once.

Over the years, Li tried to hone his skills and push his limits even further, adding more instruments to his one-man orchestra, and playing two or even more music pieces together.

"I like to take on new challenges to present more difficult performances. [For example,] using leaves in my mouth to perform a song and the dulcimer in my hand to play another song," he told local media, adding that it took him a long time "to find two songs of similar length," such as "Fur Elise" and "Liang Zhu." 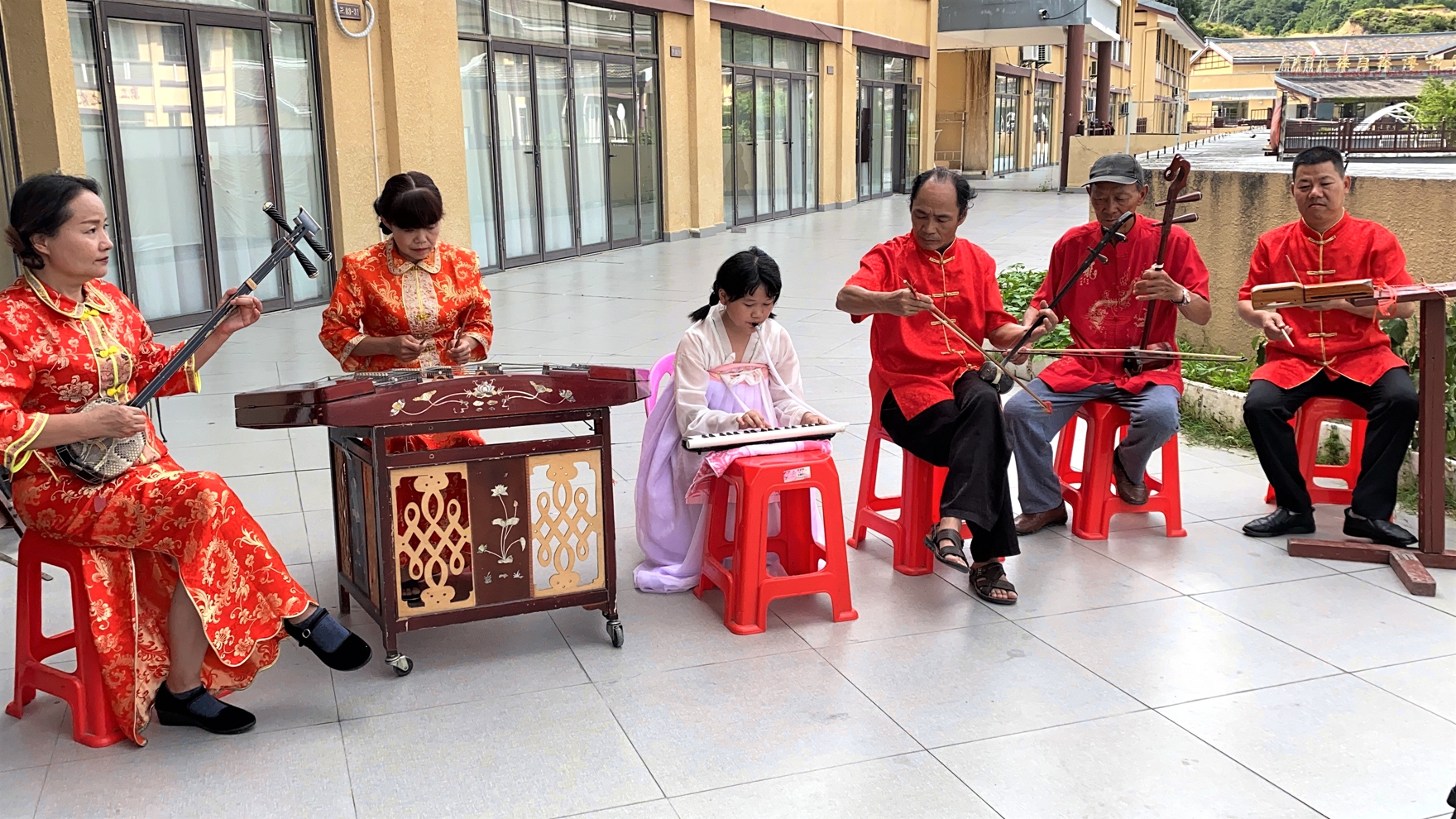 Li Fuyuan during rehearsals with other artists. /Photo via fjydnews.com

Li Fuyuan during rehearsals with other artists. /Photo via fjydnews.com

"We have many beautiful Hakka folk songs, so then I started looking for other Hakka folk music pieces," Li added. He now frequently entertains tourists to Longyan City, in Fujian Province, where he resides, with folk songs with Hakka elements.

Li's hometown is one of the most famous and touristy destinations in east China as it is home to Fujian Tulou, or "earthen building," which was designated as a UNESCO World Heritage site in 2008.

The buildings are traditional communal Hakka people's residences with vernacular structures that were constructed between the 15th and 20th centuries. 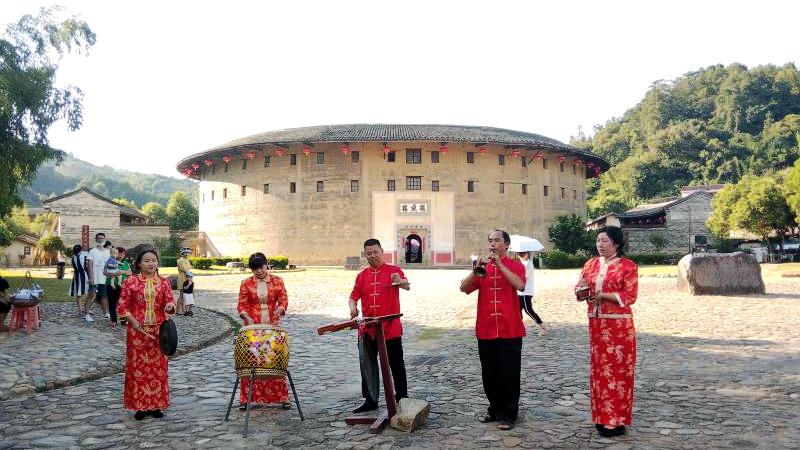 Li Fuyuan and other artists perform in front of a Tulou in Longyan City, in Fujian Province, east China. /Photo via fjydnews.com

Li Fuyuan and other artists perform in front of a Tulou in Longyan City, in Fujian Province, east China. /Photo via fjydnews.com

Li hopes that more people can learn about the Hakka culture and music through his performances.

The talented folk musician also expressed hope that more children can be inspired by his story to learn Hakka music and keep the heritage alive through song and dance.

"Now, I have many children and young people as my students to learn our traditional old crafts," he said.

"I hope more children can help pass on Hakka culture and this excellent music from generation to generation."