No matter how the game plays out, HK will remain China's HK
Dawood Auleear 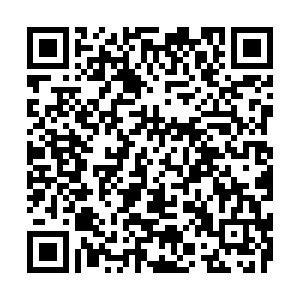 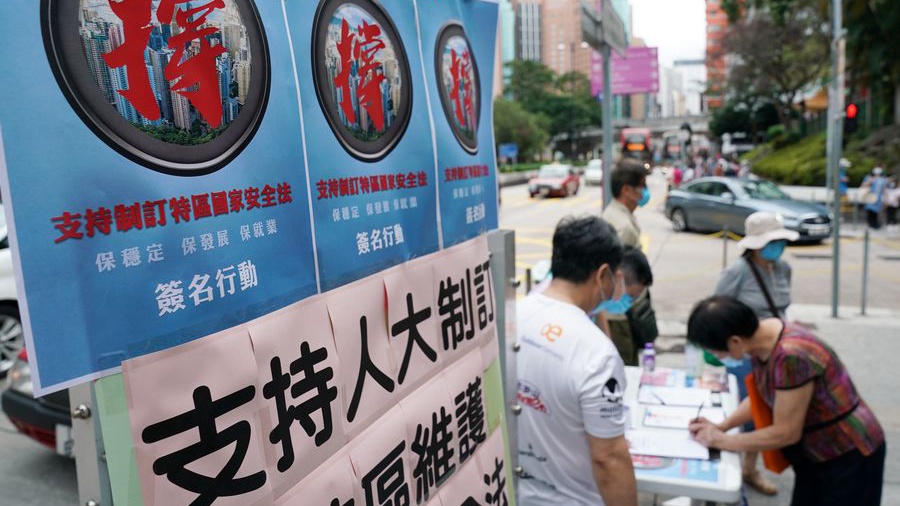 A street campaign in support of national security legislation for the Hong Kong, China, May 23, 2020. /Xinhua

A street campaign in support of national security legislation for the Hong Kong, China, May 23, 2020. /Xinhua

Editor's note: Dawood Auleear is a China watcher based in Mauritius. The article reflects the author's views, and not necessarily those of CGTN.

One needs to understand that putting Hong Kong in the spotlight is part of a larger design to defend and maintain Western hegemony.

Who is behind this game? The leader is the U.S. whose allies are several White Christian Anglo-Saxon nations, and Japan and they like to call themselves indecently the World Community.

The arms they use are their wealth whose seed is slavery, genocide, colonization, the pillage of poor nations' resources, hegemony of the dollar which replaced the gold standard and which allow them to control the world financial system and use sanctions on independent countries, their military-industrial complex and their propaganda machine aka the Presstitute. Two books give a learned insight on this matter: The CIA: A Forgotten History (later updated and entitled Killing Hope) and Rogue State, both written by the late U.S. journalist William Blum.

The U.S. fashioned the Monroe doctrine to make the whole world its area of influence. They assigned themselves the role of God's chosen people to bring civilization. In fact, it is a smokescreen to hide the loot of the wealth of nations.

How they operate: Dictate every country's policy, the mantra is "do as we say or we will bomb you into the Stone Age." And they have done it, to name a few, Iraq, Vietnam, Haiti, Grenada. So, the U.S. has thousands of military bases that dot the world and have intervened in dozens of countries bombing civilians and civilian targets. They keep their knees on our throats.

They interfere in the domestic policies of all countries. Many world leaders have realized that they can't bear the dictate of the Hegemon in Chief. They have opted to think differently. The dissenting voices came from Cuba, Venezuela, Chile, Russia, Iran, and finally China, which is perceived to be the biggest threat because China has a proud history, a millennium culture, and has the potential to challenge the U.S. 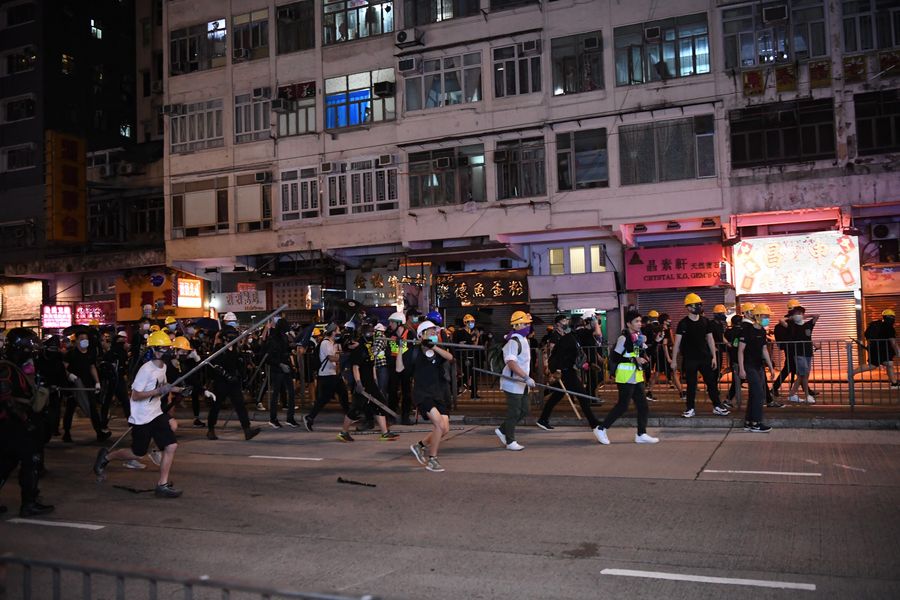 China is using soft power humanely and, especially through the Belt and Road Initiative, is winning hearts and minds of the wretched of the Earth. Also, China has never invaded another country, and one may ask where is the problem for the West?

Related to the HK issue is the case of Huawei, the tech company. The pretext of security threat is just a pretext. Because the U.S. cannot compete, they are therefore calling on their puppets not to use Huawei equipment as China would spy on them. But just look at the control Facebook, Microsoft and other U.S. tech companies have on the world. What is sauce for the gander should be sauce for the goose!

Western supremacy is on its way out. So the forces of the status quo are using all weapons at their disposal to destroy China: Tried by using allies to encircle and contain China, by using economic weapons like a boycott, and by demonizing it. The latest in a long line of measures is the hue and cry on the law amendments of Hong Kong.

What China is doing in Hong Kong is China's business. There is nothing wrong in what China is doing because its version of the security law is more democratic than that of, the U.S. for instance. Besides, China should be the sole decider. No one has the right to interfere in China's internal affairs. Period. By the way, when the UK was in charge of Hong Kong, there was no democracy, so why the complaint now about democracy in Hong Kong? They talk about "One Country, Two Systems," but they concentrate only on two systems and ignore the one country aspect.

What an irony! Nobody intervened in China's favor when the opium trade was imposed on it, no tears were shed when Taiwan, Macao, and Hong Kong were being carved out from its territory. No freedom fighters intervened to decolonize Hong Kong.

The West is targeting Hong Kong because the ground is slipping under their feet, and they can no longer call the tune because increasing numbers of those they are exploiting are aligning with China. They are losing their primacy as the sole commander of the world.

Hong Kong is also of strategic importance to the West as a vantage point from where to interfere in Chinese domestic affairs and to destabilize it. The new law will restrain the leveraging power of their massive investment in the HK financial hub and the use of Hong Kong as a spy nest to watch China.

In a word, the West is perceiving the Chinese move for its security concern as their existential threat. And demonizing China over the law amendments of Hong Kong is one arm in the Western arsenal. The West has no moral authority to perch itself on the moral high ground and dictate because it has blood on its hands.

China's foreign policy is tilting world opinion in its favor, and an increasing chorus of voices are aligning with China. The Western threat to Hong Kong's financial hub will fizzle out. Hong Kong will remain China's Hong Kong.