Poll: 80% of Americans think the country is headed in wrong direction
CGTN 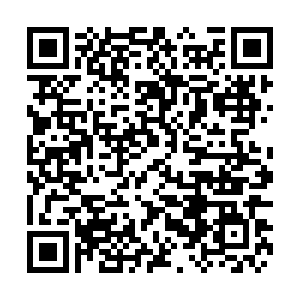 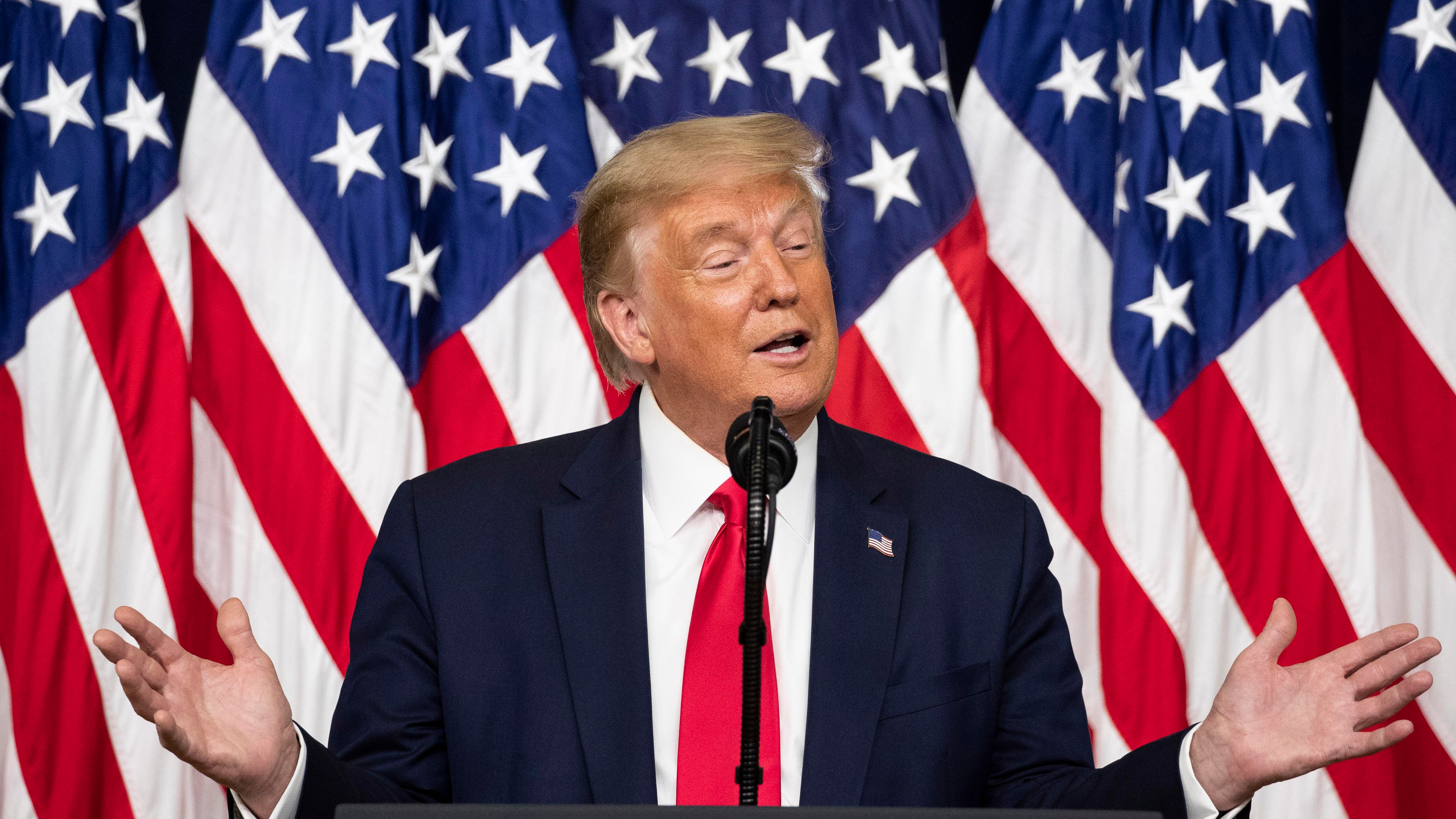 With the November election 100 days away, more Americans say the country is heading in the wrong direction than at any previous point in Donald Trump's presidency, putting the incumbent leader in a perilous position as his re-election bid against Democrat Joe Biden enters a pivotal stretch.

A new poll from The Associated Press-NORC Center for Public Affairs Research makes clear the challenge ahead for Trump on that front: 8 in 10 Americans say the country is heading in the wrong direction. That's more than at any point since Trump took office. The poll also finds just 38 percent of Americans say the national economy is good, down from 67 percent in January, before the pandemic upended most aspects of their everyday life.

The AP-NORC poll also finds Trump's approval rating for his handling of the COVID-19 pandemic falling to a new low, with just 32 percent of respondents supportive of his approach. Even Trump's standing on the economy, long the high water mark for the president, has fallen over the past few months after seeming ascendant earlier this year.

Overall, 38 percent of Americans approve of the president's job performance — well within the narrow range that Trump's approval ratings have stayed throughout this presidency, but down slightly from earlier this year before the pandemic. Most Republicans - 81 percent - approve of Trump's job performance, but just 68 percent of Republicans support his handling of the pandemic. 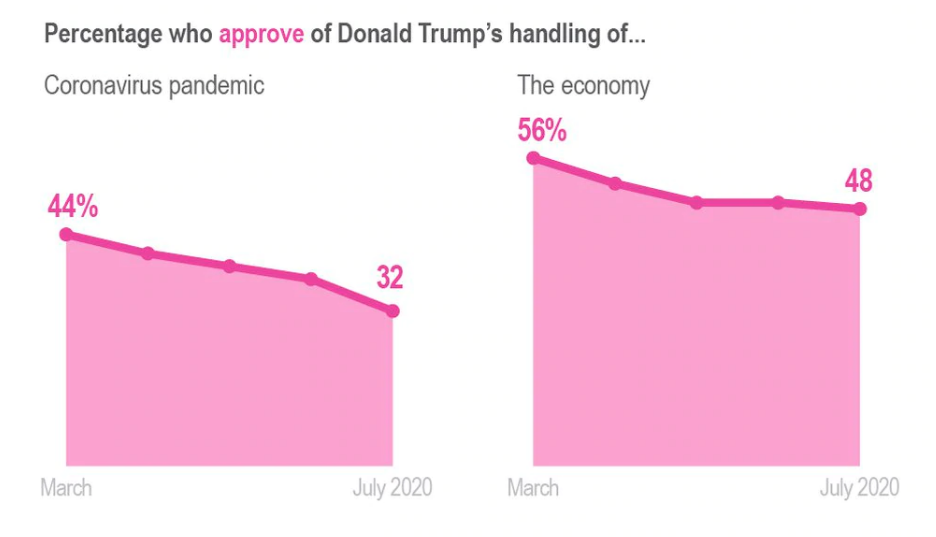 "People are sick and tired of a government that is divided and broken and unable to get things done," said Kate Bedingfield, Biden's deputy campaign manager. "What people feel like they're getting from Trump right now is a hodgepodge mess of self-interested political talk."

The past few months have proved to be beneficial for Biden's campaign. He managed to swiftly consolidate the Democratic Party in ways Hillary Clinton, the party's 2016 nominee, struggled to do. Biden's fundraising, a weakness for him in the primary, has surged, allowing his campaign to build out infrastructure and start ad spending in both traditional battleground states and more aspirational targets, including Texas and Georgia.

Biden has also benefited from Trump landing on the wrong side of the public in his initial reactions to the pandemic. For example, 3 in 4 Americans back requiring people to wear masks in public, which Trump initially dismissed.

Another pandemic test for the president lies ahead in August and September, as Trump and his administration aggressively try to sell a skeptical public on reopening schools. The poll finds that about third of Americans are opposed entirely to the idea, while close to half say major adjustments to instruction will be required.

Democrats have been buoyed by public polls finding Biden ahead of Trump both nationally and in some battleground states by a comfortable margin. However, Biden advisers caution that they expect the race to tighten in the final stretch before Election Day as more Republicans who may be dissatisfied with Trump's job performance gravitate back to their party's leader.

Publicly, Trump and his advisers say they have been here before: underestimated and counted out. They point to public polls throughout the summer of 2016 that showed Trump trailing Clinton, only to eclipse her on Election Day.

But privately, Trump's political aides and allies have spent months trying to sound the alarm bells for the president, warning that he could lose the Midwestern battlegrounds he carried in 2016, as well as some reliably red states, if the trajectory - both of his campaign and the virus - continues.

One of the most concrete signs that Trump recognized he had gone off course came this month, when he demoted longtime campaign manager Brad Parscale, replacing him with experienced GOP operative Bill Stepien.

Stepien told reporters he expects the campaign to "be a knock-down, drag-out fight to the very end."