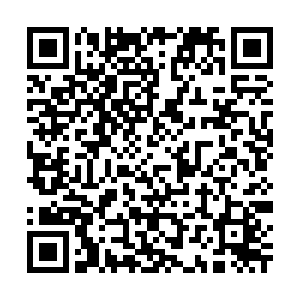 A Chinese envoy on Tuesday asked for an end to hostilities and for a political settlement on the conflict in Yemen.

The current situation in Yemen is not favorable. The international community must step up its efforts to push for an early breakthrough in the political settlement of the Yemeni issue, said Zhang Jun, China's permanent representative to the United Nations.

China supports the search for a solution to the Yemeni problem from the three aspects of a nationwide cease-fire, economic and humanitarian measures, and comprehensive political negotiations, he told the Security Council.

Is Yemen going to split into two countries?

Parties to the conflict should stop violence and improve the security situation on the ground. The international community must remain committed to a political settlement and continue to promote good offices and mediation. The humanitarian situation in Yemen should be improved and humanitarian access guaranteed, he said.

The issue of the Safer oil tanker, spills from which may cause disasters, should be given great attention. All parties concerned should maintain dialogue to ensure that a UN technical team can conduct safety assessments and do repairs as soon as possible, said Zhang. 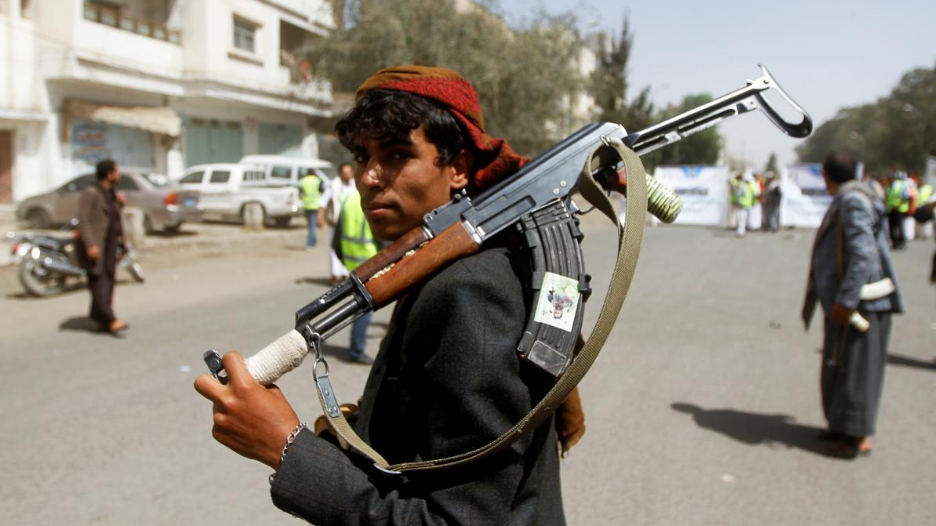 A Houthi supporter looks on as he carries a weapon during a gathering in Sanaa, Yemen, April 2, 2020. /Reuters

A Houthi supporter looks on as he carries a weapon during a gathering in Sanaa, Yemen, April 2, 2020. /Reuters

On the verge of collapse

Meanwhile, UN Undersecretary-General for Humanitarian Affairs Mark Lowcock warned that the humanitarian crisis in Yemen has never been worse on same day.

"Famine is again on the horizon. Conflict is again escalating. The economy is again in tatters. Humanitarian agencies are again nearly broke," Lowcock told the Security Council in a briefing. "And then the new problems: COVID-19 is spreading out of control, and we have the sorry saga of the Safer tanker."

Lowcock warned that funding for the aid operations in Yemen is on the verge of collapse.

The United Nations and partners used to provide food to 13 million hungry people every month in Yemen. Because of funding cuts, only five million of those people are still getting full rations. Eight million have had their rations cut in half. Similar cuts are affecting millions of people who rely on aid for water, health care and other needs, he said. 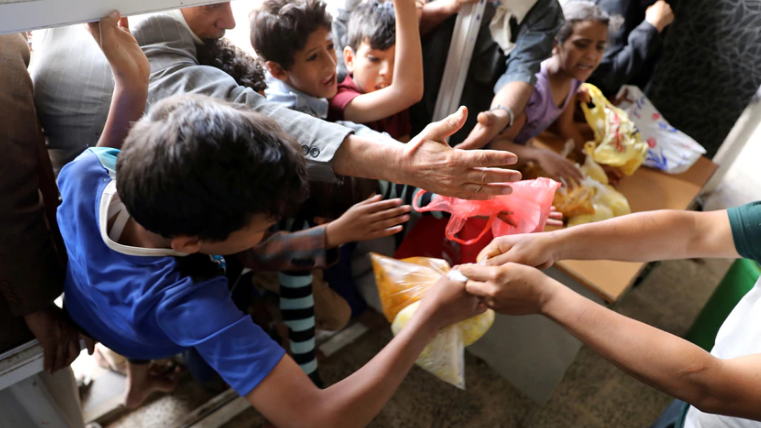 People crowd to get food rations from a charity kitchen in Sanaa, Yemen, July 20, 2020. /Reuters

People crowd to get food rations from a charity kitchen in Sanaa, Yemen, July 20, 2020. /Reuters

Aid organizations have so far received about 18 percent of what is needed for this year's humanitarian response plan, he said.

When the risk of famine was the greatest in late 2018, the exchange rate had fallen to 800 Yemeni rials to the U.S. dollar. On its current trajectory, economists predict the value of the rial will drop to 1,000 to the dollar in the coming months. Already in some areas, the rate has been well above 700 rials for weeks, he noted.

The exchange rate is one of the major determinants of the price of food and other commodities – nearly all of which are imported. In other words, as the rial collapses, fewer people will eat, he said.

Fuel is another key determinant of basic commodity prices. Fuel is needed to distribute goods around the country, pump drinking water and power basic services. In June, only 8,100 metric tons of commercial fuel imports reached Hodeidah, by far the lowest amount ever recorded, said Lowcock.