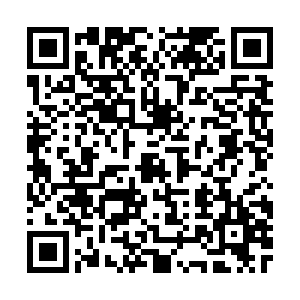 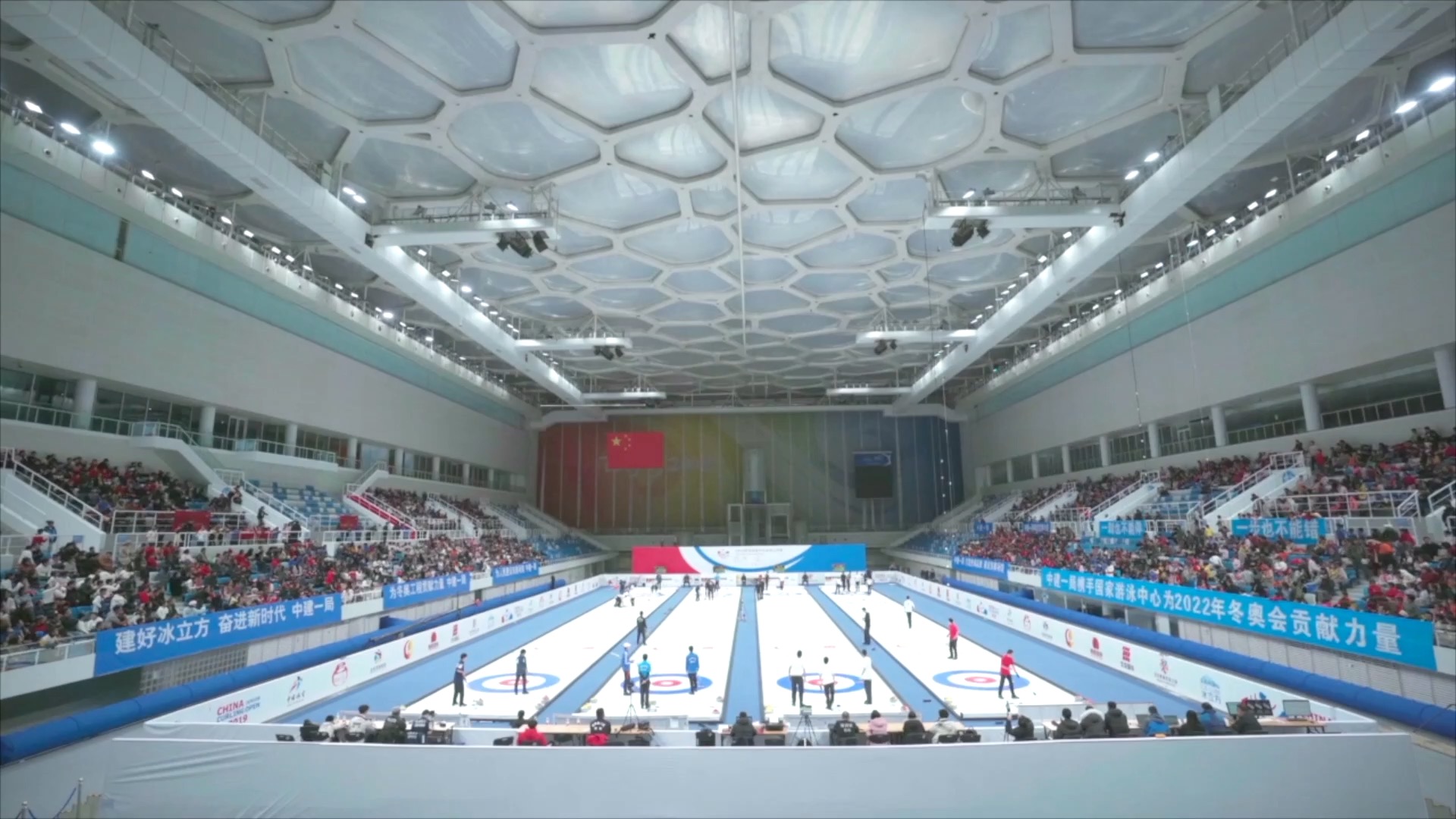 "In the beginning, it took us a couple of months, now 20 days will suffice," said Yang Qiyong, general manager of the Beijing National Aquatics Center on Tuesday, making room for reporters to gasp in awe. The soft-spoken veteran, who has overseen the iconic 2008 Olympic venue for more than a decade, was merrily opening up about the amount of time needed to convert the center's flawless swimming pool to a stellar ice rink. 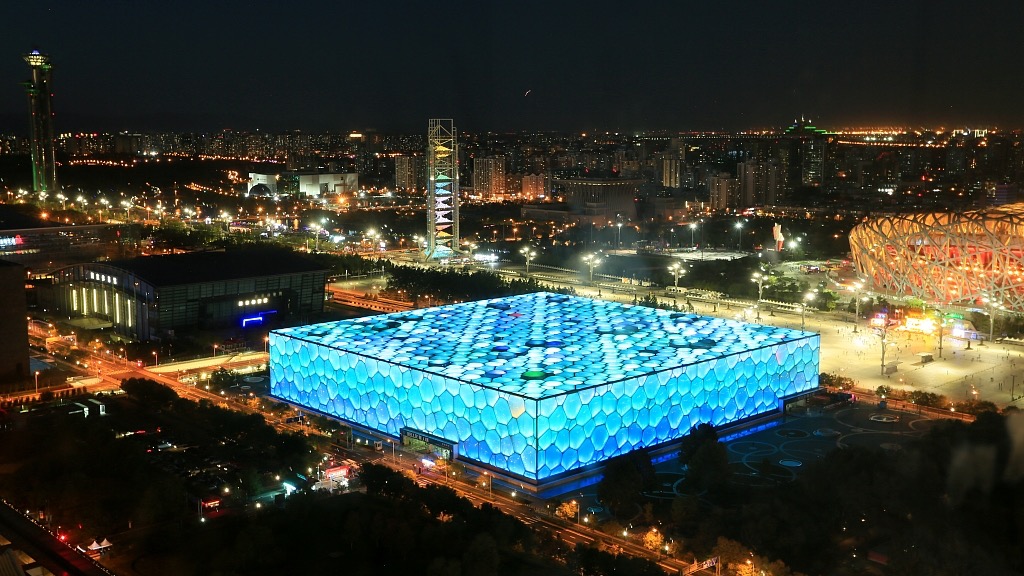 The pioneering attempt to transform the "Water Cube" into the "Ice Cube" for the 2022 Winter Olympics' curling event is part of Beijing's commitment to a new Olympic agenda for a "stronger focus on sustainability, legacy, and transparency." It reflects the stride that China has taken towards fulfilling its 2022 mission of "green, open, inclusive and clean" games.

"Maximize the use of existing venues and facilities, such as the 'Water Cube', is a main aspect of our sustainability plan," added Yang. "It's not an easy process. After working out the solutions to multiple technical problems arising from the 'water-ice conversion,' we spent another year wrapping up the installation of the ice-making apparatus, the renovation of the air-conditioning set-up and the dehumidification systems." 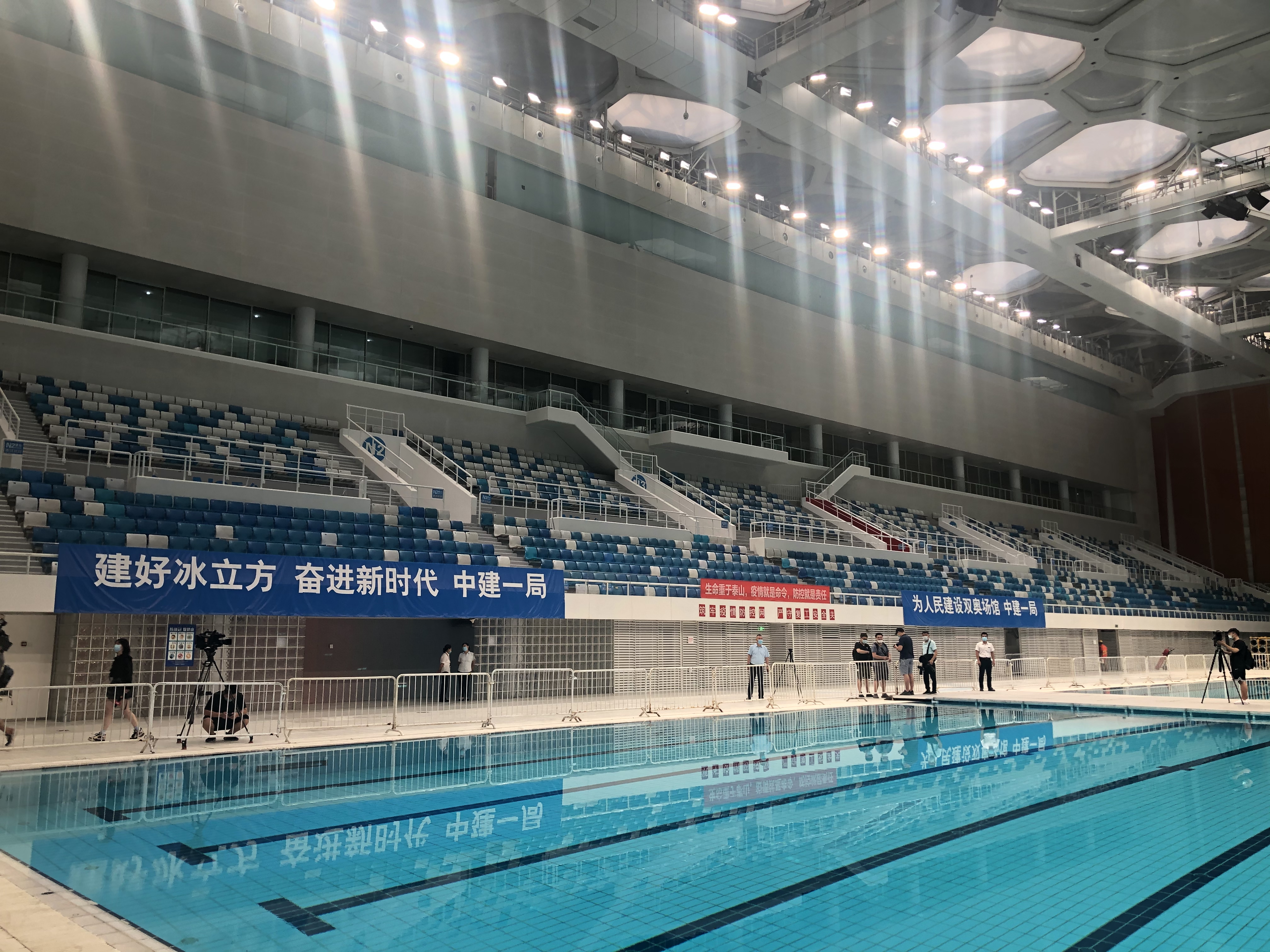 The National Aquatics Center, better known as Water Cube, as a venue to host the aquatics events at the Beijing 2008 Summer Olympic Games. /CGTN

The National Aquatics Center, better known as Water Cube, as a venue to host the aquatics events at the Beijing 2008 Summer Olympic Games. /CGTN

The "Ice Cube" will feature a smart gadget regulating the internal environment. According to the renovation plan, the ice temperature will be kept below minus 8.5 degrees Celsius, while a temperature of 10 degrees Celsius will be maintained 1.5 meters above the ice surface. The spectator stands will see the temperature fluctuate between 16 and 18 degrees Celsius.

"After the rink, interior temperature, humidity and lighting at this venue are all confirmed to meet Olympic standards, we staged a curling test event 'China Junior Open' in December last year that went without a glitch," beamed Yang. "It represented the first time in history that curling is held on a chunk of transferable ice. For now, everything is going smoothly."

The same could be said about the preparations for the National Speed Skating Oval, one of only two new venues in downtown Beijing, where 11 of the 13 facilities scheduled for indoor events in 2022 are the old guard from the 2008 Summer Games. 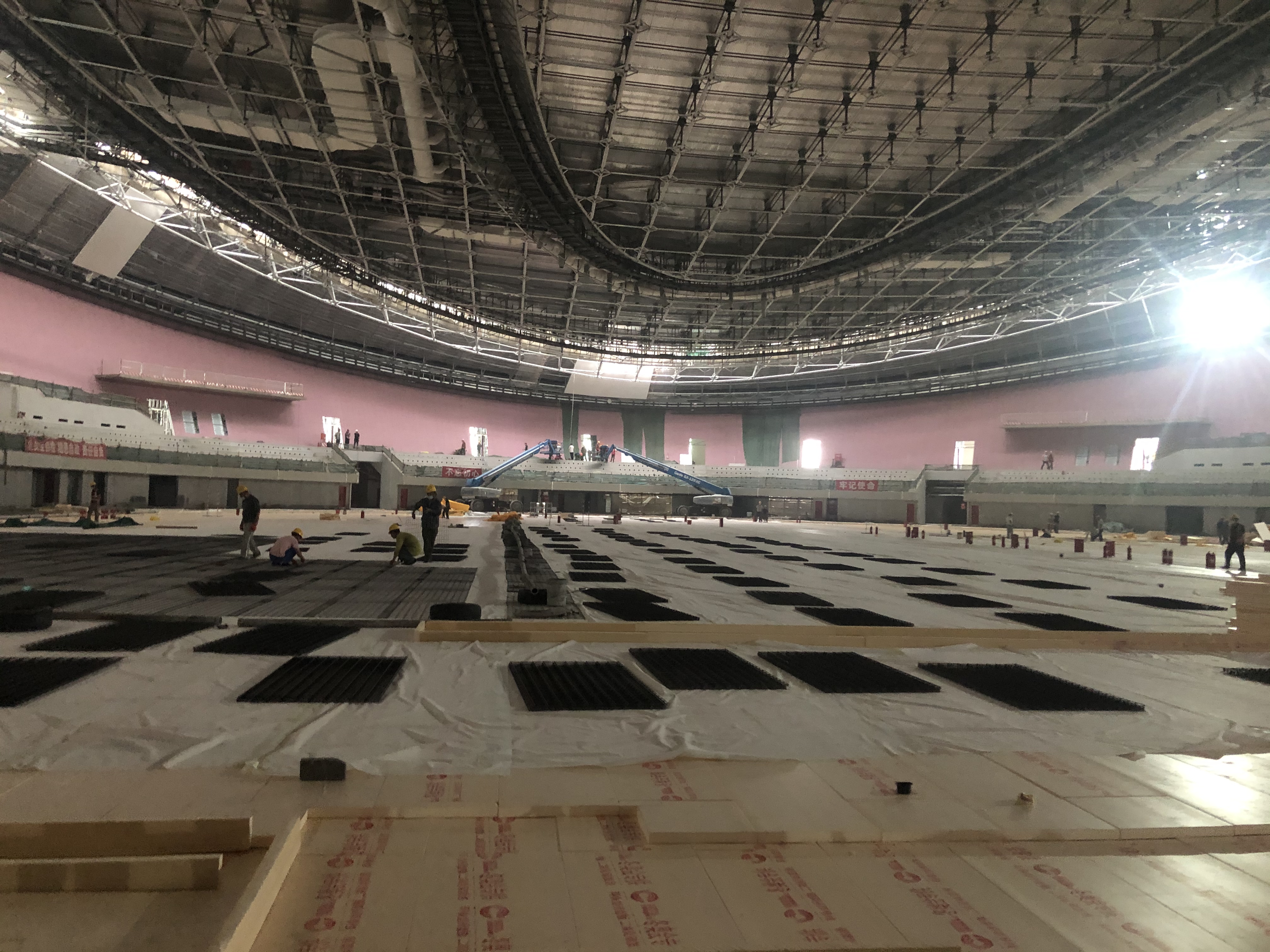 The sleek oval project, nicknamed the "Ice Ribbon" owing to the 22 light strands encircling its exterior, is set to be completed in October, with sustainability being integrated into every aspect of the construction work.

"Right here, we are equipped with the most extensive full ice design in Asia, with an ice surface area of 12,000 square meters," said Ma Jin, chief engineer of the ice making project at the oval. "The power supply of the venues will be provided by renewable energy, while CO2 refrigeration systems is being used for the first time for making ice at the Olympics."

"The heat generated from the systems will be utilized for dehumidification, ice surface maintenance and hot water, which could save about two million kilowatt-hours of electricity each year," he added. 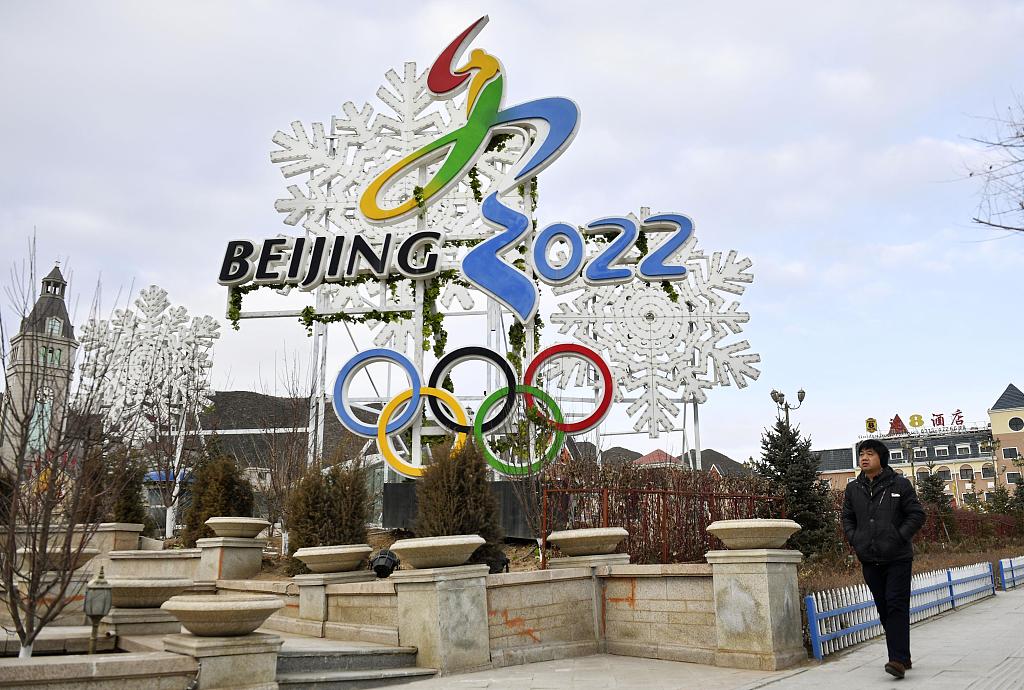 A man walks by a billboard promoting the 2022 Beijing Winter Olympics in Beijing, China, December 19, 2019. /VCG

A man walks by a billboard promoting the 2022 Beijing Winter Olympics in Beijing, China, December 19, 2019. /VCG

Liu Xinping, who heads the sustainability division of the General Planning Department, Beijing 2022 Organizing Committee, pointed out that China's unswerving dedication to sustainability could have a far reaching impact on the sports industry.

"By advocating environmental sustainability and driving coordinated development to improve people's quality of life, Beijing 2022 could galvanize broader change and create a strong model for positive interconnection between the Olympic movement and the hosts," she observed.

"It could become a powerful driving force behind the Green Olympics," she added.