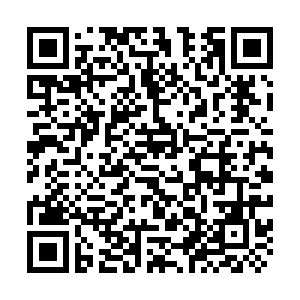 Sighting of three tigers in western Thailand for the first time in four years has raised hopes for the revival of the big cat population in the region.

Remote camera traps captured the images and videos of the tigers prowling inside the deep forest, trying to establish a new breeding ground. Rampant poaching, illegal wildlife trade and shrinking habitats have decimated the number of Indochinese tigers to only 160 in Thailand.

Thailand's Department of National Parks (DNP), Panthera and the Zoological Society of London (ZSL) collaborated to launch anti-poaching programs to provide a safe habitat for tigers in the country. They set up surveillance equipment,  including camera traps to monitor the movement of tigers and also poachers.

The footage was released today to mark Global Tiger Day. "Sightings are definitely giving us hope because tigers are moving into a new area, and that's a sign of a recovering population," Chris Hallam, regional coordinator for Southeast Asia, Panthera told CGTN.

Safeguarding the tiger range in the eastern and western Thailand is a tough task as it shares borders with countries like Myanmar, Cambodia and Laos, requiring a robust cross-border collaboration. While Laos has no tigers, in Cambodia animal has been placed under the functionally extinct category.

"We have had instances of tigers traveling from Thailand into Myanmar and then coming back, and vice versa. We do need some sort of collaboration and transboundary work there," added Hallam.

The prospect of tiger population revival has prompted the government and wildlife conservation organizations to beef up anti-poaching and habitat restoration work.

"We are keenly monitoring the region to determine if these individuals establish territories, ultimately helping to achieve Thailand's goal of increasing tiger populations by 50 percent by 2022," said Dr. Saksit Simcharoen, chief, Wildlife Research Division for DNP.

Globally, the tiger population has plummeted from 100,000 a century ago to barely 3,900 individuals. Concerned over the looming extinction threat, a Global Tiger Recovery Programme has been launched to double the global population of tigers by 2022 to coincide with the Chinese Year of Tiger.

While the tiger population is rising in India, Nepal and Russia, the same is not happening in other countries, said the participants at the third Stocktaking Conference on the Global Tiger Recovery Programme held last year.

The ongoing pandemic has become an emerging threat to wild animals, with wildlife protection organizations warning governments about the possibility of an increase in poaching.

Lockdowns in place to contain the transmission of new coronavirus have severely hampered the movement of rangers and supply of surveillance gears inside remote areas.

But in the long term, reduced tourism will hamper the flow of revenue, affecting conservation work, he added.

(Cover: Camera traps installed in the forest of western Thailand as part of the anti-poaching effort show the movement of tigers for the first time in four years. /Panthera)