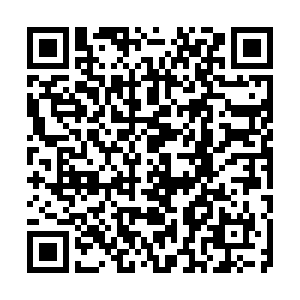 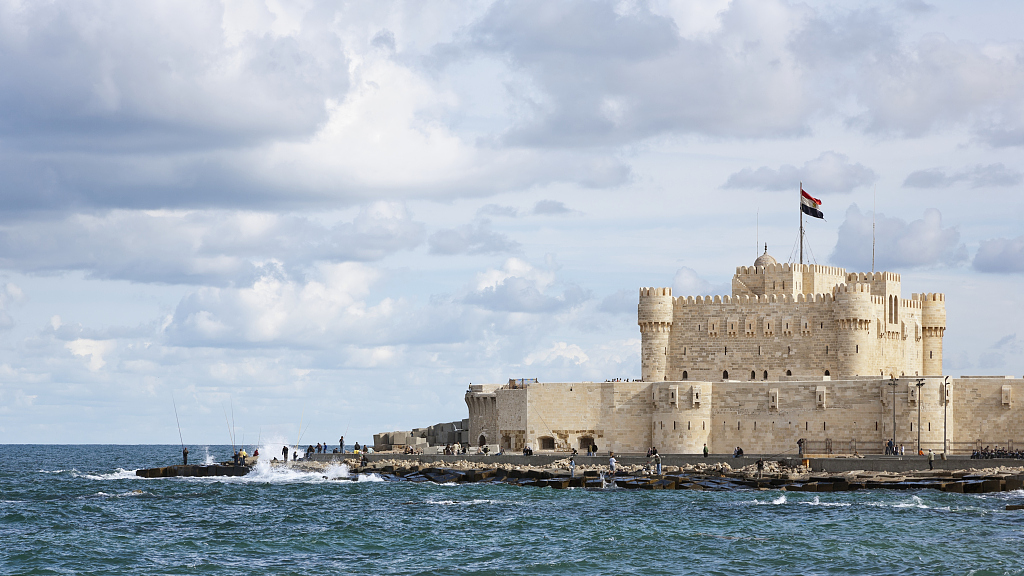 Editor's note: Guy Burton is an adjunct professor at Vesalius College, Brussels, where he teaches global governance and a Fellow on the Sectarianism, Proxies & De-sectarianisation Project at Lancaster University. The article reflects the author's opinions, and not necessarily the views of CGTN. This is Part I of his analysis.

Last week a naval alert was announced by Greece when a Turkish drilling ship was spotted off the coast of the Greek island of Kastellorizo. By the end of the week, however, the crisis had abated; Turkey said it would delay its survey of the seabed.

Rather it is only one part of a bigger problem, in which the interests and demands of several countries overlap and impact each other. 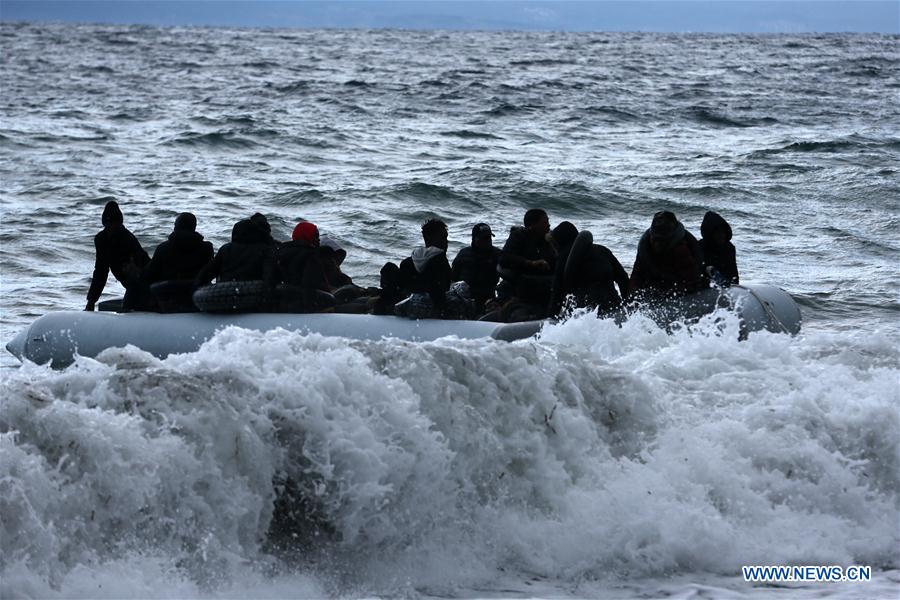 A boat with refugees and migrants arrives at Skala Sikaminias, on the Greek island of Lesbos, Greece, February 29, 2020. /Xinhua

A boat with refugees and migrants arrives at Skala Sikaminias, on the Greek island of Lesbos, Greece, February 29, 2020. /Xinhua

The first problem is the presence of oil and gas deposits under the eastern Mediterranean seabed. Locating and extracting them will be economically beneficial for the countries which have sovereignty over those fields.

But a second problem makes the development of those energy resources difficult: the question of maritime jurisdiction. The eastern Mediterranean is home to numerous countries, all of which have to co-exist within a relatively confined space. Their claims over the ocean and the seabed beyond their shores mean that they often compete with each other.

The principal international treaty doesn't help in this regard.

In 1982 most countries signed up to the UN Convention on the Law of the Sea (UNCLOS). It was meant to resolve any differences regarding oceanic among countries. Signatories agreed that all countries could claim the territorial sea up to 12 nautical miles from their coastlines. Above and below water, countries have complete sovereignty to do what they want.

Beyond territorial waters, countries can also claim an exclusive economic zone (EEZ) up to 200 nautical miles from the shore. Here they can explore, manage and exploit natural resources both in the water and under the seabed.

Alternately, they can claim the continental shelf, also up to 200 miles from the coast, and in which they limit their activities to the exploitation of any resources under the seabed.

There shouldn't be any problems with these rights in principle. But in practice, they have proved difficult to achieve in the eastern Mediterranean: the existence of islands spread across the waters means that countries like Greece can lay claim to sovereignty far beyond the mainland.

In the case of Kastellorizo, the island is more than 550 miles from Athens, but only one mile away from the Turkish coast.

Turkey therefore rejects claims to full maritime rights. It also believes it isn't bound to accept them, since it is not a UNCLOS signatory. Being outside UNCLOS, it also rejects Cyprus's own EEZ while reaching agreement on delimiting the continental shelf with Northern Cyprus – even though no other country in the world recognizes the de facto state on the north of the island.

Turkey's independent path has meant that other countries in the region have overlooked it in their EEZ agreements with each other. They include Egypt, Israel, Jordan and Greece.

These countries are also cooperating in the energy sector. Last year, Israel, Greece and Cyprus agreed to build a pipeline by 2025 which would enable Israel to supply gas to Europe. Then, in January 2020, the three, along with Egypt, Jordan and Palestine, established the EastMed Gas Forum. The aim of the organization is to coordinate activity between them – much as Organization of Petroleum Exporting Countries (OPEC) does for oil producers. 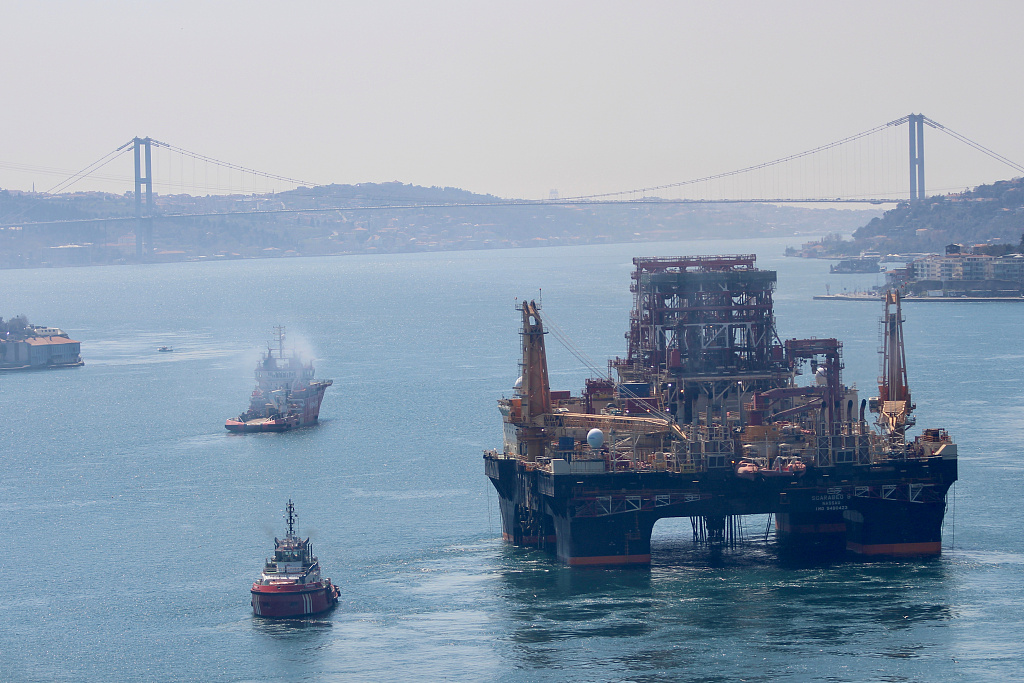 With Turkey not involved, it has instead looked south. In November 2019, it signed an agreement with the Government of National Accord (GNA) in Libya. As well as establishing the maritime borders between the two countries, Turkey also agreed to provide military assistance to the GNA in its struggle against General Khalifa Haftar and his militia forces, who were then besieging the capital, Tripoli.

Turkish material support has been arriving in earnest from January 2020. By June Haftar was in retreat, causing consternation among his allies, including Egypt. Earlier this month, Cairo announced it would move from providing indirect support to the deployment of troops into Libya if the GNA and Turkey persisted with their advance.

As for the maritime component of the GNA-Turkey accord, it angered Athens. The maritime borders cut across its EEZ off the island of Crete, the fifth largest island in the Mediterranean Sea. It also disregarded the planned route for the Israel-Europe pipeline.

Given these disputes and tensions, how might they best be resolved? In a recent blog post for the London School of Economics, Moritz Neubert of the University of Mannheim and Umut Yüksel of the Graduate Institute in Geneva suggested a strategy of diplomacy, third party mediation and international arbitration as the way forward.

On arbitration, Neubert and Yüksel say that neither Turkey nor Greece can litigate against the other using the UNCLOS mechanisms; Turkey isn't a signatory and Greece has chosen to depart from the convention over delimitation issues. Yet if they are prepared to be bound by a decision, there are international courts and tribunals where to take their dispute.

However, given the status quo, they may need a push to do that. Diplomacy could help here, especially if a third country served as mediator. Neubert and Yüksel suggest the UK. As it is no longer a member of the European Union, it could act as an honest broker.

Diplomacy and mediation can also be expanded if necessary. It doesn't need to be limited only to Greece and Turkey, but can also include Turkey's other rivals as well, like Egypt.

Not only would dialogue provide a forum to settle maritime borders, it could also provide space for other, wider discussions as well, including on energy cooperation as well as dealing wither other differences as well.

In the case of Turkey and Egypt, this could potentially include their involvement in Libya.