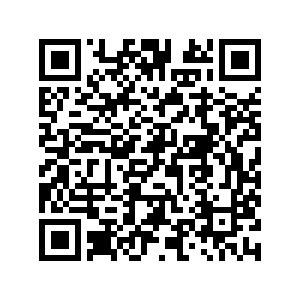 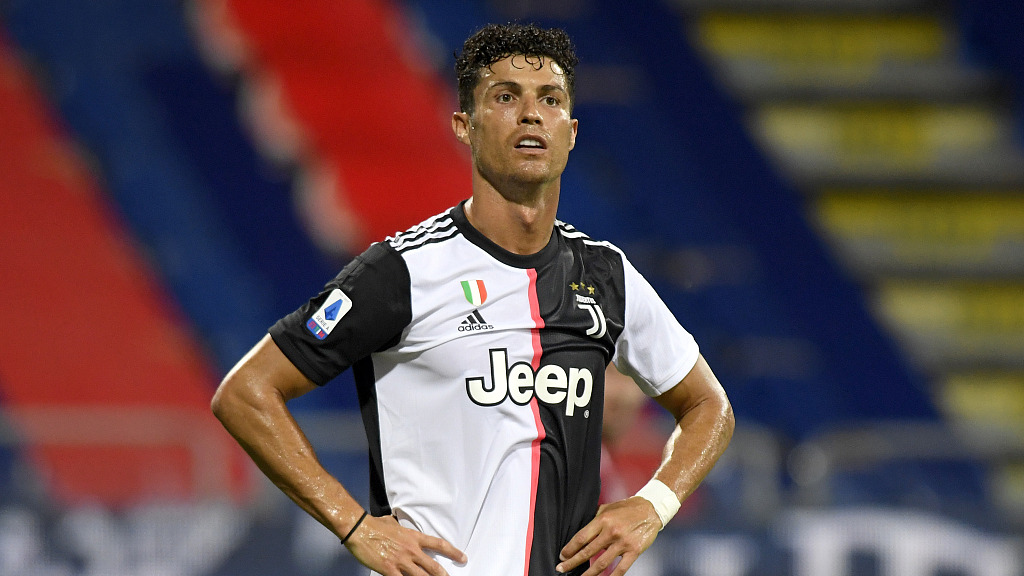 Juventus crashed to a humiliating 2-0 defeat at Cagliari on Wednesday, days after sealing their ninth consecutive Serie A title, with their Champions League last 16 return leg looming.

And the young Italian then teed up Giovanni Simeone in first half stoppage time to give Cagliari their first win over Juventus in 11 years.

Cristiano Ronaldo missed the chance to keep pace with Serie A's leading scorer Ciro Immobile. The Portuguese is now four goals behind the Lazio forward's tally of 35 with one match remaining.

The five-time Ballon d'Or winner had a goal ruled offside after 16 minutes and was denied twice by Cagliari goalkeeper Alessio Cragno as the 13th-placed Sardinians ended their eight-match winless run. 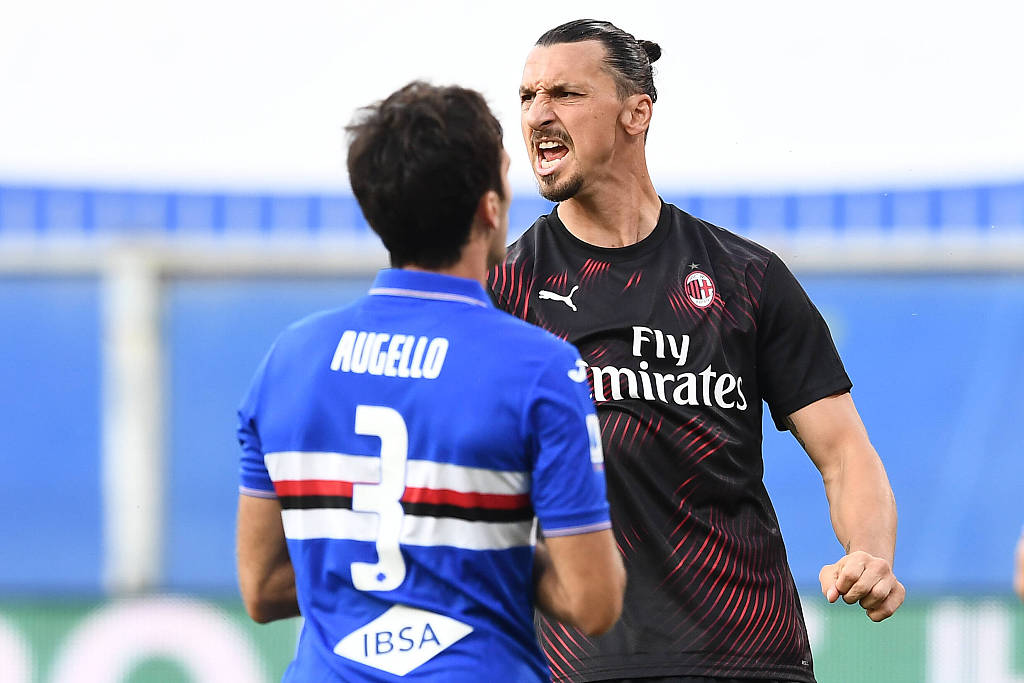 Zlatan Ibrahimovic of AC Milan (R) during the Serie A match against Samp in Genoa, Italy, July 29, 2020. /VCG

Zlatan Ibrahimovic of AC Milan (R) during the Serie A match against Samp in Genoa, Italy, July 29, 2020. /VCG

In Rome, Immobile moved to within one goal of equaling the Serie A single season scoring record as Lazio beat relegated Brescia 2-0 to stay in the race for second place. Immobile struck eight minutes from time to close in on Gonzalo Higuain's record of 36 goals, scored for Napoli in 2015-16.

Lazio are fourth, equal on 78 points with third-placed Atalanta, who beat Parma 2-1 on Tuesday, and one adrift of Inter Milan who are second following their 2-0 win over Napoli.

Inter and Atalanta will go head-to-head this weekend with Lazio's last game at seventh-placed Napoli.

Stefano Pioli's side remain four points behind Roma after Zlatan Ibrahimovic scored twice and set up a third in a dominating display against Samp.

The 38-year-old got his head to an Ante Rebic cross within four minutes in Genoa for his fastest goal in the Italian top flight, before nodding the ball across for Hakan Calhanoglu to add the second six minutes after the break.

(Cover image: Cristiano Ronaldo of Juventus during the Serie A match against Cagliari Calcio in Cagliari, Italy, July 29, 2020. /VCG)