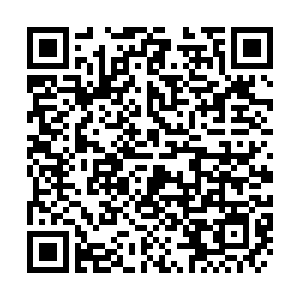 TikTok is currently one of the most popular apps among teenagers in the U.S.; its all-time downloads surpassed 2 billion in April. Sensor Tower reports that TikTok was the third most-downloaded app after WhatsApp and Messenger, ahead of Facebook and Instagram. The other four apps are all owned by Facebook, so TikTok is a serious threat to Facebook's monopoly in social apps.

TikTok and Facebook also have the same demographic group as target, Generation Z, a group with whom TikTok currently enjoys more popularity.

To recapture this group of users, Facebook tried to launch copycats of TikTok: Reels (tied to Instagram) and Lasso.

"To those who wish to launch competitive products, we say bring it on," Mayer wrote in a blog on Wednesday.

"But let's focus our energies on fair and open competition in service of our consumers, rather than maligning attacks by our competitor – namely Facebook – disguised as patriotism and designed to put an end to our very presence in the U.S.," he wrote.

Mayer's post comes after Zuckerberg incited nationalism feelings and touted Facebook as "a proud American company" in his prepared remarks published before his testimony in front of the House Judiciary Subcommittee on Antitrust on Wednesday.

"We believe in values – democracy, competition, inclusion and free expression – that the American economy was built on," Zuckerberg wrote. "Many other tech companies share these values, but there's no guarantee our values will win out. For example, China is building its own version of the internet focused on very different ideas, and they are exporting their vision to other countries."

Among the four U.S tech giants that testified in Capitol Hill, Facebook is the only one that doesn't have any market share in China.

As the clashes between Washington and Beijing continue to escalate, the casualty spilled over to the short video-sharing platform. U.S. Secretary of State Mike Pompeo has said the U.S. is looking at banning TikTok and other Chinese social media apps.

TikTok accepts that it must deal with more scrutiny due to the company's Chinese origins, Mayer said.

"We accept this and embrace the challenge of giving peace of mind through greater transparency and accountability," he said. "We believe it is essential to show users, advertisers, creators, and regulators that we are responsible and committed members of the American community that follows U.S. laws."

TikTok announced plans for a Transparency and Accountability Center, where experts can observe the company's moderation policies in real-time, as well as examine the actual code that drives algorithms. Mayer also called on other tech giants to disclose their algorithms, moderation policies and data flows to regulators.

"We believe our entire industry should be held to an exceptionally high standard," he said.