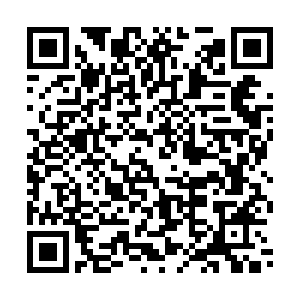 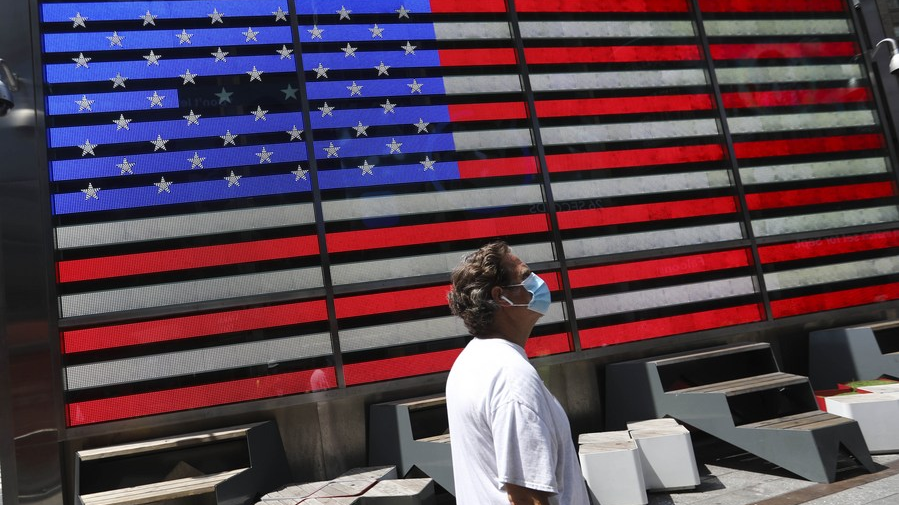 Editor's note: Chris Hawke is a graduate of the Columbia University Graduate School of Journalism and a journalist who has reported for over two decades from Beijing, New York, the United Nations, Tokyo, Bangkok, Islamabad and Kabul for AP, UPI and CBS.The article reflects the author's opinions, and not necessarily the views of CGTN.

"JU$T," one of the big hit songs of this Black Lives Matter and coronavirus summer features the chorus, "Look at all these slave masters posing on your dollar! Get it?"

What does this band, Run the Jewels, want you to get? And why is this question so pertinent now, in the middle of an epidemic that has cost more lives than the United States lost in all the wars after World War II, with the black community suffering disproportionately?

The point, I believe, is this: Freedom in the U.S. is not and has never been about the idea that each person has dignity and should be valued. The revolution, after all, was fought over taxes for the benefit of white landowners. Freedom in the United States from the start has been focused on private property rights. An important aspect of this is the ability of the wealthy to freely exploit and dehumanize other people.

The most extreme example of this idea is chattel slavery.

U.S. Senator and 2024 presidential hopeful Tom Cotton, whose name seems to have been chosen by Charles Dickens, recently made headlines by defending slavery.

"As the Founding Fathers said, it was the necessary evil upon which the union was built," Cotton said, as part of his efforts to stop schools from using as curriculum the New York Times Pulitzer Prize-winning 1619 Project, which explores slavery in America.

Allowing slavery to continue was necessary to get a consensus among the states to revolt. Although some of the founding fathers abhorred the institution, most of them owned slaves. There was a widespread awareness that slavery was wrong, but too much was at stake to change things.

In the wake of the revolution, the right to vote was confined to property holders. Over time, this was modified to include all white men, and in 1870, men of all races, although Jim Crow laws limited blacks from voting until 1964. To this day, Republicans are making laws to create obstacles for black people to vote.

The U.S. Supreme Court starting in the 1820s, has ruled in a long series of decisions that corporations have many of the same rights as people. The same court ruled in 1857 that blacks could not be U.S. citizens, and in 1896 that segregation was legal. From the beginning, corporations had more rights than black people.

The long suppression of the labor movement by different levels of government and their corporate allies in the U.S. is well documented and understood, and is an important part of this story.

Union membership in the U.S. is now at the lowest point since the end of World War II.

This is the historical context. I'd like to explore how it's playing out today.

Generally speaking, in many parts of the U.S., if you don't work, you don't get medical insurance. President Barack Obama tried to change this, but the policy was met with incredible resistance in Republican states. To this day, U.S. President Donald Trump's administration is making efforts to kill Obamacare.

U.S. minimum wage laws are so toothless that many workers hold full-time jobs and cannot afford the basics of raising a family, such as health care, mortgage payments, education, food and rent. 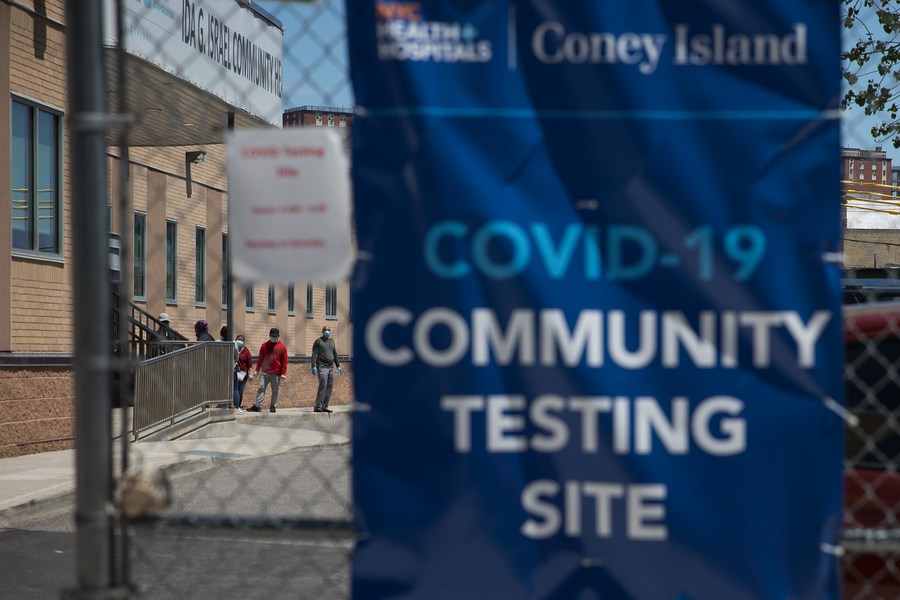 People wait at a COVID-19 community testing center during the COVID-19 pandemic in the Brooklyn borough of New York, the United States, May 14, 2020. /Xinhua

People wait at a COVID-19 community testing center during the COVID-19 pandemic in the Brooklyn borough of New York, the United States, May 14, 2020. /Xinhua

Poor people can't afford to go to the doctor. This, in part, has led to the widespread inequity in death rates between people of color and white people, and also haves and have-nots of all races.

This state of affairs keeps much of the public preoccupied with simply getting by. They have neither the education nor the free time to wonder why an increasing share of the nation's wealth will decrease the population's slice.

Those in the middle class are busy hanging on to what they have.

The system in the United States does not value and offer dignity to every individual, but rather squeezes people for every bit of work that can be wrung out of them and discards them when they can no longer be productive.

The COVID-19 epidemic put a spotlight on this.

Trump's attitude toward the epidemic has confounded people around the world, but it is actually very easy to understand – you must work, even if it means you or your family members will die. The epidemic, in his mind, is like a bad year of the flu. Some people will not survive, but the most important thing is to keep the economy going. People, in this view, are only useful insofar as they are making money for the economy.

In countries ranging on the ideological scale from Canada to Germany to China, keeping people safe was the priority. The government was seen as a vehicle for protecting people and keeping them safe.

In the United States, Trump is pretty clear that he is willing to sacrifice lives just to keep the profits coming in. It's not like the U.S. doesn't have enough money to pay to keep people at home. It is simply choosing not to because it doesn't see people as having innate dignity, but rather as a tool for making money.

Despite warnings from public health officials, Republican governors opened their states and did not emphasize public health measures. These states are now seeing the epidemic rage out of control.

Republicans want to cut by two-thirds the benefits received by unemployed workers, in an effort to force them back to work to get the economy moving again.

Work for us, or face bankruptcy and starve. This is the message coming from the ruling party in the United States. In America, this has always been the bottom line. And this is what Run the Jewels is getting at when they say, "look at all these slave masters posing on your dollar."