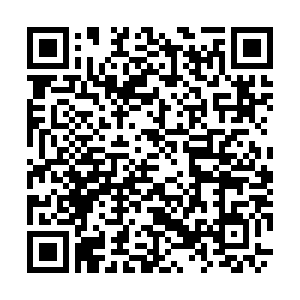 Most people know Bob Dylan, the pop culture icon, as a musician or writer, but now his identity as a painter and sculptor is also getting increasing attention.

Dylan's retrospective exhibition is on a global tour and was just inaugurated in Beijing on July 25 at the Today Art Museum, after making its debut in China last year.

Titled "Retrospectrum," the opening date of the exhibition was postponed one month due to the coronavirus, but it didn't dampen the audience's interest. 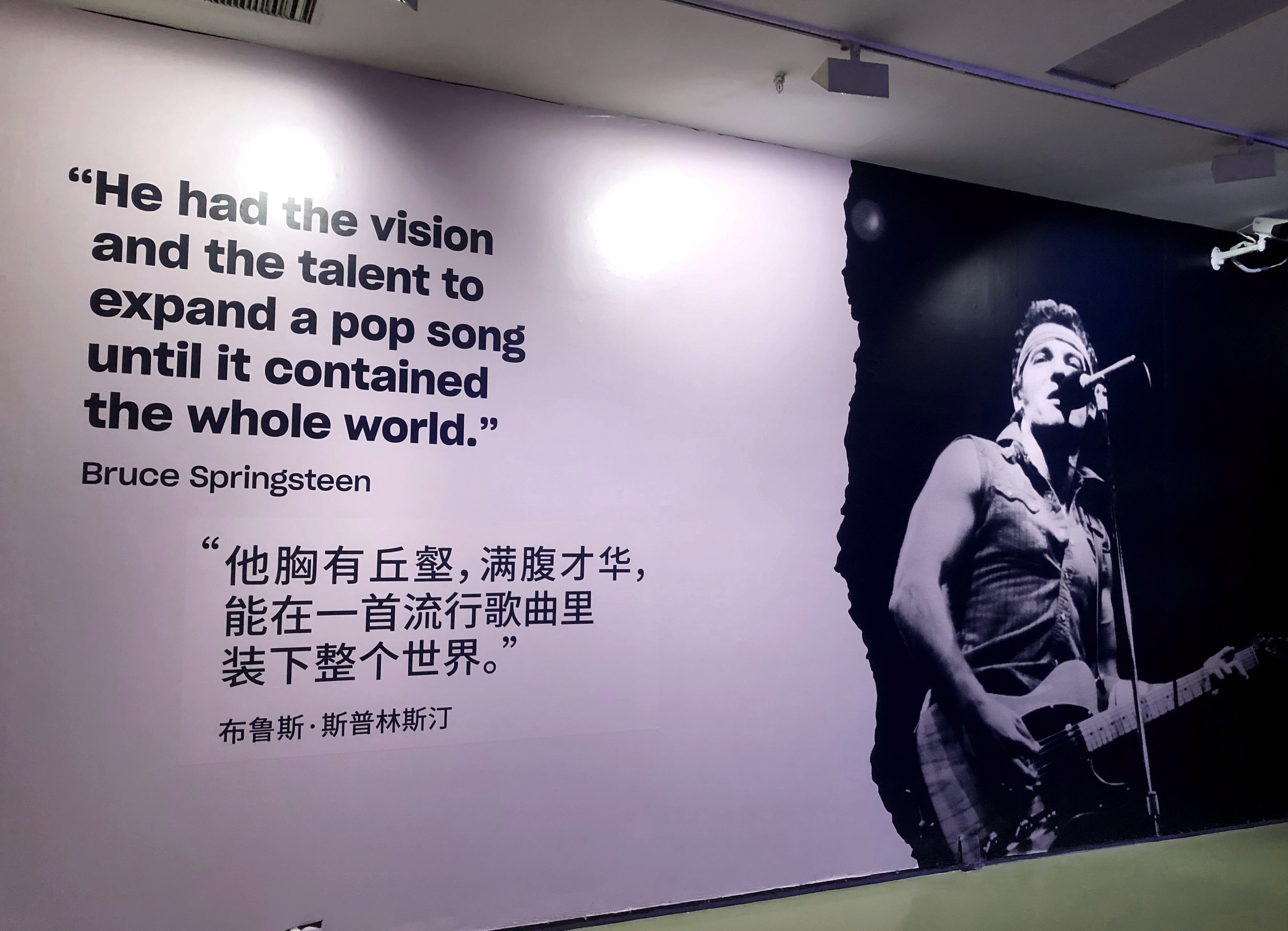 A poster inside the Bob Dylan's Retrospectrum exhibition on July 30. /CGTN

A poster inside the Bob Dylan's Retrospectrum exhibition on July 30. /CGTN

From lyrics to drawings

Some original visual artworks have never been seen by the public before.

"Writings and Drawings" marked the first time Dylan illustrated his songs, which he would do again with his original libretto "Mondo Scripto" series in 2018. "These artworks highlight the relationship between Dylan's songwriting and his visual art," according to the organizer's introduction. 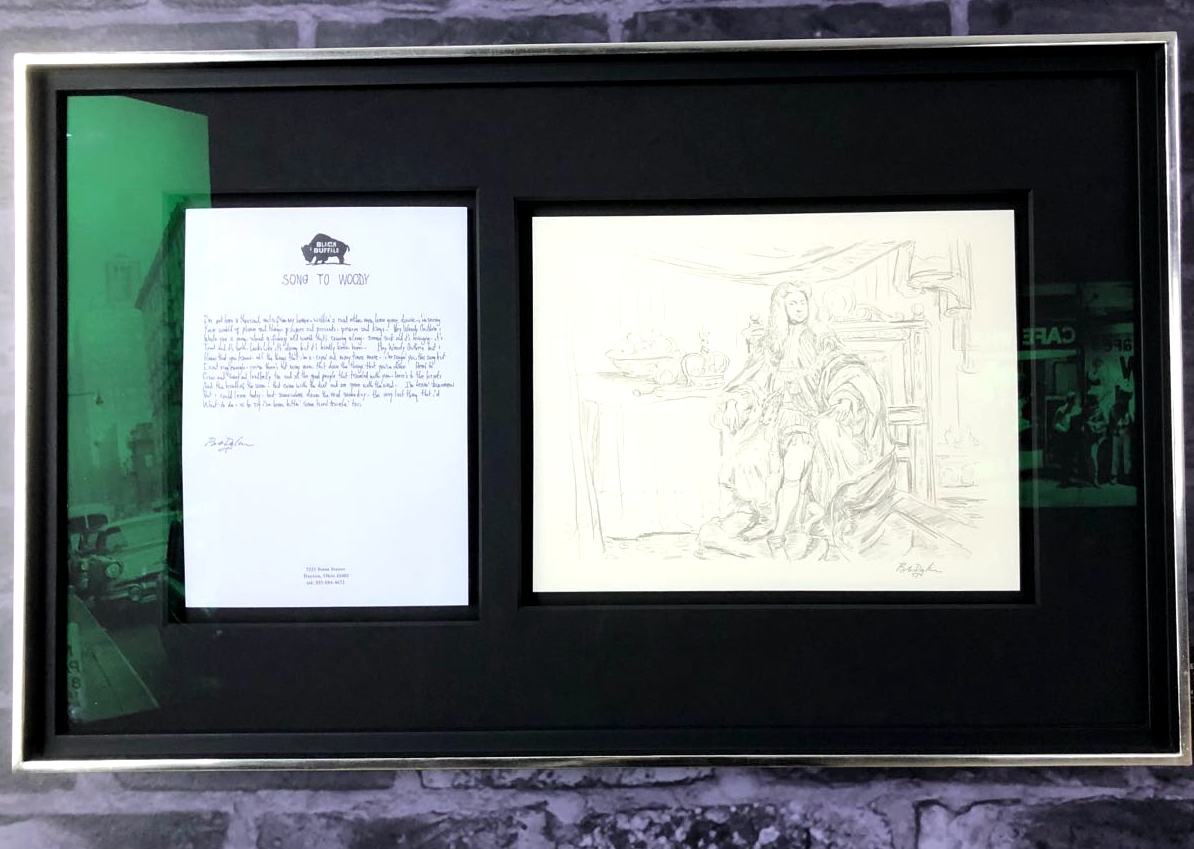 "I've been around iron all my life ever since I was a kid. I was born and raised in iron ore country, where you could breathe it and smell it every day," said Dylan in a statement released by Halcyon Gallery in London in 2013. And ironworks are a part of his artistic creation, which can now be seen in the exhibition.

Born in Hibbing, Minnesota, Dylan uses metal sculptures to recur his childhood marked by growing up near the world's largest iron ore mine. Most of his ironworks are gates made of spanners, chains or other scrap metal items.

"He's drawing from an industrial past, a working man's past," said Paul Green, president of the Halcyon Gallery. "It's partly about looking back but it's also about resurrecting these items and the physical act of putting these objects together." 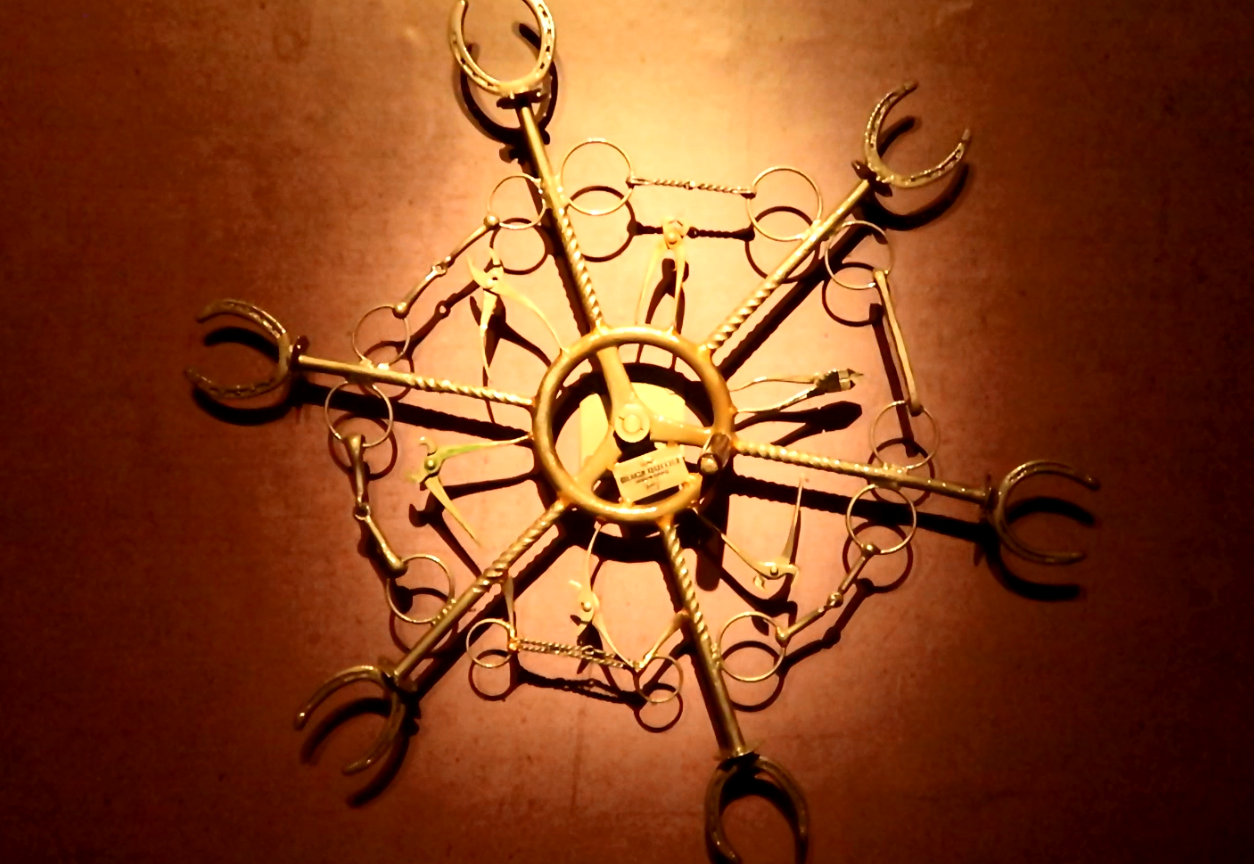 Dylan's poetry and talents are also displayed in his ironwork. In his song "Never Say Goodbye" he wrote:

Audiences in Beijing can make an appointment before visiting the exhibition due to pandemic prevention and control. The exhibition will run through October 18.

(Cover image: A poster of the exhibition outside the Today Art Museum in Beijing. /CGTN)