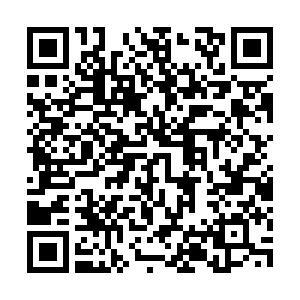 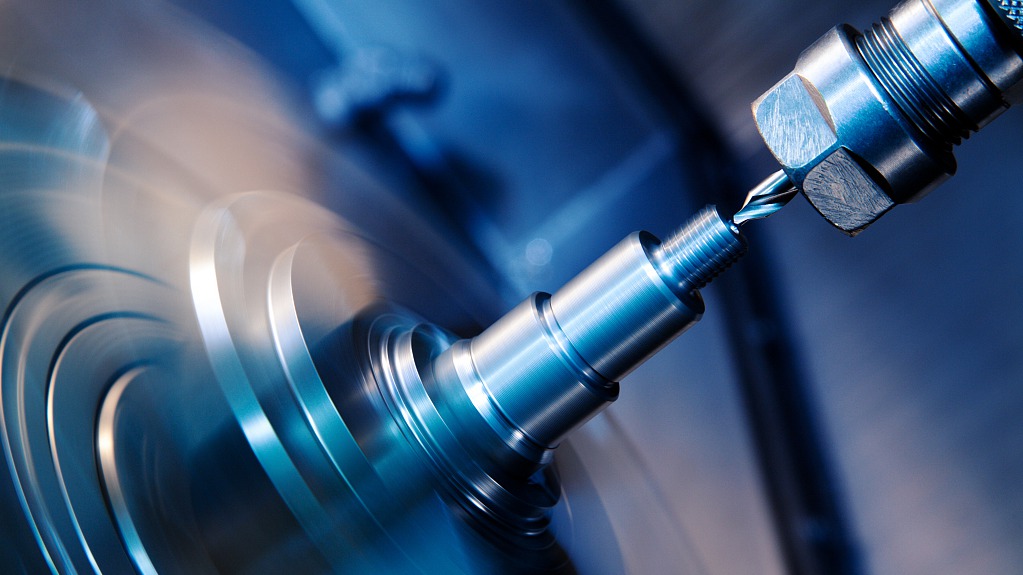 Reuters had forecast July factory activity to ease to 50.7. A PMI above 50 indicates expansion, while one below 50 indicates contraction.

The new order index hit 51.7, an increase of 0.3 percentage points from June, rebounding for three consecutive months as manufacturing demand has gradually picked up.

Nomura analysts said an increase in export orders was a main driver to the July manufacturing PMI, as the sub-index jumped to 48.4 from 42.6 in June.

However, experts warned that the resurgence of coronavirus cases outside of China threatens to undermine external demand.

Liu Chunsheng, associate professor at the Central University of Finance and Economics in China, predicted more policy inclinations towards prompting domestic demand amid the uncertainty. 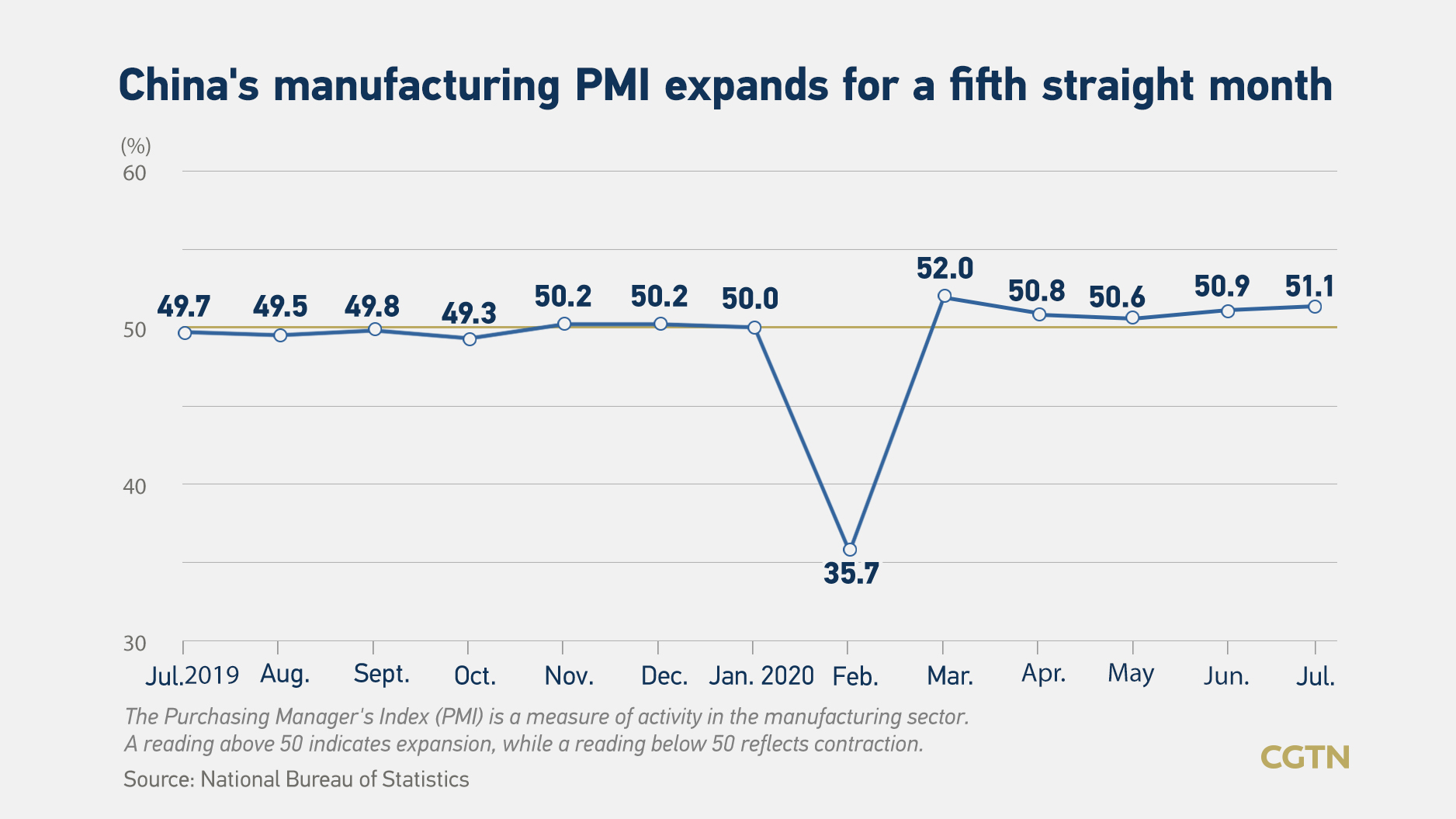 He emphasized that the control of the epidemic is the prerequisite for economic recovery, while suggesting that China should strengthen trade ties with countries less affected by the virus, like the Association of Southeast Asian Nations and those along the Belt and Road Initiative.

"Diligence in prevention and control of the epidemic serve as the bases for consumer spending and industrial investment, which is the most important factor for economic recovery," Liu told CGTN.

He said sectors with a longer global supply chain might feel the pain of the resurgence in global infections, such as auto and high-tech.

He also cautioned that geopolitical factors might create headwinds for exports, referring to China-U.S. relations and the global acceptance of China's 5G construction.

Small business PMI was still mired in contraction in July, with the index at 48.6, as companies feel both supply and demand pressure. Zhao said that business was disrupted by floods around the Yangtze River as factories have seen equipment and inventory soaked and transportation blocked.

The service and the cultural industry ended its five-month contraction in July, with the cultural sector index rising 6.1 percentage points to 51.9, thanks to China's relaxation of lockdown measures in low-risk areas.

The non-manufacturing PMI expanded at a slower pace, suggesting consumer confidence was recovering. The index dropped by 0.2 percentage points from the previous month to 54.2, but still resided in the expansion territory.

The July composite PMI, which includes both manufacturing and services activity, narrowed to 54.1 from June's 54.2, suggesting a continued recovery drive in the overall production and operation of Chinese enterprises. 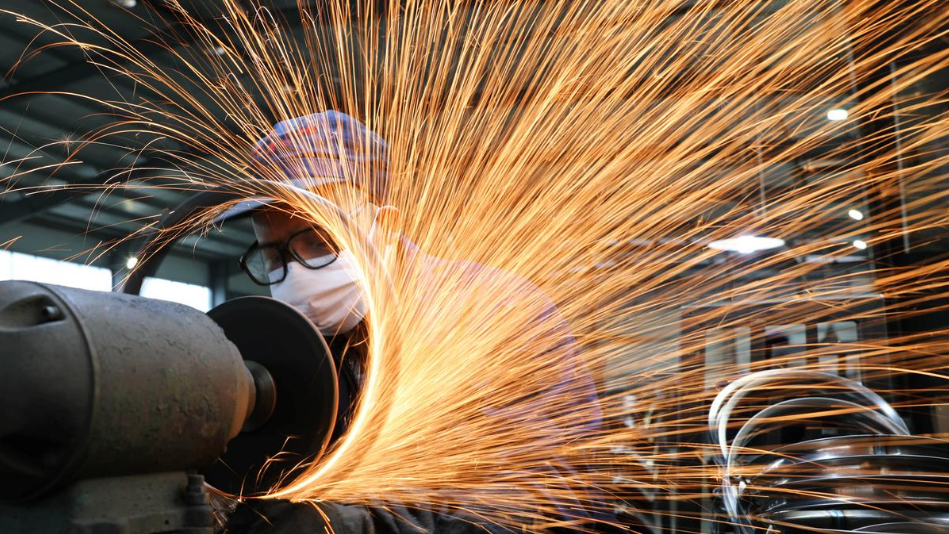 A worker wearing a face mask works on a production line manufacturing bicycle steel rim at a factory, as the country is hit by the novel coronavirus outbreak, in Hangzhou, Zhejiang province, China, March 2, 2020. /Reuters

A worker wearing a face mask works on a production line manufacturing bicycle steel rim at a factory, as the country is hit by the novel coronavirus outbreak, in Hangzhou, Zhejiang province, China, March 2, 2020. /Reuters

But there was a complication. The services sector's activity expanded for a fifth straight month, but growth eased from a month earlier. The PMI for China's non-manufacturing sector came in at 54.2 in July, down from 54.4 in June. That showed that the rapid pace of recovery in the services sector was slowing as the initial boost from re-opening businesses faded.

The non-manufacturing PMI covers services such as retail, aviation, and software, as well as the real estate and construction sectors. The data are based on the replies to monthly questionnaires sent to purchasing executives at 4,000 companies in 37 non-manufacturing sectors.

Chang Jian, Asia Pacific chief China economist at Barclays, said in an interview with Bloomberg that "it is clearly another positive surprise in the China data that we saw this morning."

She had forecast some moderation in data partly because there had been seasonal softness in July, with the PMI actually weakening in all of the past five years due to rain in the south and also the hot weather which together typically dampen demand during the summer.

Chang takes the July PMI as a sign of significant recovery suggesting some of the government push to further economic recovery, and in particular, infrastructure investment, is paying dividends.

"We had upgraded Chinese GDP for this year about two months ago to 2.3 percent, so that partly reflects our belief, you know, the domestic demand and external demand will help to sustain a recovery of Chinese growth to 5 to 6 percent in the second half of the year."

Chang acknowledged that a resurgence in new COVID-19 cases in the U.S. would somewhat dampen demand generally. At the same time, however, it would also lead to a rise in COVID-19-related business, but overall she said they are positive on export demand from developed economies.