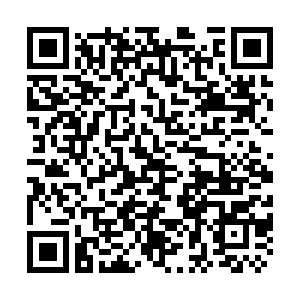 New energy vehicles, those snazzy, high-end electric cars often associated with environmentally-conscious urban elites, are about to reach beyond the wealthiest cities in China.

Under a new government policy, a series of promotional campaigns aimed to boost sales of new energy vehicles, including plug-in hybrids and battery-only electric vehicles, is to be held in the second half of this year.

According to the Ministry of Industry and Information Technology, ten automakers will offer varying discounts that are on average 2,000-5,000 yuan (285-715 U.S. dollar) for a total of 16 new energy vehicle models.

"The promotional campaign is aimed to expand the presence of new energy vehicles in rural market and to revitalize China's automobile industry," said Wang Qinglin, analyst at iiMedia Research Group. The pandemic has wreaked havoc on China's new energy vehicle industry, with sales down 37.4 percent from January to June from a year earlier, according to the China Association of Automobile Manufacturers. 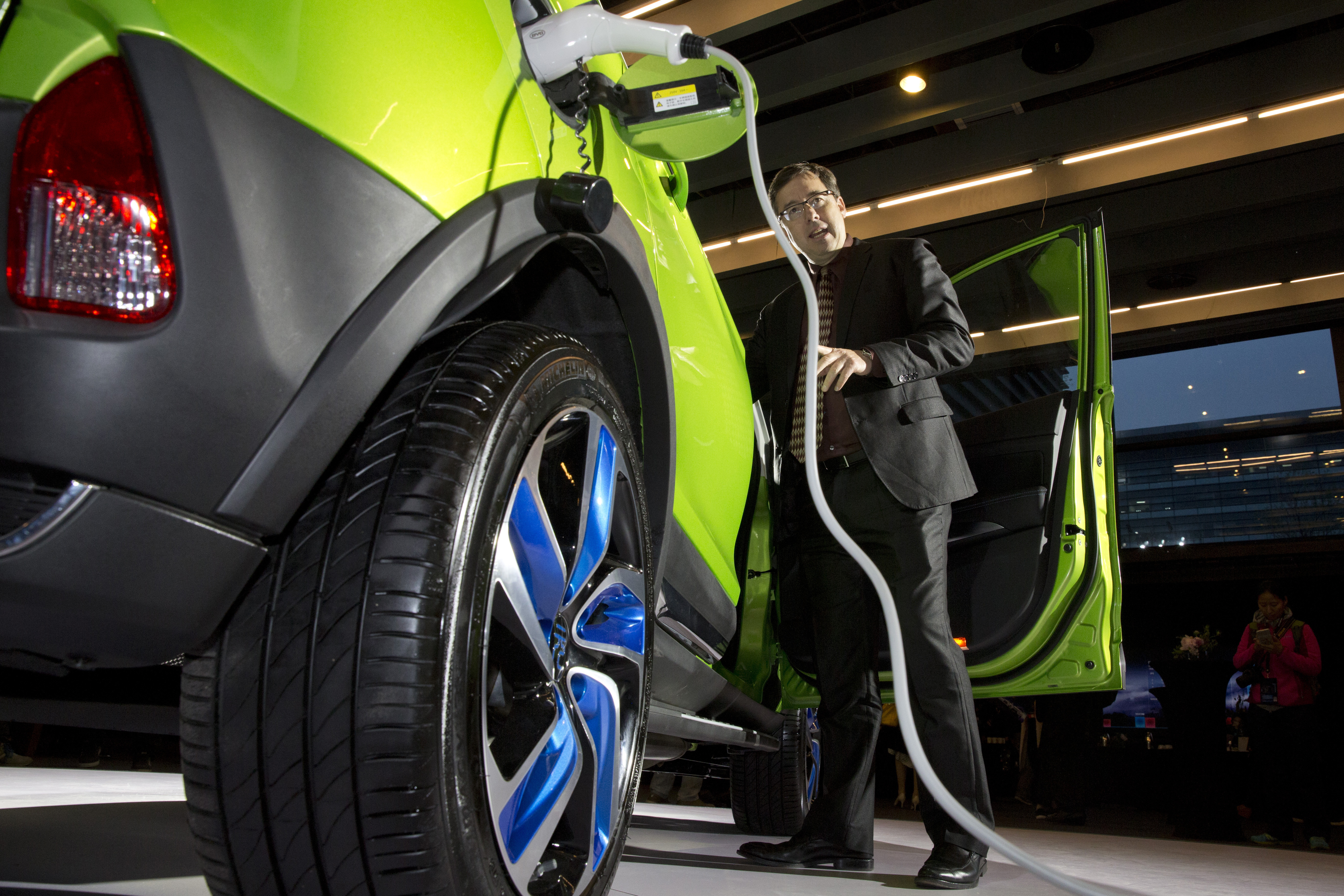 The slump in sales of new energy vehicles followed that of overall car sales. The decline was largest in February, with a reduction of around 80 percent compared with the same time last year. It rebounded in April, reaching around the same level as that of last year.

But new energy vehicles still face big hurdles for sales in rural market. The direct competitors of subsidized new energy vehicles in rural China aren't gasoline cars, but mini electric cars that can cost as little as 1,500 U.S. dollars. They mostly run on cheap lead-acid batteries, instead of much pricier lithium battery, and they don't need drivers' license for people to operate.

What is even more impressive is the fact that those mini electric cars, sold at industrial scale, has never received government subsidies. 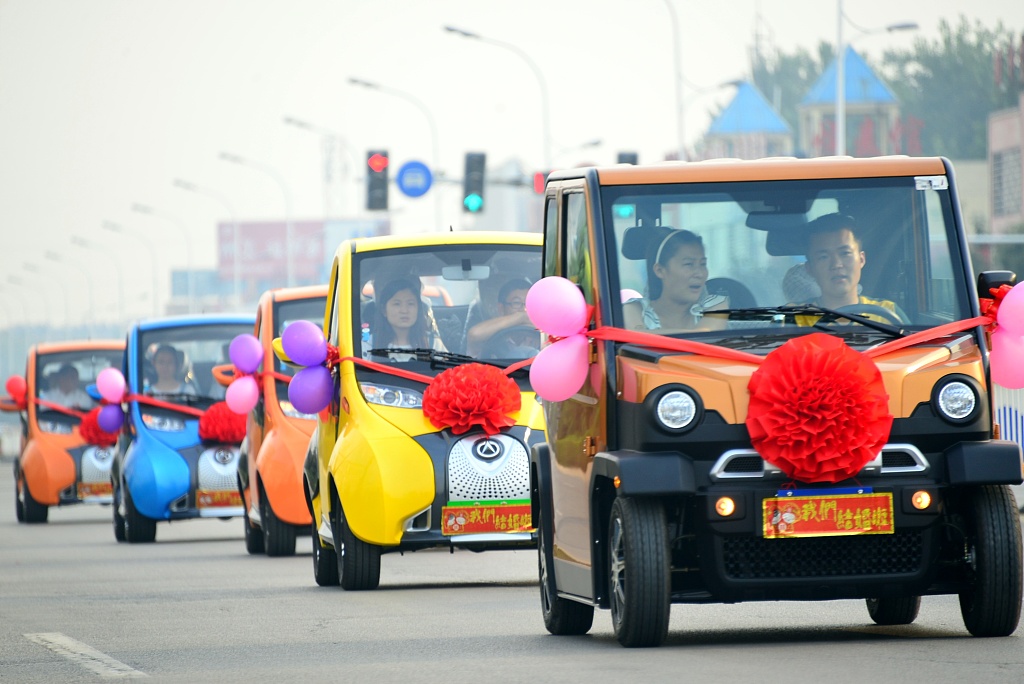 "It is an under-explored market with great potential when it comes to cheap electric cars that target low-end consumers," said Yale Zhang, managing director of Shanghai-based consulting firm Automotive Foresight. Roughly five million to six million low-speed mini electric cars were sold in China each year, he estimated, and traditional automobile manufactures can benefit a lot by expanding their reach into the market.

A few new energy vehicle models are already posing themselves as rivals to those mini electric cars. A small electric sedan with a starting price of 29,800 yuan (4267 U.S. dollars), Hongguang Mini EV, which can travel no more than 180 km of range, is aimed at that market, he said.

But for the rest of the new energy vehicles, to compete against mini electric cars or gasoline cars in terms of price is still difficult. China cut its subsidies for new energy vehicles by about half last year and completely eliminated subsidies for vehicles with a range under 250 km. Impact of the subsidy cut on sales was immediately felt, when sales declined for the first time in two years in July last year.

Research shows that rural customers are willing to spend no more than 50,000 yuan (716 dollars) on average on new car purchase. Most of the new energy vehicles sold during this round of promotional campaign will be priced below 100,000 yuan and heavy subsidies are expected from carmakers.

The purchasing cost of cars is still the most important factor affecting a buyer's decision, said Zhang, but apart from price advantage, the other advantage that new energy vehicles have over mini electric cars, is safety. Not having been through the rigors of crash safety testing, mini electric cars may easily break if they speed into something at higher than 40 km/h. In many Chinese cities, they were banned by local authorities altogether, due to safety concerns. 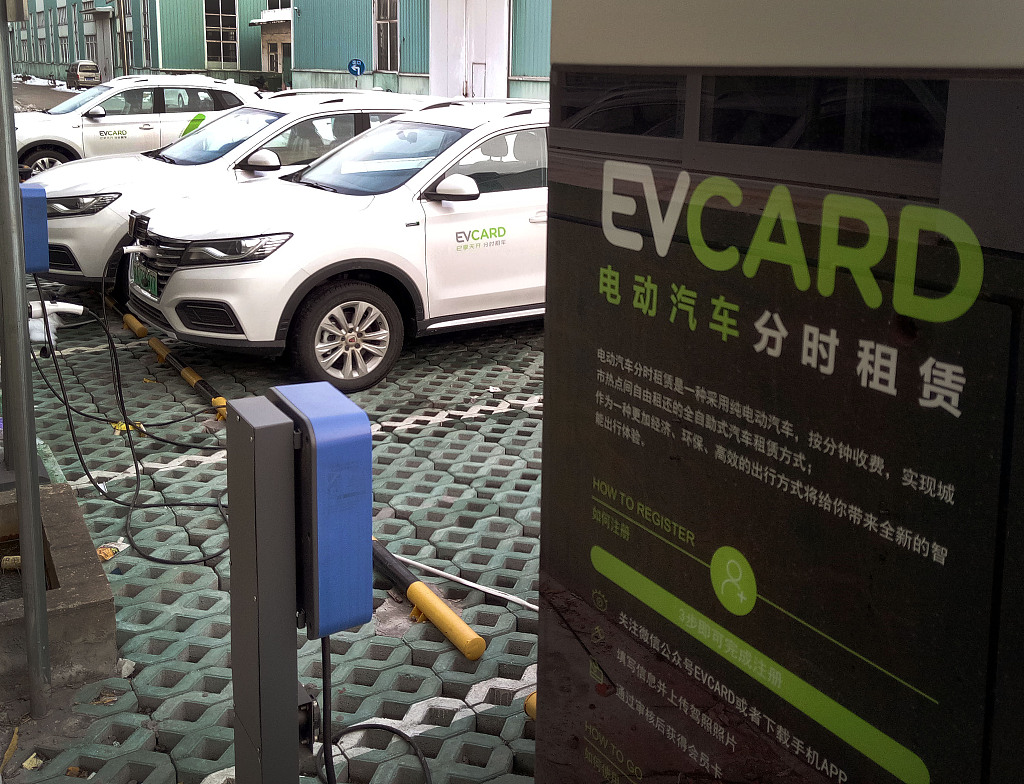 "If the price of electric cars can go below 50,000 yuan, I would seriously consider buying one," said Ma Binbin, a resident from Gaobeidian, a county-level city in central Hebei Province. He said a cheap electric car can help him send his children to school, and in his small village, an electric car with a range of 100 km would be sufficient.

But charging in public places remains a a challenge, he said, since he saw few charging stations around his home in his local village.

China has by far the largest number of publicly available charging poles, but they match the regional distributions of where cars are, namely concentrated in the top-tier cities of Beijing, Shanghai and Shenzhen, said Scott Kennedy, senior adviser and Trustee Chair in Chinese Business and Economics at the Center for Strategic and International Studies, at an event held by the center.

But there is still no sustainable business model for building charging stations. Building one fast-charging station each requires a minimum investment of around 200,000 yuan (2,8652 U.S. dollars), said Zhang, a huge down payment for companies behind those charging infrastructure. Premium carmakers like Tesla have built their own charging stations for customers, but very few carmakers have the financial largess to do so, he added. 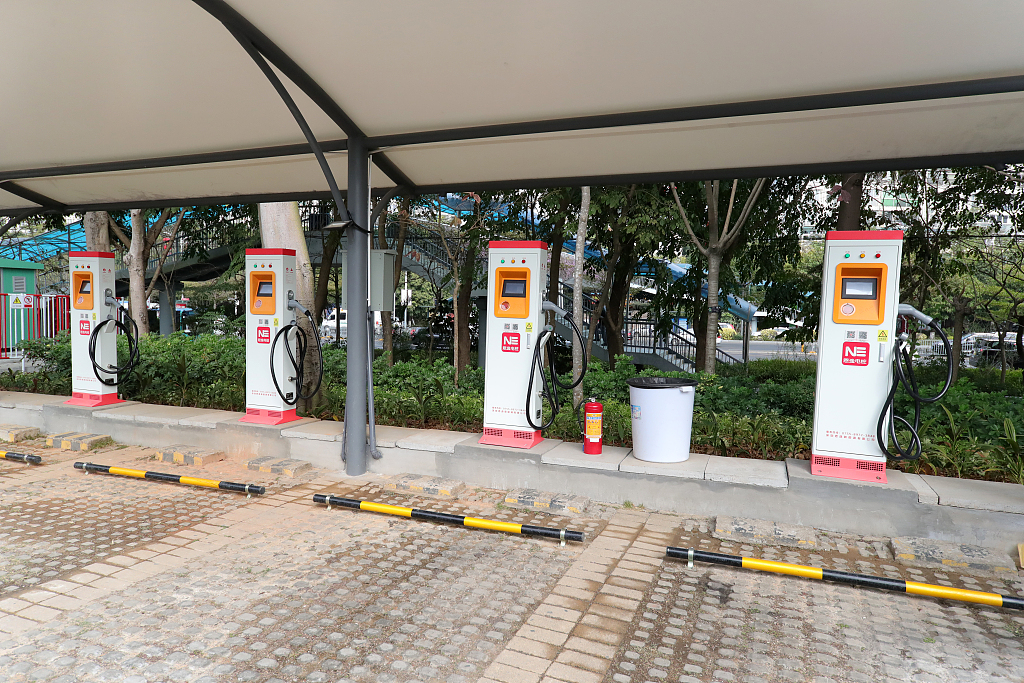 A charging station for electric cars in Shenzhen, China. /VCG

A charging station for electric cars in Shenzhen, China. /VCG

There are still certain advantages when it comes to the adoption of electric vehicles in rural China. Compared with residents in big cities, rural residents may find it easier to have parking spots and can install charging facilities at their homes. Once the number of electric car users reaches a certain scale, local governments can incorporate the construction of charging infrastructure to basic infrastructure development, said Wang from iiMedia Research Group.

"New electric car models that are designed specifically for rural residents are needed in order to stimulate the market," she added. "To let electric vehicles go deep in the countryside, there is still a long way to go."