A nuclear future after the pandemic?
Freddie Reidy 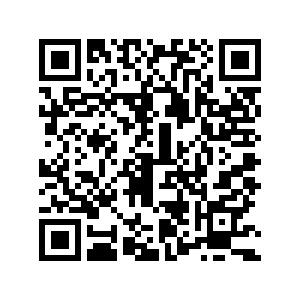 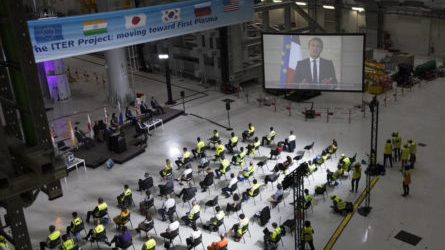 French President Emmanuel Macron, on screen, delivers a speech virtually to representatives and journalists in the assembly hall of the ITER (the International Thermonuclear Experimental Reactor), where components for the ITER Tokamak will be pre-assembled before integration into the machine in Saint-Paul-Lez-Durance, southern France, July 28, 2020. /AP

French President Emmanuel Macron, on screen, delivers a speech virtually to representatives and journalists in the assembly hall of the ITER (the International Thermonuclear Experimental Reactor), where components for the ITER Tokamak will be pre-assembled before integration into the machine in Saint-Paul-Lez-Durance, southern France, July 28, 2020. /AP

Clean nuclear energy has long been the promise of governments and hope for the future. While renewable energy sources occupy many of the worlds headlines, does nuclear power still hold the key to a brighter, greener future?

In the Provençal town of Saint-Paul-lez-Durance, French President Emmanuel Macron heralded the beginning of a five-year assembly phase of the world's largest nuclear fusion reactor, which will culminate in the production of superheated plasma required to create nuclear fusion.

The facility, run by ITER (International Thermonuclear Experimental Reactor) is a multinational undertaking including China, the European Union, India, Japan, Russia, South Korea, the United Kingdom, and the United States.

The participating nations have collaborated to fund the 20-billion-euro (23.65-billion-U.S. dollars) project as well as the manufacture the essential components. The project is arguably the most audacious and complex engineering project ever undertaken.

As President Macron remarked, "ITER belongs to this spirit of discovery, of ambition, with the idea that, thanks to science, tomorrow may indeed be better than yesterday." Indeed, the potential for nuclear fusion is immense.

With the impact of climate change set to change the way we live over the next century and an ever-increasing demand for energy, a clean source could hold the key to arresting the advancement of global warming. Just one gram of the mixture required to create fusion can generate the equivalent energy of 80,000 tonnes of oil.

The means to produce plasma exposes the rationale for such sizeable funding. Production requires among other things, over 3,000 tonnes of magnets, some of which are larger than a Boeing 747, with sufficient power to lift an aircraft carrier. Parts of the reactor must be kept at -269 Celsius necessitating the construction of the world's largest cryo facility. 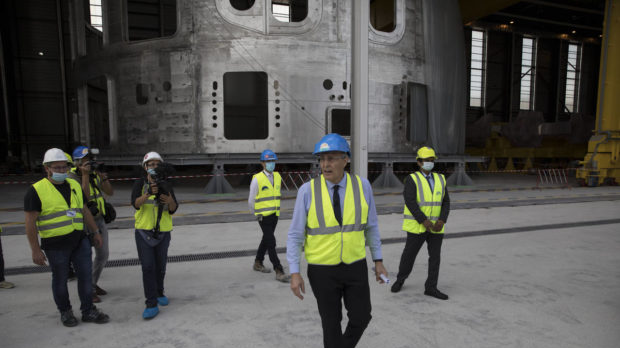 Director-General of the ITER Organization, Bernard Bigot walks by a portion of the cryostat meant for the assembly of the ITER Tokamak in the CEN of Cadarache, in Saint-Paul-Lez-Durance, southern France, on July 28, 2020. /AP

Director-General of the ITER Organization, Bernard Bigot walks by a portion of the cryostat meant for the assembly of the ITER Tokamak in the CEN of Cadarache, in Saint-Paul-Lez-Durance, southern France, on July 28, 2020. /AP

ITER is actually an enlarged, modified variant of the JET (Joint European Torus) reactor which has been operational since 1983. Many of the learnings from the project have been incorporated into ITER but JET's inability to reach energy equilibrium has caused frustration in some quarters and is behind the reason for an enlarged consortium and facility.

Technical restrictions are not the only stumbling block, however. The nuclear disaster of Chernobyl in 1986 and Fukushima in 2011 have left a lasting legacy of public reluctance and fear.

Aside from unforeseen disasters, is a growing issue with how to dispose of nuclear waste. When visiting a notorious nuclear waste dump in Asse, Germany. German Environment Minister Svenja Scholze remarked that, "Three generations operated nuclear power in Germany and now 30 generations or even more will have to suffer the consequences."

Many nations such as Germany, France, and Japan were among those who after the Fukushima disaster, committed to either scale down nuclear dependence or decommission all nuclear facilities entirely. The drop in capacity will need filling and nuclear fusion reactors, could ironically provide the ideal replacement to nuclear fission reactors.

Unlike their forebears, fusion reactors cannot meltdown and produce a very small amount of nuclear waste which has a dramatically shorter half-life. Articulating this message will prove a political challenge to nations in the future. Safe operation at ITER will be essential to communicating the benefit.

The confluence of a move away from nuclear fission and stringent environmental goals does demand radical solutions, as Japanese premier Shinzo Abe alluded to "I believe disruptive innovation will play a key role in addressing global issues including climate change and realizing a sustainable carbon-free society."

ITER director general, Bernard Bigot remarked that "Enabling the exclusive use of clean energy will be a miracle for our planet." Success would indeed be a miracle permitting factories and power stations to run exclusively on clean fusion technology, allowing vehicles to fully transition to electric power, eliminating smog and slowing the disastrous effects of global warming.

If the ITER reactor is proven to be a success and commercially viable, it has the potential to be vastly scaled down enabling other forms of use such as a substitute for rocket fuel allowing for greatly advanced opportunities in space travel.

The potential the ITER project also underscores the type of revolutionary progress which can be achieved through international collaboration.

Today, amidst a global pandemic and strained international relations, one should realize that the ITER is both important and potentially essential, if the global challenges of the future are to be overcome.