Anniversary 93: Taking the measure of the PLA
Robert Lawrence Kuhn 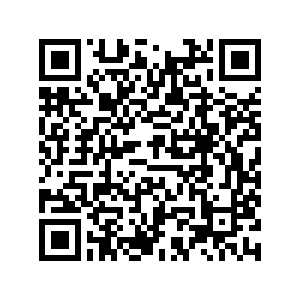 I'm Robert Lawrence Kuhn and here's what I'm watching: the People's Liberation Army, the PLA, on its 93rd anniversary, taking its measure over the past year. But how to tell its multifaceted story in four minutes? I'm going to exemplify the PLA's year by highlighting two events – just two. The first, in January, was the PLA Navy commissioning its largest and most advanced surface warship, the Nanchang guided-missile destroyer. The second, in February, was the PLA Army's rapid mobilization to fight the novel coronavirus.

When China's senior leadership, led by President Xi Jinping, learned of the human-to-human transmission, soon after Xi's directive to the Political Bureau of the CPC Central Committee on January 20, Wuhan was put into lockdown and the PLA was called upon "to shoulder its responsibility" in the country's uphill battle to control the outbreak. The PLA promptly dispatched elite forces to the frontline. Its Joint Logistic Support Force, which oversees vast resources and supplies in the PLA's five Theater Commands, purchased 16 kinds of anti-epidemic and medical materials and set up a steady supply chain.

On February 1 and 2, the PLA sent 950 medics, some of whom had prior epidemic experience with SARS and Ebola; they were selected from hospitals in all five Theater Commands and transported to Wuhan by rail, bus and air, including the PLA's Y-20 heavy transport aircraft. The 1,000-bed Huoshenshan hospital, famously constructed in 10 days, was turned over to the PLA, which provided 1,400 medical personnel, 950 from PLA hospitals and 450 from PLA medical universities.

In mid-February, the PLA brought in an additional 2,600 medical personnel from all PLA's services, drawn from 19 cities. In total, the PLA brought more than 4,000 military medics to Wuhan, along with tons of critical medical supplies for the almost two-month long battle.

By early March, the PLA had operated 30 flights to move medics and medical necessities from across the nation, and ran a transportation support team of 130 trucks to help provide daily necessities to the epidemic-stricken region.

The PLA guided-missile destroyer represents China's growing military strength, and will focus on contentious, overlapping claims in the South and East China Seas. The PLA deployment to fight COVID-19 expresses China's priority to protect the health of its citizens and its epidemic-control experience may also help other countries contend with contagion. In its 93rd year, two sides of the same PLA coin.