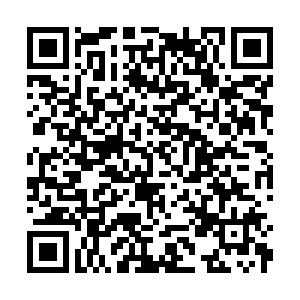 The Chinese Embassy in Germany issued a statement on Friday expressing strong indignation over and firm opposition to the remarks made by German Foreign Minister Heiko Maas regarding Hong Kong affairs, saying that the Hong Kong Special Administrative Region (HKSAR) government's decision to postpone the Legislative Council election due to the severe COVID-19 epidemic situation is a responsible move to protect the lives and health of Hong Kong residents.

The decision made by HKSAR's government is in line with the Constitution, the Basic Law, and the local laws of HKSAR. It represents the efforts of science-based epidemic control and embodies the sense of responsibility for protecting the lives and health of Hong Kong residents, the statement said.

The decision to invalidate the nominations of some people for the Legislative Council was made in strict accordance with the HKSAR Basic Law, the national security law in Hong Kong and the electoral laws of the HKSAR, the statement stressed.

The decision was well grounded and lawful, it said.

The words and deeds of the nominees, including openly advocating "Hong Kong independence" and "self-determination," begging for external sanctions and interference, have crossed the legal line and their purpose of running for Legislative Council election was not to maintain allegiance to the nation and the HKSAR and safeguard the "One Country, Two Systems," it said.

The legislature of the HKSAR, which bears significant constitutional responsibilities, shall never have seats for these unscrupulous individuals who are plotting to destroy "One Country, Two Systems" and Hong Kong's prosperity and stability, it added.

The HKSAR government on Saturday also slammed the German side's "double standards" and "gross interference in the internal affairs."

For political purposes, the German government unilaterally suspended the agreement on the surrender of fugitive offenders with Hong Kong, using the postponement of the LegCo elections as an excuse, which is absolutely a political manipulation of double standards, said a Hong Kong government spokesperson.

In strongly opposing the suspension, the spokesperson said the German move has seriously violated the basic norms governing international relations.

The spokesperson has suggested the suspension could turn Germany into a home for some fugitives who attempt to escape from their legal liabilities.