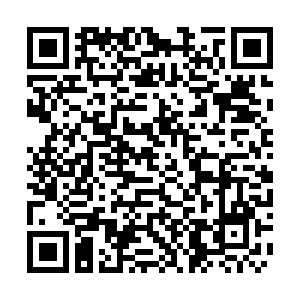 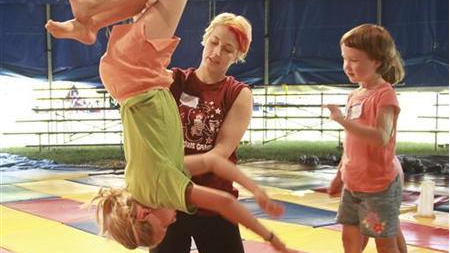 A camp counselor is helping a child on the trapeze at a circus summer camp in Vermont. /Reuters

A camp counselor is helping a child on the trapeze at a circus summer camp in Vermont. /Reuters

Hundreds of children contracted the coronavirus at a summer camp in the U.S. state of Georgia last month, health authorities said Friday, adding to a growing body of evidence that minors are both susceptible to infection and vectors of transmission.

The virus infected at least 260 of the 597 attendees, the Centers for Disease Control and Prevention said, adding that the true number was probably higher since test results were only available for 58 percent of the group.

The camp ignored the CDC's advice that all participants in summer camps wear cloth masks - requiring them only for staff.

It did however adhere to a state executive order requiring all participants to show proof of a negative COVID-19 test taken 12 days or less before their arrival.

Other precautionary measures included physical distancing, frequent disinfection of surfaces, keeping children among the same small group, also known as "cohorting," and staggering the use of communal spaces.

The camp held an orientation for 138 trainees and 120 staff members from June 17 to June 20 – the vast majority of whom were themselves aged 21 and under.

The trainees left but staff remained when the camp officially opened on June 21 and were joined by 363 campers, who ranged in age from six to 19, as well as three more senior staff members. 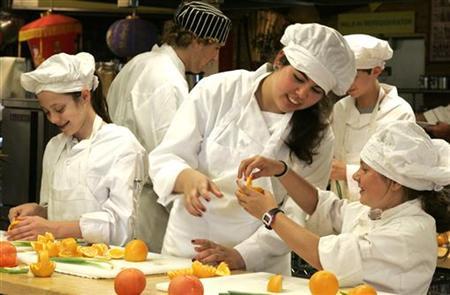 Children are cutting oranges into decorative baskets during a residential cooking summer camp in Vermont. /Reuters

Children are cutting oranges into decorative baskets during a residential cooking summer camp in Vermont. /Reuters

Camp attendees "engaged in a variety of indoor and outdoor activities, including daily vigorous singing and cheering," the report said. They slept in cabins housing up to 26 people.

On June 23, a teenage staff member left camp after developing chills the previous evening. The staff member was tested for the novel coronavirus on June 24 and got a positive result the same day.

The camp began sending campers home that day and closed the camp on June 27.

A health investigation started June 25 found that 260 of 344 people for whom test results were available were positive.

Among those, 74 percent had mild symptoms including fever, headache and sore throat while the rest showed no symptoms.

"These findings demonstrate that SARS-CoV-2 spread efficiently in a youth-centric overnight setting, resulting in high attack rates among persons in all age groups," wrote the authors of the CDC report.

The attack rate is the total number of new cases divided by the total at-risk population.

The CDC added that the findings contribute to a body of evidence "demonstrating that children of all ages are susceptible to SARS-CoV-2 infection and, contrary to early reports, might play an important role in transmission."