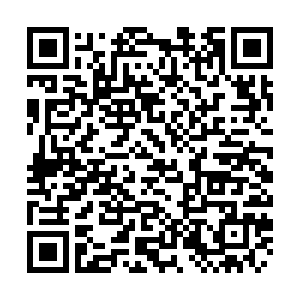 Most clubs are closed amid the coronavirus but techno attraction Berghain has found a way to throw its doors back open, luring visitors with an unusual sound exhibition.

The show, known as "Eleven songs – Hall at Berghain" is the brainchild of artistic duo Sam Auinger and Hannes Strobl.

Just 50 people are let in at a time to allow for physical distancing, but without the venue's notoriously picky doormen standing guard, no one has to worry about being denied entry.

Once inside Berghain's imposing Kessel Hall, it's not the sound of techno that fills the space.

Instead, visitors to the former power plant are enveloped by an eerie, almost surreal soundscape of rhythmic throbbing, soft city noises, murmurings and even the whirling of helicopter blades.

"You listen, you experience, you can close your eyes or leave them open and follow the sound across the room," said Carsten Seiffarth, co-curator of the Singuhr projects, a platform that organizes sound art installations.

Fellow curator Markus Steffens said the pair were invited to come up with an acoustic experience "for and with the space" – a concrete, high-ceilinged former machine hall located behind the main club rooms worshiped by techno lovers worldwide.

"The room itself is a kind of instrument to them," Steffens said, where the sound interacts with the architecture to create different listening experiences. 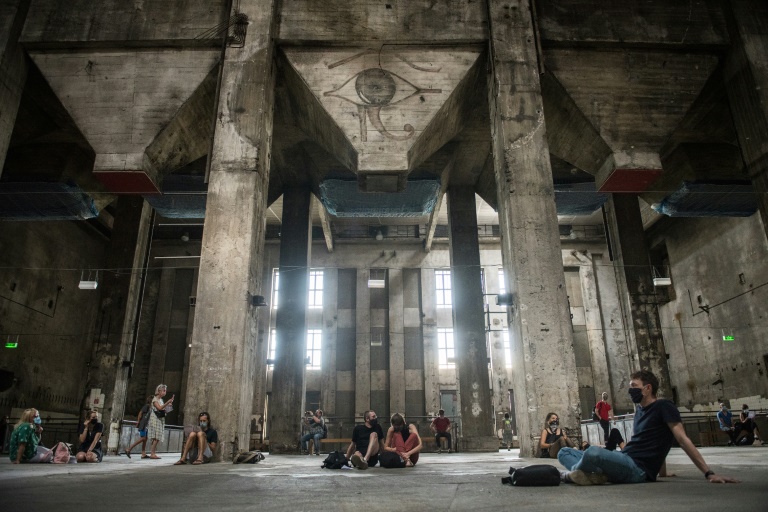 Visitors to the former power plant listen to the eerie sound installation after Berlin's Berghain club re-opened its doors. /AFP

Visitors to the former power plant listen to the eerie sound installation after Berlin's Berghain club re-opened its doors. /AFP

The project was conceived last year, well before Germany went into lockdown to curb the spread of the COVID-19 pandemic.

Although many of the restrictions have been lifted in recent months with shops, restaurants and museums allowed to reopen, nightclubs remain shut over concerns that huge crowds mingling indoors could fuel a surge in infections.

"We didn't really know what was going to happen. What if no one came because they were afraid of getting infected?" said Seiffarth.

But he needn't have worried. Visitors, wearing face masks, have already been queuing to get in.

With crowd numbers capped at 50, culture fans can spread out comfortably across the vast hall, while the large open windows allow for plenty of fresh air, Seiffarth said.

Besides, people are ready to get out of the house and do something different after weeks of confinement, he added.

"Here, you can be with other people," Seiffarth said.

"It's also about having an experience with this room and feeling emotions that go beyond just listening."