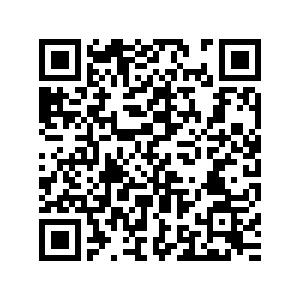 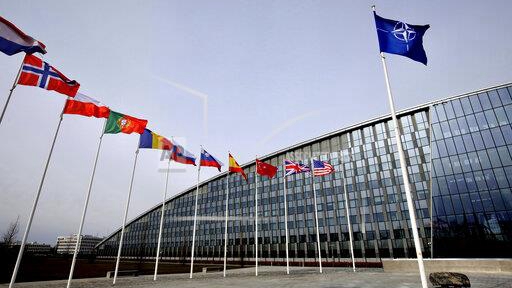 French President Emmanuel Macron believes NATO is in a state of brain death, as he has expressed his view of a disintegrating Atlantic alliance on two occasions, while German Chancellor Angela Merkel has underlined the necessity for the European Union to rely on its own strength, an ambiguous declaration suggesting that the United States can no longer be considered a reliable defense partner.

Europe still has a long way to go before a genuine defense structure can be effectively set up, but it now appears as an absolute necessity for several European leaders who have been facing U.S. unilateralism and the risks of an electoral system which has allowed U.S. citizen to elect an incompetent leader clearly hostile to Europe.

Under the initiative of Washington, the creation of NATO was meant to enable "free" countries to face the threat of the Soviet expansion worldwide. The underlying objective was to design an instrument for complete U.S. hegemony, as strategic orientations were decided by the United States and member states generally followed.

French General Charles De Gaulle was the first to react to this domination on May 7, 1966 by deciding France's withdrawal from the integrated military command while remaining in the organization.

The intention was to recover independence and sovereignty in the defense sector, which NATO member states had lost their grip on. In 1964, he had already forced France's entry into the very select club of nuclear powers despite the United States' objection, an objection raised to any member state tempted by the development of a nuclear program.

In fact, the post 1945 U.S. strategy transformed "allies" into protectorates in the legal sense: states which delegated their defense and foreign policy to Washington. Indeed, decisions regarding defense matters were made in the United States.

In September 1958, four months after his return to power, De Gaulle had expressed his firm disagreement with this system, vainly requesting a "tripartite leadership" of the Alliance from U.S. President Dwight David Eisenhower and British Prime Minister Harold Macmillan. As for foreign policy, it was dependent on the conditions in which the United States had agreed to protect their allies if conflicts were to arise, as well as the leverage they had over them. 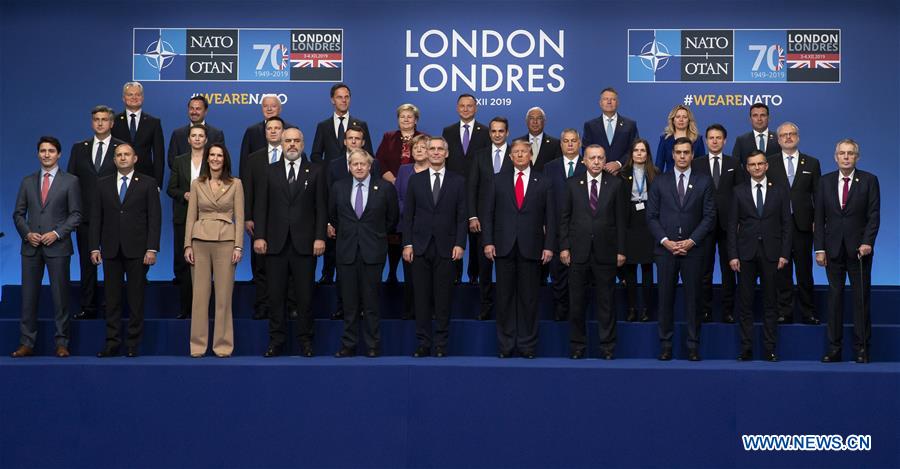 NATO leaders pose for a group photo at the NATO Summit in London, Britain, December 4, 2019. /Xinhua

NATO leaders pose for a group photo at the NATO Summit in London, Britain, December 4, 2019. /Xinhua

The dismantlement of the Union of Soviet Socialist Republics (USSR), the raison d'être of NATO, in December 1991 should have ended this Alliance, as no other credible threat for member states, especially Europeans, could justify its continuation.

However, U.S. leaders were intent on going further, as they believed that NATO's mission could be expanded and diversified, as the organization allowed them to keep imposing the acquisition of U.S. military equipment to their "allies," a major issue for their military industry.

Maintaining the alliance also helped justifying the presence of U.S. military bases in certain European countries and drags them into their military adventurism in the name of Atlantic solidarity.

The concept of strategists in Washington was simple and befitted their vision of an alliance with Europeans: the United States would conduct initial military operations against recalcitrant countries, such as Afghanistan and Iraq, and their allies would then follow and deal with the consequences of the interventions, allowing them to reduce their military presence.

However, this domination policy and their condescension toward their allies led to the logical questioning of the necessity of this Alliance and its autocratic functioning, especially in the absence of any genuine major threat.

During the invasion of Iraq in 2003, Washington asked Turkey, a NATO member, if they could use their base in İncirlik to conduct air operations. The negotiations which followed Turkey's refusal were fiery/heated and a Turkish representative told me in 2004 that "the problem with Americans is that there are only two answers to their demands: 'Yes' or 'Yes Sir'''…

Donald Trump recently dealt a death blow to the Alliance, requesting, with his small accountant mindset – he has experienced five bankruptcies with his companies… – that Europeans increase their contributions to the organization, deciding that those who did not pay their "dues" would not benefit from the Alliance's protection.

The U.S. budget represents more than 70 percent of the total military budget of NATO countries, and the United States has other advantages which are not accounted for in the budget, especially for the installation and maintenance of their bases in Europe.

The unilateral decisions of the U.S. President, such as the reduction of U.S. military forces in Germany and their transfer to Italy, Belgium and Poland – an especially Atlanticist country – contributes to the burial of this ancient alliance and to the realization for Europeans that their security cannot be guaranteed by a partnership with such an inconsistent "ally", regardless of the provenance of the threat.

The recent face off in the Mediterranean Sea between French and Turkish vessels, both countries being NATO members, after a deliberate provocation from Turkey and Washington's deafening silence on the matter, have shown the extent of the "America First" policy. Turkish President Recep Tayyip Erdoğan is incidentally the leader with whom Donald Trump communicates most, once a week over the phone…

The upcoming U.S. presidential election in November may play a determining role in the survival of the Alliance. If he were to be elected, which seems to most probable hypothesis, would Joe Biden's administration reconsider the United States' NATO policy? So far, Biden has simply declared that Germany's withdrawal would be discussed, without any commitment.

This decision having been made unilaterally by Donald Trump, declaring that it would be overturned in order to reassure his future allies would have been preferable. If the Alliance wants to recover from this U.S.-caused pathology, it cannot be reborn on the same grounds as the previous hegemonic model.