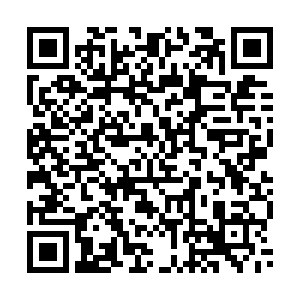 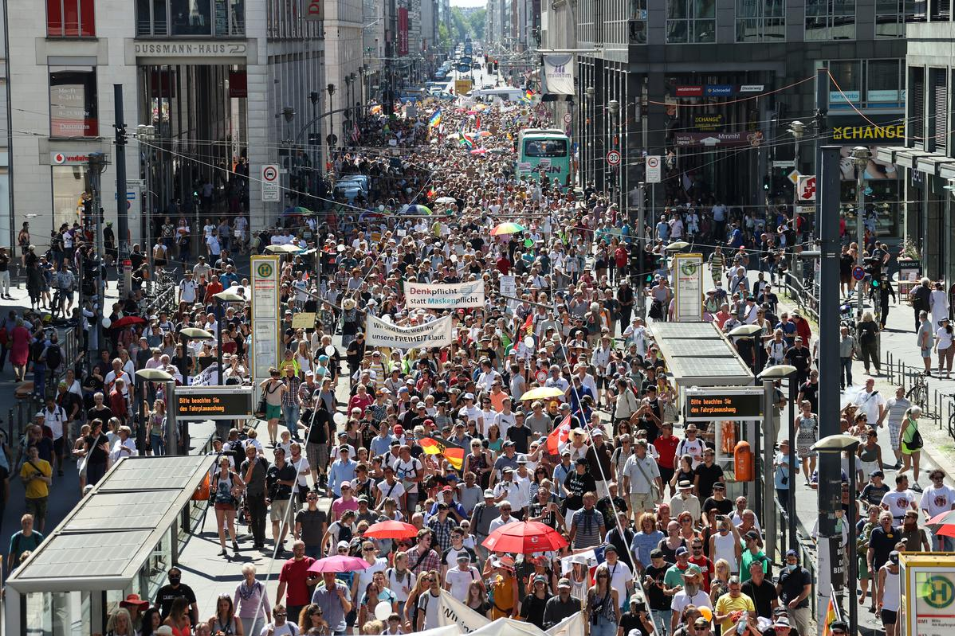 Demonstrators march during a protest against the government's restrictions amid the coronavirus disease (COVID-19) outbreak, in Berlin, Germany, August 1, 2020. /Reuters

Demonstrators march during a protest against the government's restrictions amid the coronavirus disease (COVID-19) outbreak, in Berlin, Germany, August 1, 2020. /Reuters

Thousands of demonstrators rallied in Berlin on Saturday to protest against measures imposed in Germany to stem the coronavirus pandemic, saying they violated people's rights and freedoms.

The loose gathering, estimated by police at 15,000, included libertarians, constitutional loyalists and skeptics of the science behind policies to fight the pandemic. There was also a small far-right presence with some marchers carrying Germany's imperial flag.

Protesters marched with placards saying "We are making a noise because you are stealing our freedom!" and "Do think! Don't wear a mask!".

The protests followed a rallying call from Michael Ballweg, an entrepreneur and political outsider who has organised similar rallies in Stuttgart and is running to become mayor of the southwestern city.

"Our demand is to return to democracy," said one protester. "The mask that enslaves us must go."

Most of the protesters were not wearing a face mask.

Germany has been less severely hit than some other European countries, with more than 200,000 infected by COVID-19 and nearly 1,000 dying from it. After initial success in curbing infections, they are starting to rise again.

Most people have respected measures that include wearing face masks in shops, while the government has just imposed mandatory tests for holidaymakers returning from high-risk areas.

But a vocal minority is chafing against the restrictions, saying they are crushing diversity of thought and doing untold social and economic harm.