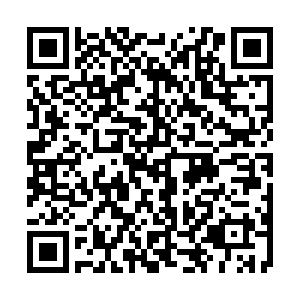 In March, presumptive Democratic presidential nominee Joe Biden promised to select a female running mate. After the death from asphyxiation of George Floyd at the hands of a white police officer and the ensuing mass protests, many Black voters are taking it a step further. They want her to be Black.

The choice is not an easy one. Biden turns 78 two weeks after the presidential election. If he wins, he will replace Trump as the oldest U.S. president in history – starting the job slightly older than Ronald Reagan was when he left the post.

Biden's advanced age makes his choice of vice president even more crucial because should he fall ill, that person would be his replacement. His pick needs to be able to do the top job from day one, representing the country with foreign governments, from China to the UK, as well as dealing with a series of domestic crises.

The power of the Black vote

The arguments for selecting a Black running mate are strong. Galvanized, Black voters could really help put Biden in the White House. He knocked out his competitors in large part due to endorsements from House Majority Whip James Clyburn and other Black public figures like U.S civil rights activist and Baptist minister Al Sharpton.

In April, more than 200 Black women signed an open letter to Biden, stating that "Black women are the key to Democratic victory in 2020" and urged him to select one as his running mate – and the data supports their point.

Statistics from the Pew Research Center show that Black women had the highest voter turnout rate in the November 2008 election "among all genders and ethnic groups," meaning they showed up more than even Black men to elect the first Black U.S. president.

They did the same in 2012, helping to cement Barack Obama's second term in office. And in 2016, when Hillary Clinton bid to be president, they again turned out to help her get there – "the highest rate of any group, including black men and nearly double that of white women.”

However, he cannot afford to rest on his laurels. CNN analysis indicates that his advantage over Trump is actually smaller than that which Clinton secured in the 2016 election – which she lost. The narrower lead "could cost Biden 0.5 points nationally on the whole compared to where Clinton ended up. That may not seem like a lot, though it could make the difference in a close election," according to the analysis.

The commitment and tenacity of Black women

Biden needs the die-hards, the swing voters, those who will vote for him simply because he is not Trump and new voters.

To win the undecideds he needs boots on the ground – people knocking on doors and connecting face-to-face. And this is an art that many say Black women excelled at even before they won the right to vote.

According to award-winning political reporter Errin Haines, who has been following the Black electorate for years, "Black women are only about seven percent of the population but tend to vote at higher rates than other groups, voting at or above 60 percent in the past five presidential cycles.”

It is their ability to draw new voters and coax people on the fence that is the key, especially in a tight election. They know it, and Biden knows it, which is part of the reason he is considering selecting a Black running mate – that and there are some excellent candidates in the Black community who deserve to be considered regardless of the color of their skin.

Add the private call some Democratic members had with Biden in June on his running mate selection, the pressure to pick a Black candidate, or at least a woman of color, is strong.

Biden confirmed on Tuesday that he would choose his vice presidential running mate in the first week of August. On July 20, he told MSNBC's Joy Reid that four Black women are among those on his shortlist for veep.

He is searching for more than a running mate. He needs someone who can lead the country if anything happens to him in the next four years, someone who can present his position to other governments. And with the election not yet in the bag, the pressure is on to select someone who can get him across the finish line.

Can a Black running mate help get Biden into the White House? The argument is certainly compelling.