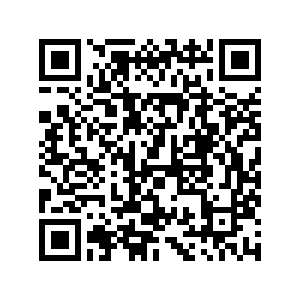 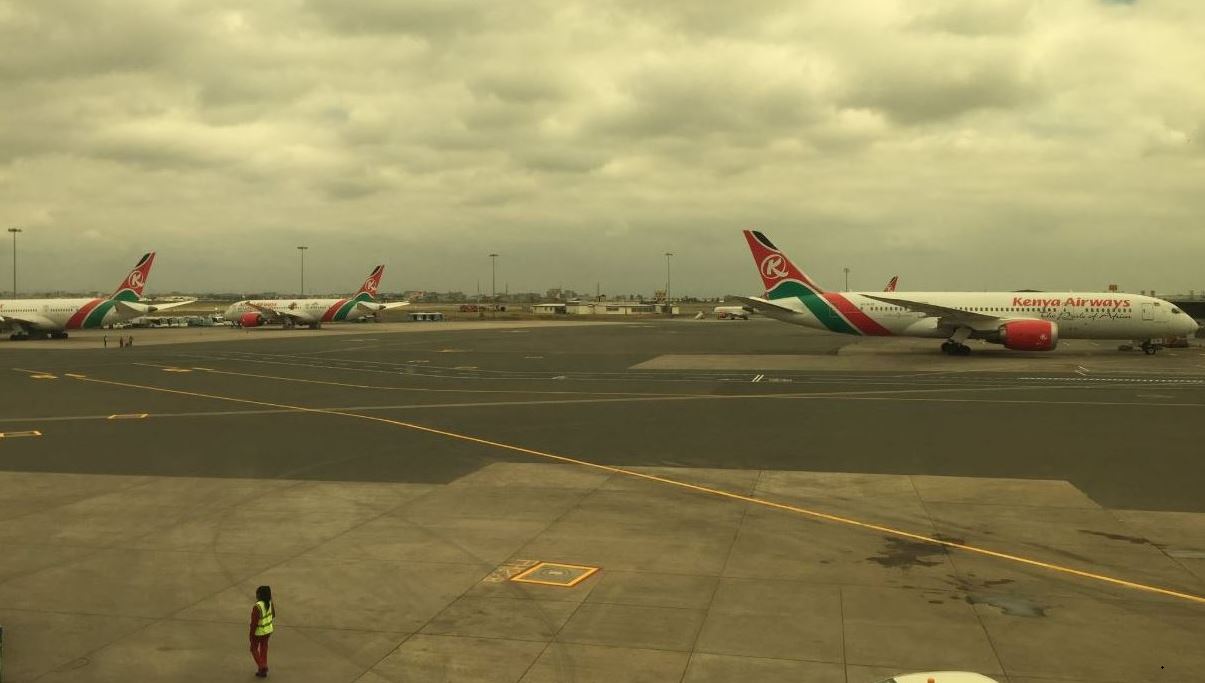 In a rather perturbing statement on July 30, the World Health Organization (WHO) Africa Office warned that the continent was fast closing in on 1 million coronavirus cases. According to the WHO, "COVID-19 infections in Africa will exceed 1 million cases in the coming days, as the pandemic surges in several hotspot countries."

Indeed, there is reason to be worried with the current trend of coronavirus in the continent. The WHO notes that in slightly more than three weeks, the number of cases in Africa has almost doubled to 889,457, with 18,806 deaths recorded.

The statement came shortly after WHO emergencies chief Michael Ryan told a virtual news conference last week that South Africa's surging numbers could be a "precursor" for outbreaks across the continent. "I am very concerned right now that we are beginning to see an acceleration of disease in Africa."

But the global health body is using a precautionary approach in raising the red flag in order to avoid raising panic and desperation amid the rising curve. This could lead to inertia, which would be an extra burden to the meagre resources many African countries have to fight the pandemic.

Luckily, the situation is not widespread yet. Current statistics show that 75 per cent of COVID-19 cases are from only five countries – Nigeria, Algeria, Egypt, Ghana and South Africa.

Compared to other regions, and even some individual countries, the figures in Africa are low. Still, experts worry that this window could fast be closing as the momentum increases to the 1-million mark. Conversely, the statistics could be a tip of the iceberg due to under-reporting. The number of tests performed per 10,000 people as of mid-July was below 100 in 43 countries out of the 54 assessed.

The coronavirus situation in Africa is yet to fully unfold. While the five top countries are on one extreme, the other end of the story is represented by countries like Tanzania, which banned the release of any coronavirus-related data in May, after the country's president, John Magufuli, accused laboratories in the country of giving erroneous results. Since the first case was reported in March, it has been business as usual in the country. 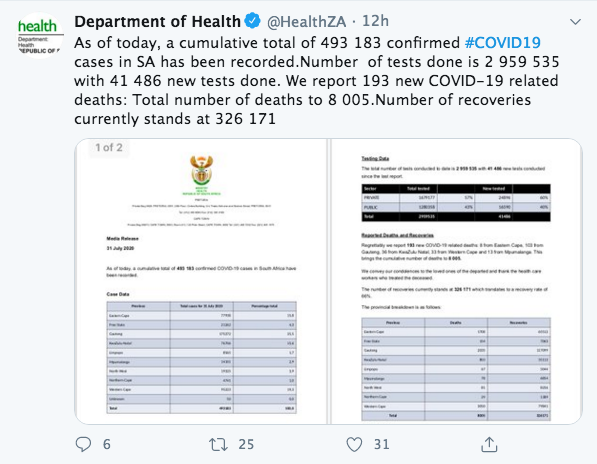 Screenshot of tweet by South Africa's Department of Health

Screenshot of tweet by South Africa's Department of Health

Magufuli has bafflingly been up and about in public, something which he has also actively encouraged his citizens to do. It might still be a little bit early to tell whether Tanzania will avoid a devastating COVID-19 situation with the lack of strict containment measures being enforced in other countries.

Uganda, which also confirmed its first case of the virus in March, is a more realistic version of calm amid the storm. Interestingly, Ugandan President Yoweri Museveni placed his country on lockdown earlier than its first reported case, on March 18 and March 22 respectively. To date, the Ugandan government still maintains strict containment measures until such a time that it will be safe to reopen the country for both internal and external business.

Time is of the essence if the continent will avoid going the way of other epicenters where the pandemic has wrought serious social and economic havoc. With underdeveloped healthcare systems in all aspects, the continent cannot afford to let its guard down and gamble with the lives of its huge vulnerable population.

In places that show an upward trajectory of infections, there is really no alternative to maintaining lockdowns, and reinstating those that have been eased or lifted. In its statement, the WHO noted that seven countries in sub-Saharan Africa which had started easing lockdowns have experienced a 20-percent increase in coronavirus cases in the last two weeks.

This includes Kenya, whose daily COVID-19 cases recorded in 24 hours doubled to 960 about three weeks after lifting a three-month lockdown and reducing curfew hours. Madagascar, Morocco and the Republic of Congo are some of the countries that have reinstated partial lockdowns after experiencing a resurgence of cases. Madagascar stands out because of its previous announcement that it had discovered a herbal remedy for the virus. By the look of things, the remedy's efficacy is still unclear. As of July 9, Madagascar had reported 3,782 cases and 33 deaths.

The continent would rather heed the warning by Dr Matshidiso Moeti, the WHO regional director: "The virus has spilled out of major cities and spread into distant hinterlands. Countries need to keep apace and urgently decentralize their key response services. We can still stop COVID-19 from reaching full momentum, but the time to act is now."

Going forward, therefore, African countries need to upscale the quality of public health measures including testing, contact tracing and isolation. These measures must be preceded by insistence on handwashing, physical distancing and wearing masks. In the WHO's words, the lifting of lockdowns should be "evidence-based, phased and targeted."