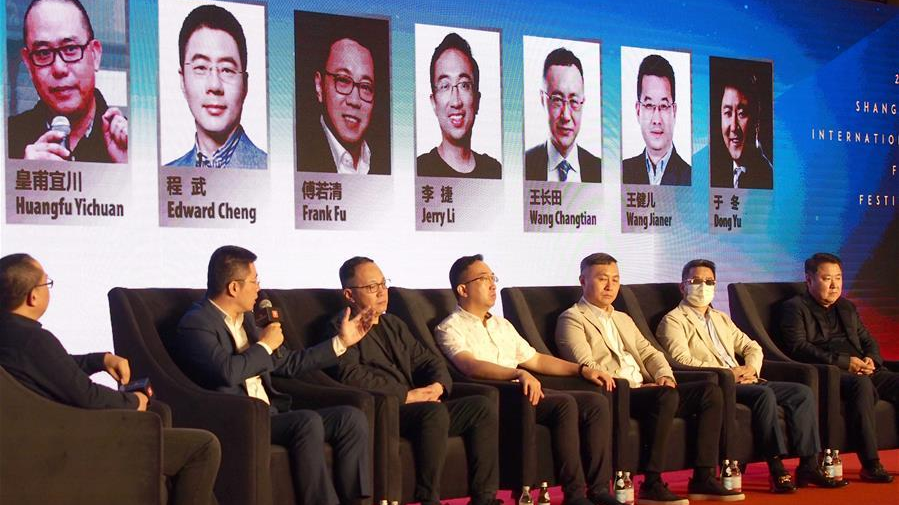 Experts talk about how to resume film work during a forum of the opening ceremony of the Shanghai International Film Festival in Shanghai, July 25, 2020. /Xinhua

Experts talk about how to resume film work during a forum of the opening ceremony of the Shanghai International Film Festival in Shanghai, July 25, 2020. /Xinhua

The event launched a "reunion" themed poster that captured the essence of global cinema. The artwork consisted of high wired technology, cameras and other equipment that illustrated the significance of the SIFF, especially during unprecedented times set forth by COVID-19.

This opportunity sparked high hopes for moviemakers to feel motivated and hopeful about the future of entertainment. The global film industry has already been met with severe challenges following the coronavirus outbreak earlier this year. National and international film releases were postponed, ongoing film shoots were cancelled and production companies endured insufferable financial loss. Although the situation isn't any different today, things seem to be evolving for the better.

Events like the SIFF have engaged the global community without discriminating the culture of cinema. Politics often polarizes but the arts and culture achieve a contrary effect. They bring people together, foster global engagement and help societies grow.

This year, we saw 108 countries submit thousands of films to the prestigious selection committee of the SIFF, but only the best made it through the final round. Out of 3,693 submissions, at least 320 movies from countries like Japan, the United States, Canada, Italy, Germany, France, Indonesia and India made the cut. These films were screened in selected cinemas in Shanghai. The festival managed to capitalize on digitalized channels to involve influential filmmakers and have them share their stories with the world. 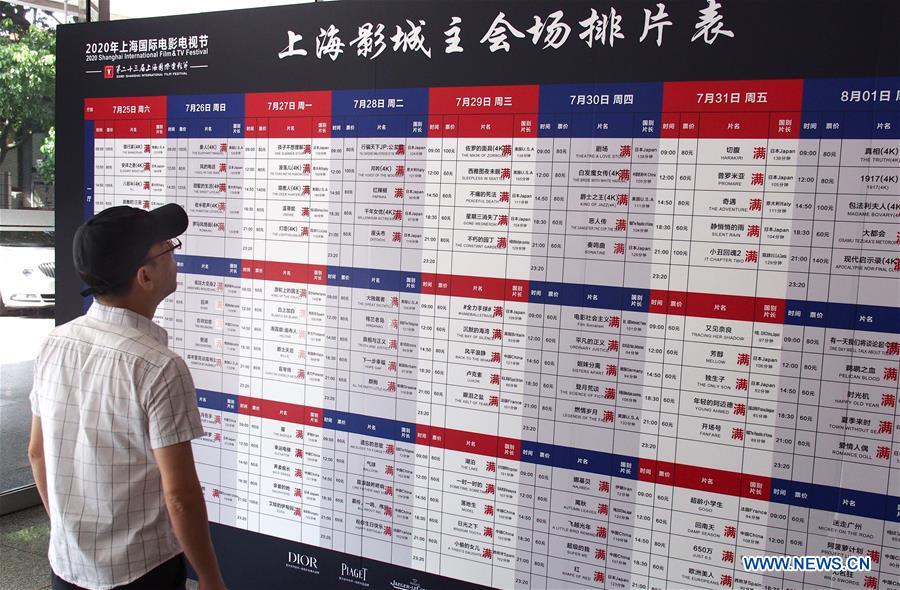 A visitor checks the schedule of films at the Shanghai Film Art Center in Shanghai, July 25, 2020. /Xinhua

A visitor checks the schedule of films at the Shanghai Film Art Center in Shanghai, July 25, 2020. /Xinhua

What made this grand event so worthwhile and exciting was the opportunity for people to experience cinema after months of self-isolation and quarantine. The event also adhered to strict precautionary measures to curb the impact of COVID-19. For this reason, the glamorous red carpet ceremony and an exquisite launch were taken off the schedule. Despite these restrictions, the tickets sold out immediately within the first hour. This trend shines the spotlight on the festival and its far-fetching impact on mass crowds.

The SIFF has been serving the purpose of effective, heartfelt storytelling since 1993. The event boasts a lineup of diverse, culturally and morally appealing stories that the world can resonate with. People are likely to invest in films relatable and representative of their culture and heritage. It ultimately boils down to responsible storytelling, and whether directors, writers, producers and actors are owning up to this responsibility or not.

In the modern era of films, the practice of bringing nuanced, compelling stories to the audience has kind of died down. While movies with powerful scripts and characters are still made to appease people, they aren't produced as frequently as before. Many people in the industry are more inclined to invest in commercially viable films that may gather millions but not necessarily move filmgoers. Thus, the SIFF is challenging filmmakers to come out of their shells, experiment more with their craft and be brave in their decisions. The event intends to revive the culture of sound filmmaking that would allow current and future filmmakers to extract lessons from a pool of selected films.

Film festivals like Tribeca, Cannes, Tokyo and Venice should band together with Shanghai and vice versa to contribute to the cause of promoting foreign films. Collaboration is key to sustaining long-term ties with countries, be it in the form of academia, cultural exchange programs or workshops. The Shanghai International Film Festival manages to achieve this goal through films. Pulling off this event with utmost ease in 2020 makes this a landmark moment for China's entertainment industry.