An American guide to killing competition in tech
Wamika Kapur 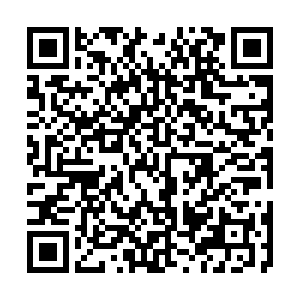 America's campaign of China-bashing hides a carefully orchestrated scheme to maintain its technological supremacy. The highlight of its campaign has been its actions against Chinese companies such as Huawei, ZTE and ByteDance. Looking beyond just the superficial unproven allegations, there is a clear trend of America neutralizing potential competition in tech by using extraterritorial actions.

Three decades since conception, Huawei has achieved world leader status in telecommunications. It has tripled its annual sales, currently at 109 billion U.S. dollars, in the past five years and has operations in 170 countries.

As China's largest smartphone seller, it controls 20 percent of the market share and is the world's second-largest seller before America's Apple and after South Korea's Samsung Electronics. However, Huawei has been at the center of American allegations of being a threat to their national security.

America has misunderstood national security to mean its leader status in global value chains and is acting like a tech hegemony. The American playbook of killing competition in tech starts with unsubstantiated claims being made against foreign companies. They are fined heavily, and their top management is threatened, in some cases arrested, on foreign ground using American allies.

The countries of origin are slapped with tariffs and economic and diplomatic sanctions, the only international recourse for misconduct, until they succumb to the pressure and are open to negotiations. American allies are also told to ban the company operations. The companies, publicly ostracized by America, usually never recover and become easy pickings for American companies who then buy them and take over their intellectual property.

Before there was China-bashing, the 1980s and 1990s saw "Japan-bashing" with Toshiba at the center. Toshiba was the crowning glory of Japan's tech and manufacturing industry and a supplier of consumer electronics.

It was accused of selling military sensitive technology, propeller-milling equipment, to the Soviet Union and there was a Senate proposal to ban imports for two to five years made by Toshiba which would have accounted for 10 percent of its annual sales. There were sanctions on semiconductors, a top product in Japanese exports, and the possibility of being locked out of America's Strategic Defense Initiative Research and defense contracts.

In response, the top executives of the company resigned as a show of remorse because they could not afford losing access to America, its largest foreign market. However, the reaction by Congress seemed like a targeted witch-hunt as the correlation between Toshiba equipment's usage to make Soviet submarines quieter was never established and the sales were made by a subsidiary company Toshiba Machine Co, not the parent company Toshiba Corporation.

Congress flip-flopped on its assessment of the damage caused multiple times, stating that the Soviet Union may have already had the technology. There was a huge backlash from affected domestic companies mentioning that the sanctions would damage American original equipment manufacturers.

French power and transportation giant, Alstom faced a similar fate when it was accused of corruption by America. They paid the highest penalty under the Foreign Corrupt Practice Act at the time, 700 million U.S. dollars, and were forced to sell 70 percent of the company to its main American competitor General Electric.

This gave America control over all French nuclear power plants which produce 75 percent of the electricity in France. The French conglomerate's executive, Mr. Frederic Pierucci, has written a book "American Trap" highlighting how America has weaponized the American dollar and its judicial system to suit its national interests. Mr. Pierucci has also been vocal about drawing parallels between his experiences and America's treatment of Huawei.

America is trying to maintain its digital monopoly and it is clear for all to see. The latest case is of threatening to ban TikTok, a hugely popular social media app by Chinese ByteDance, on national security grounds while American tech company Microsoft is moving in to purchase the service in Canada, Australia, New Zealand and the U.S.

The American campaign against China's tech companies and apps like TikTok reeks hypocrisy as it goes against two of the very fundamental ideals of democracy – freedom of speech and free markets. Instead of allowing free competition, America wants to monopolize and suppress upcoming innovation. This will be detrimental to America's own market as tech innovation thrives on friendly competition.

The biggest moral implication of these moves is that it shows that the true motives behind American foreign policy are often selfish. America has built up a charade of protecting a liberal world order while violating its very meaning. Ironically, America is becoming the very enemy it warns the world of.

However, Huawei will most likely not share the same fate as Toshiba because it can produce products without U.S. components and the U.S. has comparatively less leverage over China compared to Japan, a security ally.