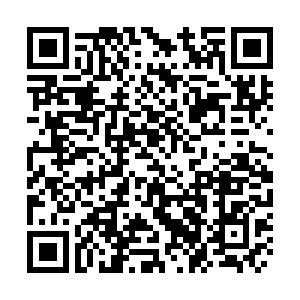 Rising temperatures driven by climate change could cause tens of millions of deaths per year worldwide by the end of the century, potentially matching the global death rate for all infectious diseases combined, according to a new study released by the University of California, Berkeley (UC Berkeley) on Monday.

The study, led by Solomon Hsiang, a climate policy researcher at the UC Berkeley and prepared by the Climate Impact Lab, reported that as greenhouse gas levels in the atmosphere continue to escalate, rising temperatures in the decades ahead could raise annual global mortality rates by 73 deaths per 100,000 people, almost the same current death rate for all infectious diseases globally.

The researchers found very high returns to lowering emissions. Even moderate mitigation of emissions that falls short of the Paris Agreement's long-term targets would cut the projected mortality impacts of climate change by about 84 percent at the end of the century, relative to a scenario of continued high emissions.

Under this moderate emissions scenario, projections show climate change could be responsible for 11 additional deaths per 100,000 by 2099 - on par with the current fatality rate from auto accidents of roughly 12 deaths per 100,000 in the United States, the study said.

Burden to fall heavily on the poorest

Michael Greenstone, an economist at the University of Chicago and co-author of the study, said the burden of a hotter planet will fall heavily on the world's poorest people.

"Our data indicate that with the continued growth of greenhouse gas emissions, the temperature effects of climate change are projected to be five times deadlier than recent U.S. flu seasons," Greenstone said. "In poor, hot countries, the heat may be even more threatening than cancer and heart disease are today."

By dividing the globe into 24,378 regions, the findings identify which places will bear the greatest burden. Communities that have been exposed to hot climates for a long time are better adapted, the study shows.

Hsiang emphasized that the mortal threat of climate change could no longer be considered an abstraction waiting far in the future.

"Failing to address climate change is not that different from driving your kids around without a seat belt: you are putting their lives at risk," he warned.

(Cover: Climate change is having a profound effect in Greenland, where over the last several decades summers have become longer and the rate that glaciers and the Greenland ice cap are retreating has accelerated./VCG )