To contain COVID-19, the U.S. needs to learn from its history
Yannan Collins 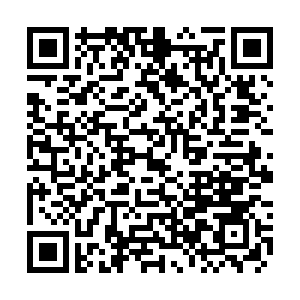 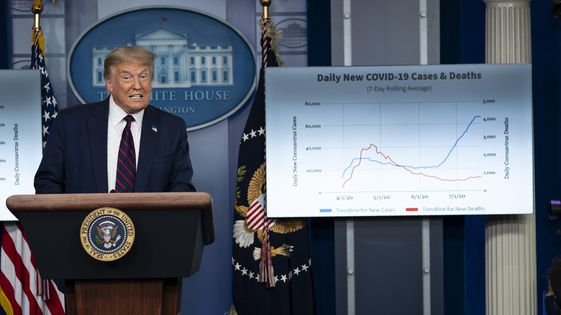 Six months after the first COVID-19 case appeared in the U.S., the country with five percent of the world population is now home to over 30 percent of global COVID-19 patients. Many blame the unexpected and catastrophic outcome solely on the Trump administration.

The U.S., however, has a long history of failing to cope with pandemics no matter who was sitting in the White House at the time. Trump's shenanigans may seem preposterous but not unprecedented.

In 1918, the world has observed not only massive death but also social unrest, inequality, or even shift of power caused by the H1N1 pandemics. The U.S. needs to learn and fully understand history before it can contain the current virus from spreading.

The parallel of mishandling pandemics started with downplaying, which set up for the later wild spreading. Though the World Health Organization (WHO) and China have warned the U.S. about the serious contagion of COVID-19 and community spread was confirmed in the U.S. in late February, Trump nevertheless organized the South Carolina rally and referred to COVID-19 as a "new hoax."

That was seen as one of first major misinformation points concerning COVID-19. Similarly, back in 1918 after the U.S. joined World War I, the H1N1 spread among countries through the war. While the second wave of Spanish Flu emerged in Boston in September 1918, Philadelphia, 300 miles (482.8 kilometers) away from Boston, insisted on throwing a parade to promote Liberty Loans – a government-issued bound to pay for the war in late September, attracted more than 200,000 people.

Three days after it, all the hospitals in Philadelphia were full of flu patients. Then morgues were full, gravediggers couldn't keep up with the demand, and patients were dying at home. A similar scenario has the one witnessed in New York this April and in Houston this July.

Moreover, in 1918, due to concerns that the pandemic would affect solders' morale during the war, most countries affected by the pandemic decided to hide the information. Such a downplaying strategy rapidly backfired on the elites – then U.S. President Woodrow Wilson, Spanish King Alfonso XIII, British King George V, British Prime Minister David Lloyd George and German Emperor Wilhelm II, eventually were infected by the flu.

More than a century later, history repeats itself – six months into the COVID-19 pandemic, the British Prince of Wales, British Prime Minister Boris Johnson, Brazilian President Jair Bolsonaro and some other politicians have been infected. 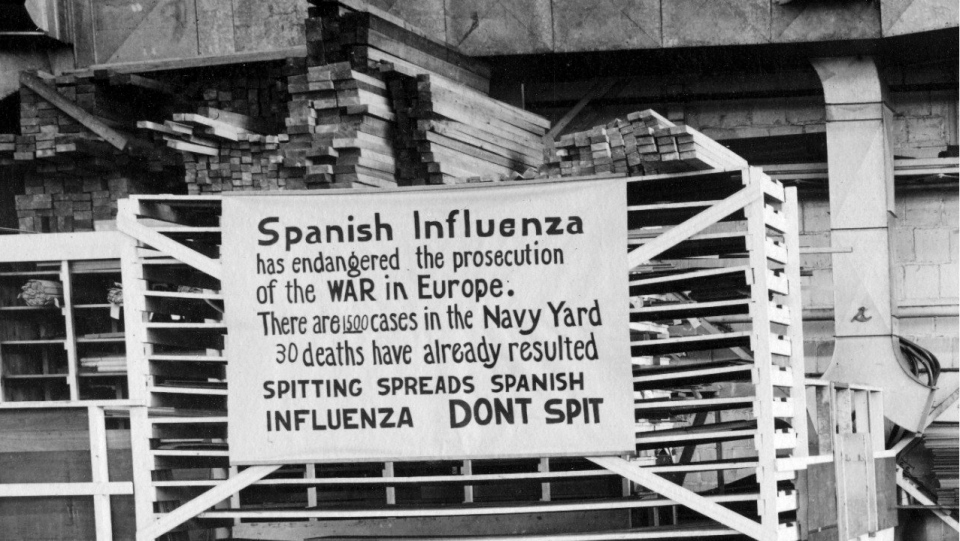 In this October 19, 1918 file photo provide by the U.S. Naval History and Heritage Command a sign is posted at the Naval Aircraft Factory in Philadelphia that indicates, the Spanish Influenza was then extremely active. In many ways, 2020 is looking like 1918, the year the great influenza pandemic raged. /AP

In this October 19, 1918 file photo provide by the U.S. Naval History and Heritage Command a sign is posted at the Naval Aircraft Factory in Philadelphia that indicates, the Spanish Influenza was then extremely active. In many ways, 2020 is looking like 1918, the year the great influenza pandemic raged. /AP

Most importantly, the U.S. government should have expected that prolonged pandemic brings social unrest. The COVID-19 pandemic has led to protests, division, high unemployment rate, and economic recession.

Yet, H1N1 pandemic a century ago intertwined with World War I, contributing social unrest all over the world. The U.S. Congress was busy contending the flu in the Lower-48 states and settling World War I, therefore denied Alaska Governor's proposal of 1.5 million U.S. dollars (in today's value) to help the Alaskans leave the indigenous people suffering.

Thus, Wilson failed to sway France's and Britain's hostile and aggressive position toward Germany in his Fourteen Points – his vision of a "just and secure peace." France and Britain took advantage of Wilson's condition by dominating the treaty-making process.

During the Paris Peace Conference in 1919 and 1920, China was supported by Americans to reclaim Shandong, but Western powers rejected it after Wilson failed to convince the rest of the Allies. This sparked the May Fourth Movement in China.

The U.S. has every reason to win in a fight against the pandemic: it is the wealthiest country, the leading nation of technology and innovation that attracts the best doctors and most developed medical resources. The 2019 Global Health Security Index also suggested that the United States was the most prepared country.

Asian countries such as China, Vietnam, Japan, South Korea, Singapore, and Thailand have responded quicker and better than European countries and North American countries because people in those countries learned from the SARS outbreak in 2003. If the U.S. can't learn and improve, Americans will continue to suffer, not only in this pandemic, but also in the next one, if any.