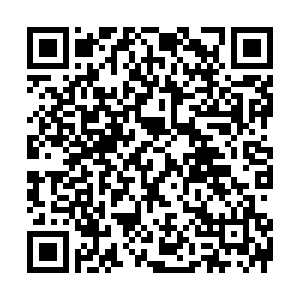 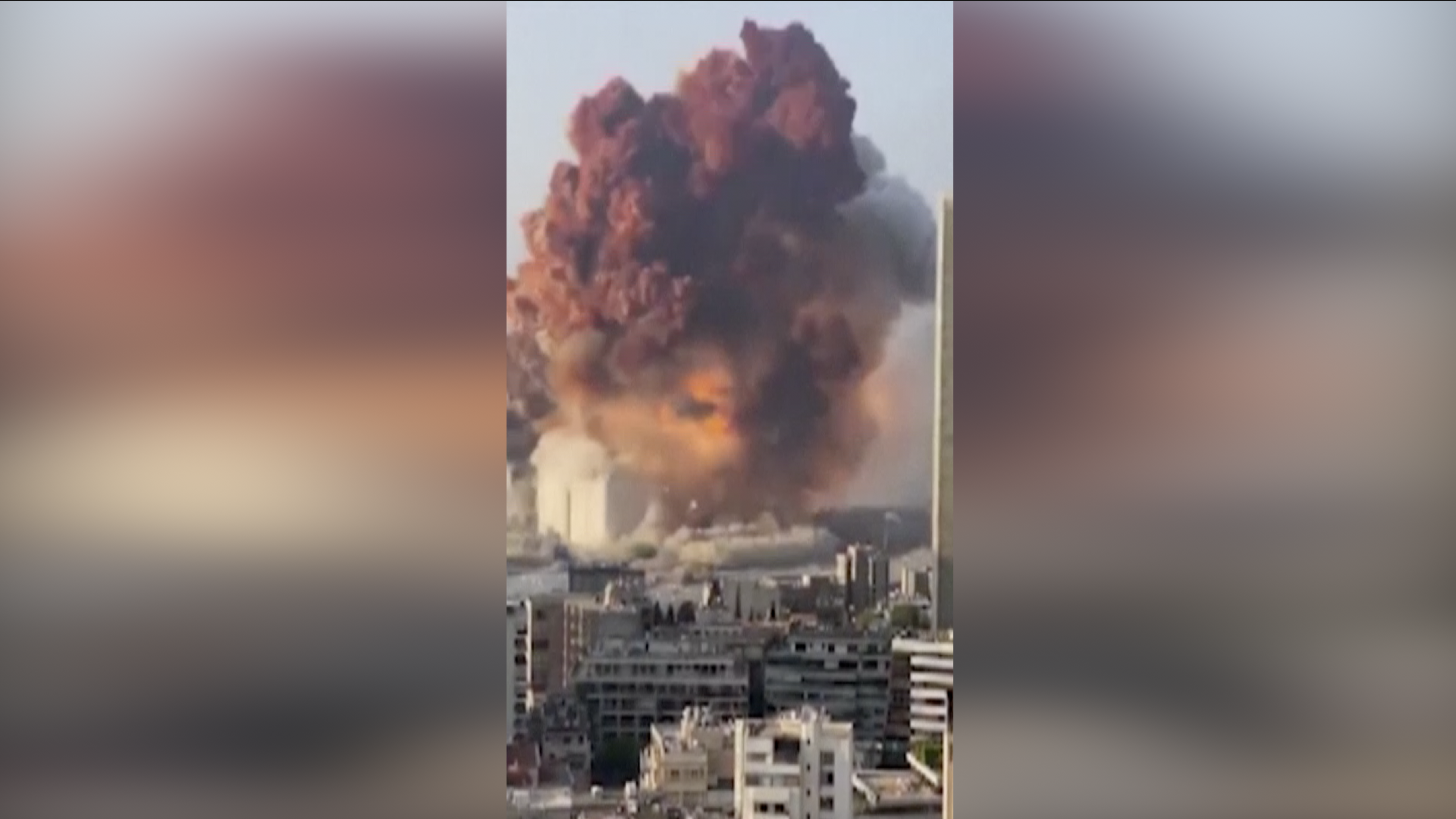 A huge explosion rocked Lebanese capital Beirut on Tuesday, leaving at least 100 people killed and over 4,000 others injured. The blast rocked the Port of Beirut at around 6:10 p.m. local time (1610 GMT), shaking buildings all over the city while causing massive casualties and damages. The number of casualties are expected to rise as search and counting continue.

What we know so far:

The blast appears to have been centered on the city's port area. The causes of the blast remained unknown and an investigation is under way to find what had exactly triggered the explosion. But Lebanese Interior Minister Mohammad Fahmi said that the explosive chemicals stored at Port of Beirut may have caused the explosion.

Thousands of people sought treatment in nearby hospitals, which were struggling to cope with the huge number of casualties.

Lebanese President Michel Aoun said a state of emergency should be declared in Beirut for two weeks following the massive explosion on Tuesday, and he called for an emergency cabinet meeting on Wednesday.

Aoun, in remarks published on the Presidency Twitter account, said it was "unacceptable" that 2,750 tonnes of ammonium nitrate was stored in a warehouse for six years without safety measures and vowed that those responsible would face the "harshest punishments".

The U.S. Embassy in Beirut released a statement advising that people wear masks and stay indoors, following "reports of toxic gases released in the explosion."

What is ammonium nitrate?

Ammonium nitrate has a number of different uses, but the two most common are as an agricultural fertilizer and as an explosive.

Ammonium nitrate does not burn. However, it will support and increase the rate of combustion in the presence of flammable or combustible materials even in the absence of oxygen.

Prime Minister Diab said in the statement it was "unacceptable" that so much explosive material was stored in a warehouse "without taking preventive measures while endangering the safety of citizens." 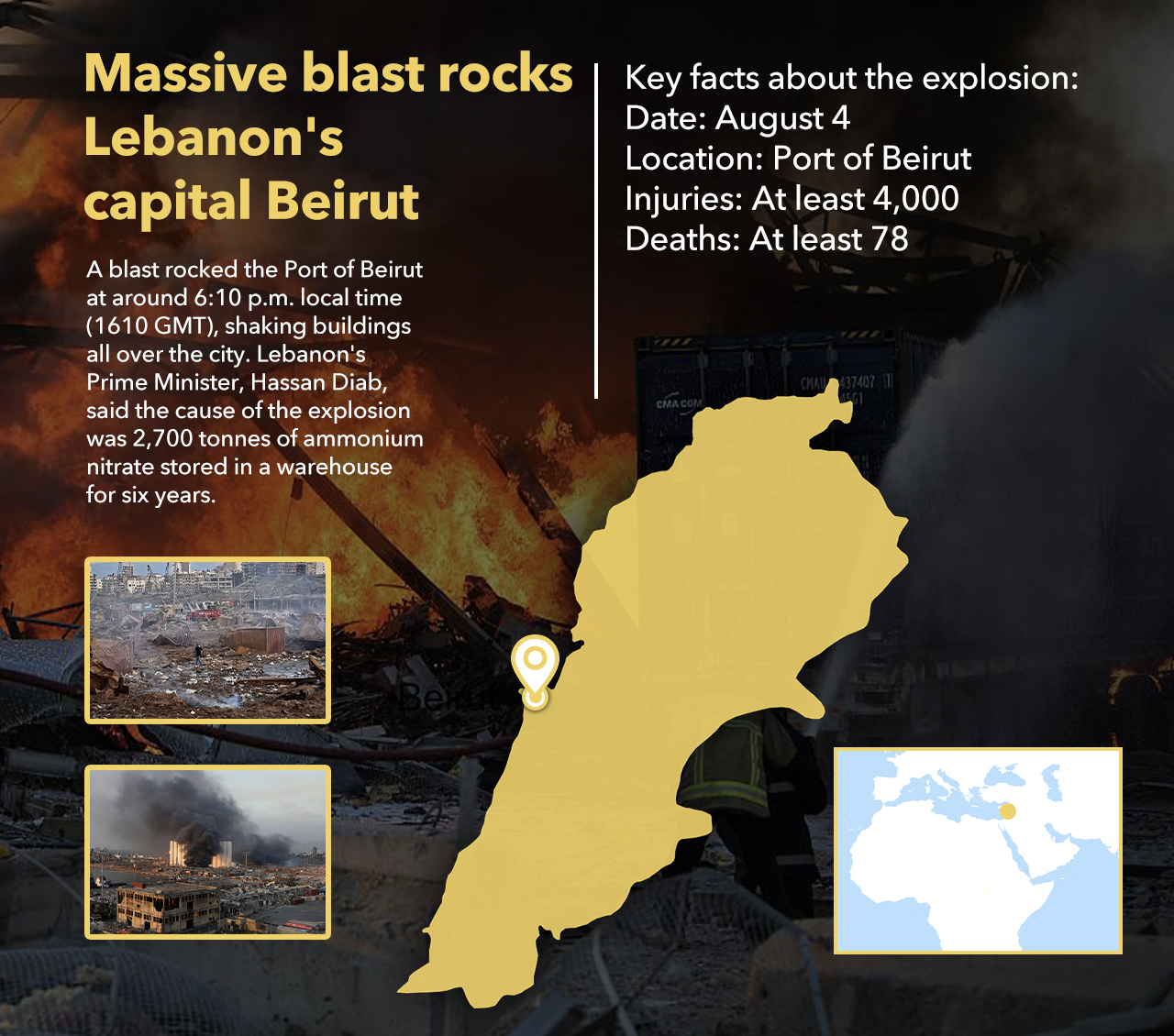 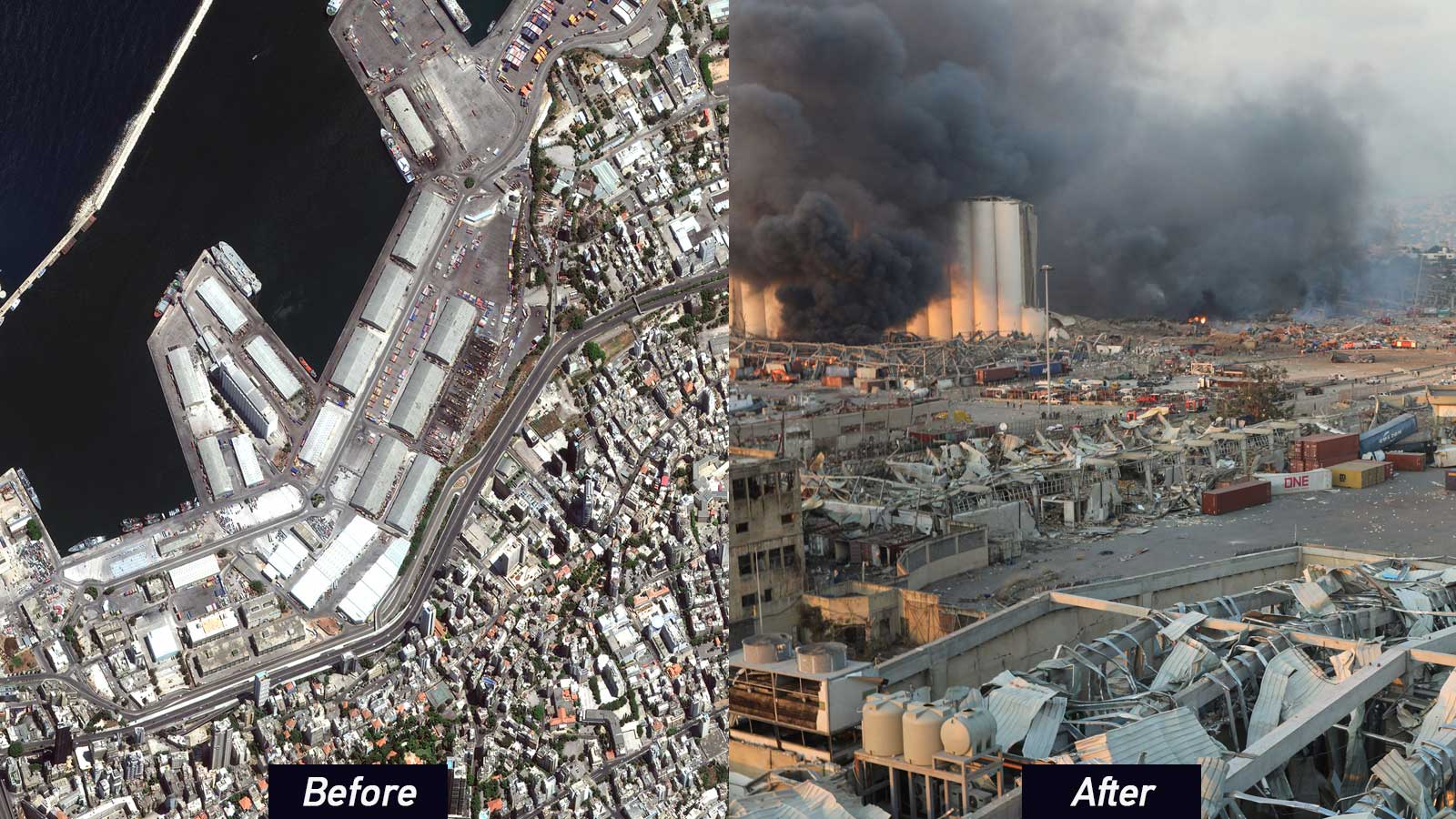 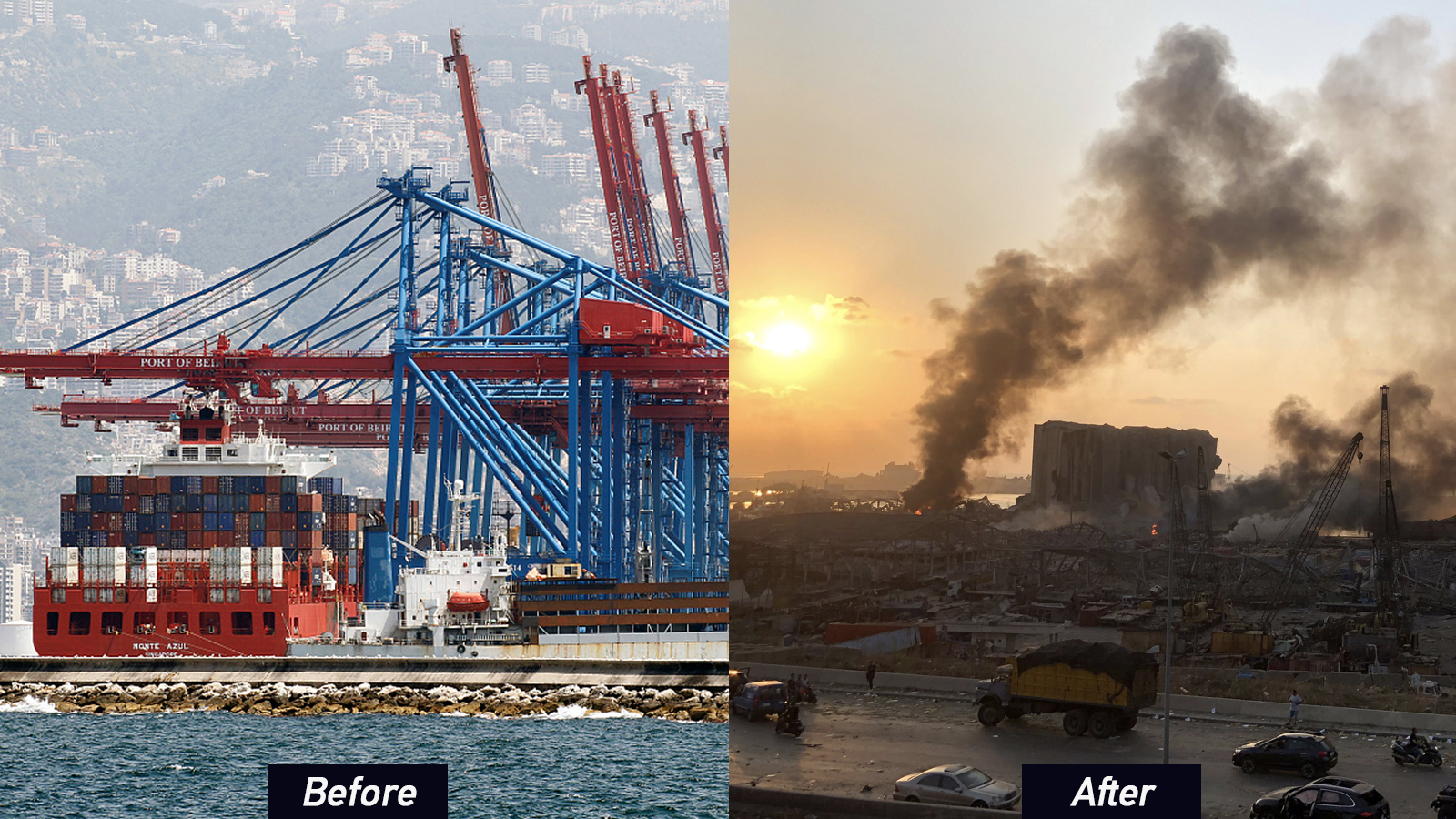 U.S. President Donald Trump said the U.S. "stands ready to assist Lebanon" and that he had met with some U.S. generals who feel the blast was not "some kind of a manufacturing explosion type of event."

President Vladimir Putin said that“Russia shares the grief of the Lebanese people," according to a Kremlin statement.

French Foreign Minister Jean-Yves Le Drian said the country was"ready to provide assistance according to the needs expressed by the Lebanese authorities."

Canadian Prime Minister Justin Trudeau wrote on social media to say "we think of all those who were injured in this tragic explosion, as well as those who are trying to find a friend or family member or who have lost a loved one. We're ready to help you.”

In the region, Gulf nations were among the first to react, with Qatar promising to send field hospitals to support the medical response.