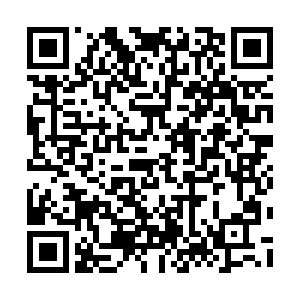 Gold prices, which overnight hit a record high of 2,000 U.S. dollars for the first time in history, may continue its ascend and even climb "well beyond" 3,000 U.S. dollars per ounce, according to BOCOM International Holdings, the investment arm of the Bank of Communications.

"There's very little suspense, just a matter of time. I would not be surprised that gold rises well beyond 3,000 U.S. dollars an ounce level," Hong told CGTN in an interview.

Gold prices reached a record close of 2,021 U.S. dollars per ounce overnight – it was trading at 2,040 U.S. dollars at 6 pm Beijing time. Analysts have attributed the rise to the ongoing coronavirus pandemic and geopolitical unrest.

The blasts in Beirut, Lebanon, which killed over 100 people and wounded thousands also moved prices upwards, they said.

Hong explained that the U.S. dollars credit in the system has been "eroded by the dramatic expansion of the U.S. Fed" and has been weakened by what he termed the "reckless fiscal policy that is adopted by the U.S. government."

"As a result, people are looking for a substitute for the U.S. dollar as paper currency. Given the limited supply of gold and silver, people really want to hold on to this valuable asset,  just in case the U.S. dollar collapses one day," he said.

Asked what other safe-haven investors are looking at, Hong said that stocks were generally expensive and U.S. bonds have continued to reach new lows, especially the U.S. Treasury 10-year bond.

"So if you look around, the cheaper assets are commodities, energy, and gold and silver. I think this is the most important reason behind this recent push."

"Everything is so expensive if you are looking at valuation as a defensive measure, for the upcoming turmoil… I would say gold, and silver, and to a certain extent, bitcoin, and the Chinese government bonds, which is currently giving just under 3 percent returns, which I think is among the highest in the world, and with very good credit," he said.

Meanwhile, in a research note, FXTM market analyst Han Tan wrote that gold may have another 10 percent or more to the upside before finding its peak, attributing gold's bullish outlook to the "flailing U.S. dollar, expectations for higher inflation, and the unprecedented amounts of financial support from governments and central banks all around the world," as well as uncertain economic and geopolitical outlook.

"In short, gold's performance thus far in 2020 has been akin to a soaring rocket, and there seems to be plenty of fuel left in its tank," he wrote.