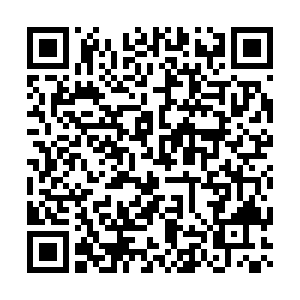 U.S. President Donald Trump's unprecedented demand that the U.S. get a cut of the proceeds from the forced sale of Chinese internet giant ByteDance's short-video app TikTok may be open to legal challenges, regulatory lawyers say.

"A very substantial portion of that price is going to have to come into the Treasury of the United States because we're making it possible for this deal to happen," Trump told reporters on Monday.

So far, it has not disclosed how much Microsoft is willing to pay for buying TikTok, though many inputs have said ByteDance executives value all of TikTok at more than 50 billion U.S. dollars.

The Committee on Foreign Investment in the United States (CFIUS), a U.S. government panel that reviews deals for potential national security risks, has given ByteDance until September 15 to negotiate a sale of TikTok to Microsoft Corp.

Law experts say the organization usually gives the U.S. government broad authority to seek mitigation from companies that are viewed by the U.S. as jeopardizing "national security." However, it has never before sought a cut from the proceeds of a divestiture it has ordered, experts say.

"It is completely unorthodox for a president to propose that the U.S. take a cut of a business deal, especially a deal that he has orchestrated," Carl Tobias, a law professor at the University of Richmond, told The Wall Street Journal. "The idea also is probably illegal and unethical," he added.

Some of the legal experts say the White House could argue for Trump's behavior that imposing a fee on ByteDance would deprive it of resources that would otherwise support China's government on technology initiatives that could harm U.S. interests. However, they added that this will harm the reputation of the CFIUS.

"It's certainly inconsistent with the intent of Congress ... and with CFIUS' long-standing concern to maintain a reputation for acting apolitically and solely on grounds of national security, but it's not clear that it's outside the president's statutory authority," said Paul Marquardt, a regulatory lawyer at Cleary Gottlieb.

Gene Kimmelman, a former antitrust official at the Department of Justice, said he had never seen any engagement from the White House in this manner and this unique "from start to finish with the government intervening to prevent use of a service in the U.S."

"In terms of a foreign company agreeing to sell assets to a U.S. company subject to antitrust review, I can't see any logical basis under which Treasury or the White House would be negotiating elements of the financial portions of the deal," Kimmelman said.

Gary Hufbauer, a senior fellow at the Peterson Institute for International Economics, said the president's demand reminded him of "medieval kings who oversaw salt monopolies" and would say: "If you wanted to mine some salt, you put money into the royal Treasury."

The White House, the Treasury Department, ByteDance and Microsoft did not immediately respond to requests for comment.

U.S. law states that presidential decisions blocking deals on national security grounds are not subject to judicial reviews. However, a legal challenge is possible under the fifth amendment of the U.S. Constitution, which prohibits the government from seizing property without just compensation, as well as other laws, legal experts said.

While a previous fifth amendment challenge to a CFIUS order had limited success, this would be the first time a challenge could be mounted against the U.S. government imposing a deal fee, the experts added.

"This is akin to the Foreign Corrupt Practices Act but on U.S. soil, where the U.S. government would be able to require what is tantamount to a bribe in order to obtain a regulatory approval for a business transaction," DLA Piper lawyer Nicholas Klein said.

However, the U.S. has not given out any evidence that indicated TikTok had ever bribed U.S. officials in order to obtain or retain business in the U.S.

Trump sometimes floats ideas or actions that get set aside without follow-through. Appearing on the Fox Business Network on Tuesday, White House economic adviser Larry Kudlow appeared to walk back the idea of a payment to the Treasury, saying "I'm not sure it's a specific concept that will be followed through.

"Trump often tries to prove how strong he is by taking novel and extreme positions," Republican strategist Alex Conant told the Wall Street Journal. "A lot of people in Washington may roll their eyes at Trump's off-the-wall proposals, but we shouldn't underestimate their simplistic appeal to many voters."

However, Trump's short-sighted behavior may harm American companies eventually, experts say. In a commentary published by the Wall Street Journal, critics say Microsoft should reject Trump's demand, because it would set a dangerous precedent of seizing foreign investment through law enforcement departments, opening the door for other countries to treat American companies in the same way.