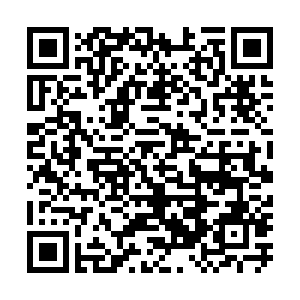 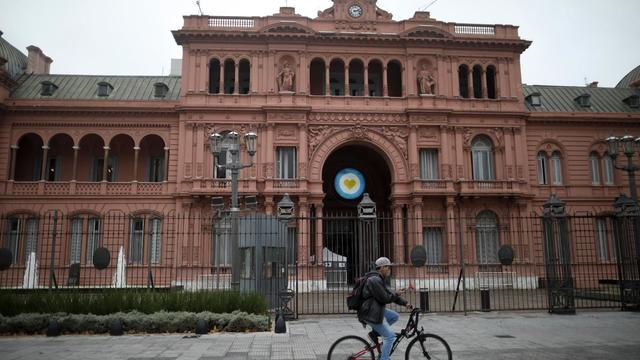 The government house during a government-ordered lockdown to curb the spread of COVID-19 in Buenos Aires, Argentina, May 21, 2020. /AP

The government house during a government-ordered lockdown to curb the spread of COVID-19 in Buenos Aires, Argentina, May 21, 2020. /AP

Argentina has just reached an agreement with three creditor groups to restructure 65 billion U.S. dollars of its debt. The deal will see creditors receive 55 cents on the dollar. That was more than President Alberto Fernández's government wanted, having initially aimed for 39 cents on the dollar last week.

At the same time, the agreement will only offer a partial solution to Argentina's economic woes. The deal only covers 20 percent of Argentina's overall public debt, which totals 323 billion U.S. dollars. For the remainder, the government will either need to repay it, reschedule it, or default on it.

Default is a nuclear option. Argentina has already done this three times this century. While it removes debt from the books, it has a chilling effect on creditors, who will not be so enthusiastic to invest their money in the country.

Repayment demonstrates commitment to its financial obligations. But the downside is that the more money spent on debt means less can be invested in the country's social and economic infrastructure, including public transport links, schools and hospitals. It also means less money available to pay public sector workers or social security, like pensions and unemployment benefit.

Restructuring is a compromise between repayment and default. The agreement reached this week may therefore be a positive sign that another may also be reached, this time with the International Monetary Fund (IMF).

Under Fernández's predecessor, Mauricio Macri, the IMF agreed a 57-billion-U.S. dollar loan in 2018. A total of 44 billion U.S. dollars had been paid out when Fernández announced that he wanted to delay repayments, leading to the remainder being suspended. Back in February, the IMF didn't immediately rule out the chance that a revision might be possible, as both sides stressed the importance of finding a solution that is sustainable.

Ultimately, for Argentina to resolve the economic difficulties it is in, it needs sustainable economic growth. The country is caught in a recession, following sluggish economic activity since 2015 and falls in GDP of two percent in both 2018 and 2019.

The slump in Argentina's economy can be attributed in large part to the global slowdown in demand over the past decade. Like other countries in Latin America, Argentina is reliant on the revenue generated from commodity exports, especially from the agricultural sector. Argentina was therefore not unique in facing economic difficulties in the region.

Argentina's poor economic performance in recent years contrasts with the boom in commodity exports and revenues in the half-decade after 2003. That helped wipe out the impact of a financial crisis which led to the first debt default at the start of the century. That economic recovery also coincided with the presidencies of Nestor Kirchner and his wife, Cristina Fernández, both of whom had Alberto Fernández as their chief of staff.

Simply put, the challenge facing Argentina right now is a lack of economic growth and revenue. An absence of export earnings means less money for public and private investment in the Argentine economy. In the absence of such funds, an alternative is a foreign injection of capital in the form of foreign direct investment (FDI) (which has fluctuated over the past 20 years) or through loans, which can be paid off if the economy recovers and grows.

Unfortunately for Argentina, its economic prospects are more bleak than positive. An initial prediction that the economy would contract by three percent this year was increased to 10 percent by the IMF. This would make the fall in the economy this year comparable to the worst year during Argentina's worst financial crisis at the start of the century: 11 percent in 2002.

A major reason for this is the COVID-19. The first case was diagnosed in early March. The government moved fast to impose a quarantine and a travel ban by the middle of the month. It also introduced a generous (for the region) social security package to support those out of work. 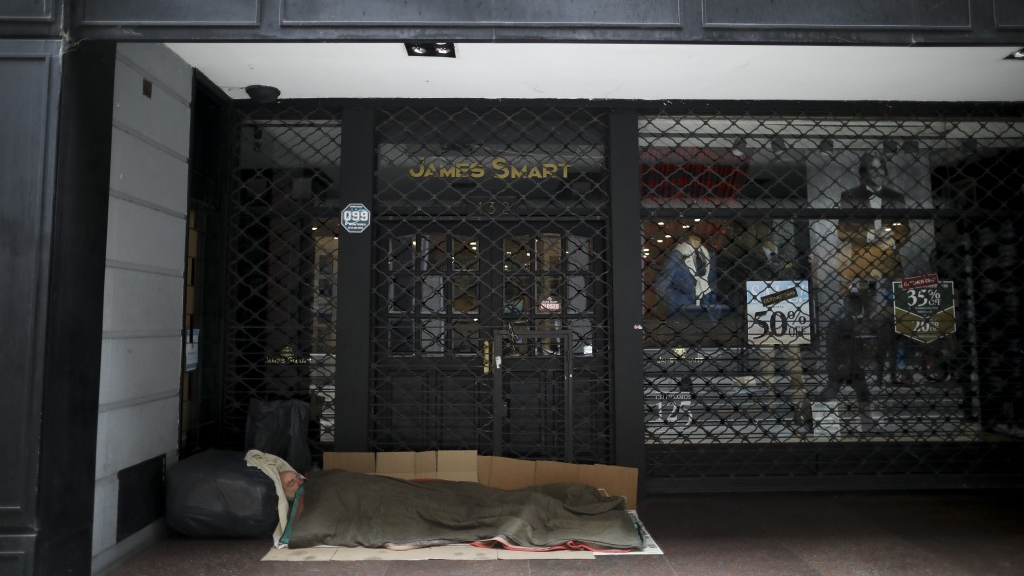 A homeless man sleeps in front of a store at the financial district during a government-ordered lockdown amid the COVID-19 pandemic in Buenos Aires, Argentina, May 21, 2020. /AP

A homeless man sleeps in front of a store at the financial district during a government-ordered lockdown amid the COVID-19 pandemic in Buenos Aires, Argentina, May 21, 2020. /AP

Fernández's move was in stark contrast to other leaders in Latin America, especially Brazil's President Jair Bolsonaro, who belittled the public health threat and criticized the efforts of state governors and mayors to impose social distancing measures.

Fernández enjoyed extremely high approval ratings, including among those who voted for his political rival, Macri, in last year's presidential election. Since then, public support for Fernández has declined, although less so among his own supporters.

The government began to ease the COVID-19 restrictions last month. But this happened as the number of cases was already on the rise. Having been successful in containing the number of cases in the earlier months of the year, the number began to increase from the beginning of June. By August 6, according to data from Johns Hopkins University, Argentina had more than 220,682 cases and 4,100 deaths. According to Buenos Aires Times, Argentina recorded more than 7,000 new cases on August 5 alone.

The dilemma for Fernández will therefore be similar to that faced by leaders in other countries around the world: how to balance the need to contain the spread of the COVID-19 while also finding ways to reopen and restart economic activity. In the case of Argentina, this is especially acute, given the demands to not only provide work and income for its people, but also to manage the costs associated with its substantial public debt.

Fernández's challenge is made bigger by his apparent tendency towards incrementalism when it comes to tackling problems and public policy. He has deferred putting forward a broader, long term vision for the Argentine economy in order to focus on the question of debt restructuring.

Now that question has started to be answered, Argentines will now be expectant for the next step of plotting a way out of the COVID-19 pandemic and putting the economy on the path to sustainable growth.