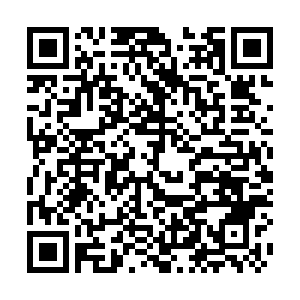 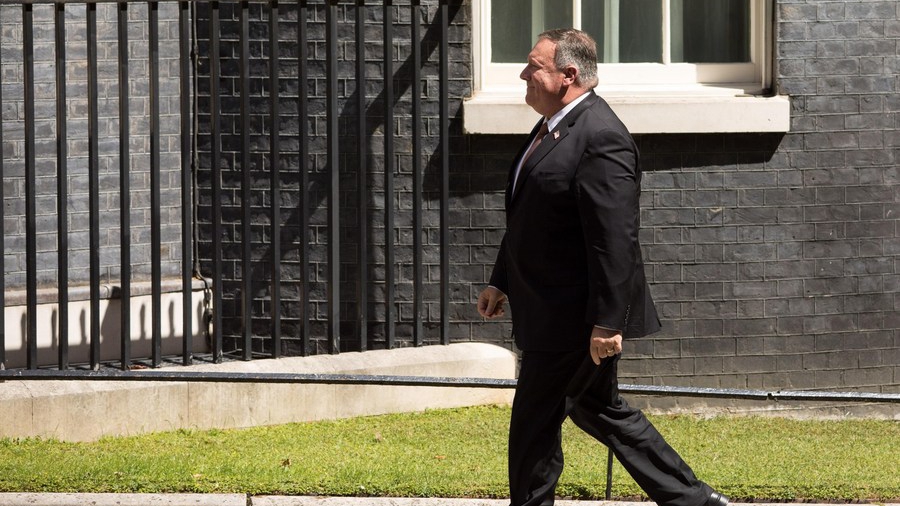 Editor's note: James Rae, a professor at California State University Sacramento, was a Fulbright Scholar at Beijing Foreign Studies University from 2017 to 2018. The article reflects the author's opinions, and not necessarily the views of CGTN.

With President Trump's re-election hopes looking increasingly grim, his foreign policy team is hoping to make an end-run on the "China as scapegoat" theme leading up to the November vote.

In a design to escalate the Cold War demonization of the supposed communist threat, Secretary of State Mike Pompeo commissioned four speeches to denounce China on ideological grounds – espionage, economic competition and strategic ambition. The latter he delivered himself at the presidential library of Richard Nixon, where he sought to undo all progress made in Sino-American relations over the past half-century.

There Pompeo explained that he was educated in the Army to know that "communists almost always lie," that "Chinese companies have no need to pursue profits," that Chinese students are helping to "expand a Chinese empire." These demagogic statements are disconnected from reality and seem lifted from a McCarthy-era handbook on demonizing the Soviet Other through simplistic scaremongering.

Of course, Pompeo reassures us that "Chinese people were made in the image of God," blindly ignoring the cultural arrogance of ascribing his personal faith to others and laughably believing this will pacify the growing outrage America's war on China's development creates inside China itself.

He has punctuated this remark, impolitic and impolite as it is for America's top diplomat, with a more comprehensive attempt to decouple the American and Chinese tech sectors in a new announcement of an escalating agenda dubbed the "Clean Network." This agenda seeks to apply diplomatic pressure on other countries and multinational corporations to break from untrusted sources.

Who are these untrustworthy, i.e. "dirty" people and companies? Why, the Chinese, of course. So, in specifics, no Chinese telecommunication networks, no Chinese apps on mobile phones, no Huawei apps on any phones, no storing information in the cloud of Alibaba, Baidu, or Tencent, and protecting the world's undersea cable lines for internet access from China.

In a clear play to the racist trope familiar to this administration's demonization of China as uncivilized and unsanitary, and already unsuccessfully seeking to apply the moniker "China" or "Wuhan" virus to COVID-19, now China has been kicked out of the "clean" club.

The United States is deemed the home of everything hygienic (cleanliness is next to godliness for many devout Christians like Pompeo, after all). Indeed Secretary Pompeo bears a slight chromatic resemblance to Mr. Clean, the icon of well-kept homes of the 1950s.

Much like the 19th-century exploitation of China's territory, the United States wishes to apply its policy in an extraterritorial approach to pressure non-American entities to comply, gaining a handful of tepidly acquiescent partners thus far.

If China is so uppity to dare to break into the social media app competition of short-term pleasures for minutes-long video fun, why not force them to sell the first big breakout Chinese app in the American market to an American company, like Microsoft. That will clean it up right away.

President Trump has offered his blessing to TikTok if it is run by an American firm; that will clean it right up. We can forget that the U.S. government spent a decade investigating Microsoft's monopolistic operating system before a U.S. District Court submitted a judgment to break up the tech giant as remedy.

We can ignore the spotlessly clean American tech companies and social media behemoths that so pristinely guard privacy, protect our personal data from all takers, and ensure a safe and secure network from foreign intrusion; Facebook is beloved by everyone, aren't they (not!).

American tech firms and telecommunications companies are ubiquitous around the planet, hijacking personal data and cooperating with the American government for national security reasons.

As long as every country bends its will to American hegemonic pressures and intrusions, all is good. If with the U.S.-initiated trade war and now diplomatic war (closing consulates), China reciprocates, the Chinese operations and investments of companies like Cisco, Google, Apple and hundreds of others may be in jeopardy.

This is a gross violation of international principles and practice based on numerous codes of conduct and WTO rules. It is self-defeating and will further undermine American economic competitiveness and recovery and damage the world economy as well as China's.

It grossly exaggerates the threat from Chinese tech firms, which do indeed want and need to make a profit, and undermines the real concerns held around the world of the need for stricter rules governing the security of data and privacy by all tech and social media firms.

Instead, Pompeo's idea of a "Clean Fortress" America reflects the racially-tinged, nationalistic, America First populism of his president, and will not be the last salvo as we wind down the 2020 presidential race.