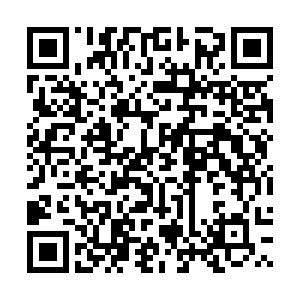 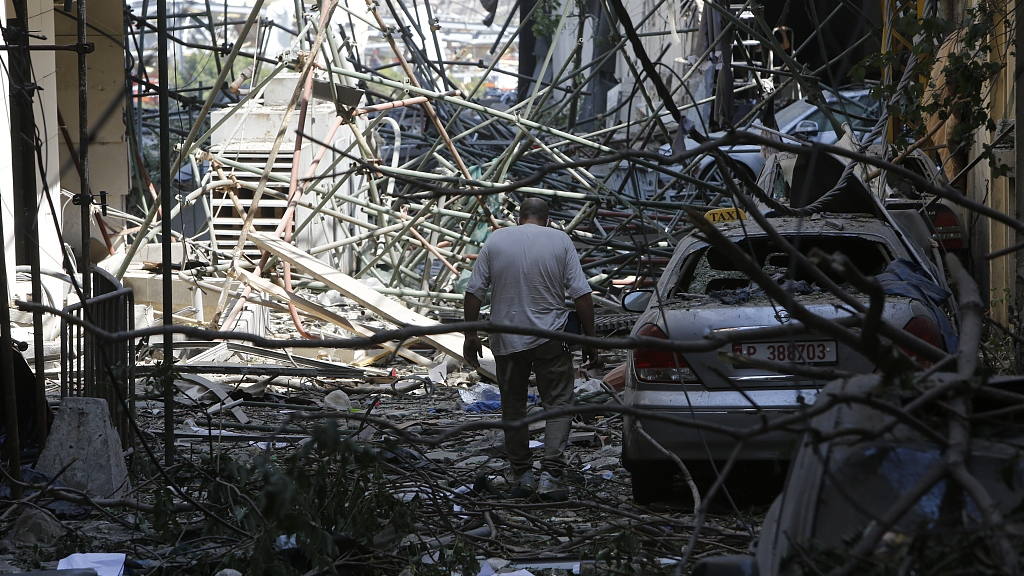 A man walks among debris caused by a powerful explosion that hit Beirut on August 4, 2020. /CFP

A man walks among debris caused by a powerful explosion that hit Beirut on August 4, 2020. /CFP

Across Lebanon, people are opening their arms – and doors – to victims of Tuesday evening's devastating explosion in a beautiful show of solidarity and sympathy as the capital, Beirut, tries to pick up the pieces after the deadly catastrophe.

The cataclysmic blast, believed to be caused by more than 2,700 tonnes of highly-explosive chemical ammonium nitrate improperly stored in a warehouse at the port, razed parts of the downtown area and gutted surrounding buildings, turning them into a jumbled mass of twisted metal and crumbled cement.

Entire neighborhoods were reduced to apocalyptic ruins: collapsed balconies, unhinged doors and furniture ejected out onto the road. Footage showed streets carpeted with glass, strewn with debris and stained with blood. Such was the epic scale of the explosion that windows shook in Cyprus, some 250 kilometers away, and seismologists in Jordan managed to record the violent episode – a bang equivalent to a magnitude-4.5 earthquake.

It was unlike anything Beirut had ever seen, and the city has had its fair share of bloodshed and destruction, from a civil war between 1975 and 1990 to high-profile assassinations in the 2000s, and terror attacks in recent years.

Authorities have counted 135 fatalities so far, although they fear the toll could climb as dozens remain missing, and rescuers continue to rummage through the rubble. But a great number of those who escaped the close brush with death have found themselves without shelter, as the massive shockwave rendered their houses uninhabitable. 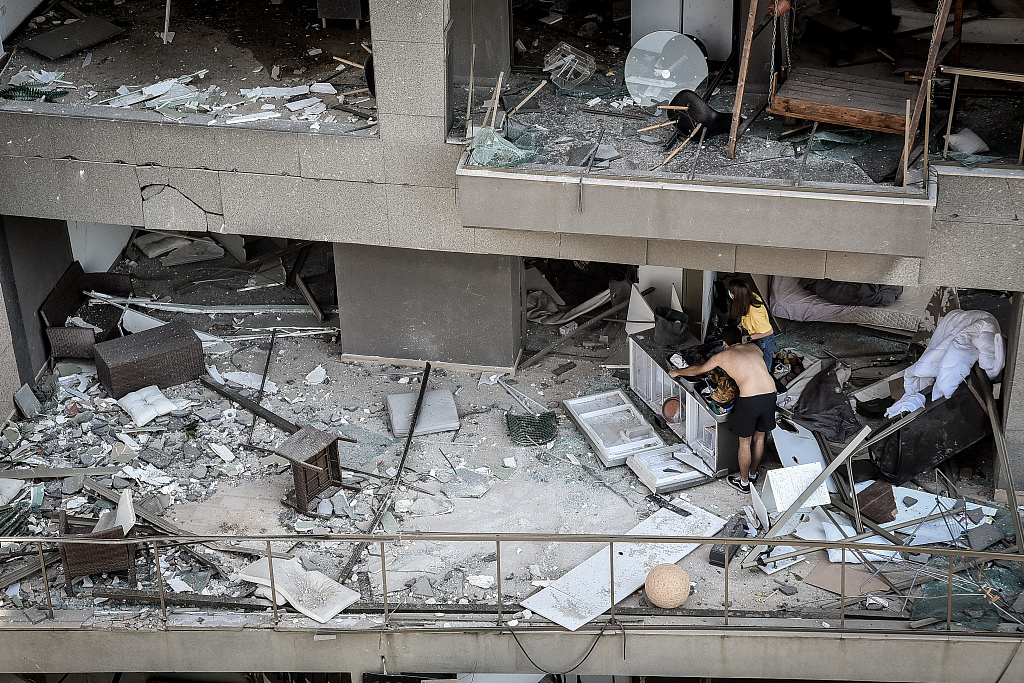 People clean the debris left by a powerful blast that rocked the Lebanese capital of Beirut on August 4, 2020. /CFP

People clean the debris left by a powerful blast that rocked the Lebanese capital of Beirut on August 4, 2020. /CFP

"Between 200,000 and 250,000 people have been displaced," the city's governor Marwan Abboud told local media on Wednesday. "We're working on assisting them with food, water, and housing."

But the public isn't waiting on the government, largely perceived as unreliable and incompetent, to take charge. In true Lebanese hospitality fashion, residents nationwide have opened their homes to strangers since Tuesday night, flooding social media with offers to host those in need using the hashtag #OurHomesAreOpen.

"If you know a family who has been affected by the explosion and has no place to sleep, contact me. Got a house to help with," wrote Ihab Kraidly on Twitter. The 29-year-old man could not stand the wreckage at the site of the explosion and sprang into action.

"I saw the carnage. People running on the road not knowing what to do, cars in the middle of the street, glass everywhere," he told CGTN over the phone. "It was a war zone."

A free bed, a spare room or an unused apartment, it mattered little as long as affected families could have a roof above their heads – especially amid a tough economic situation and worsening coronavirus outbreak. 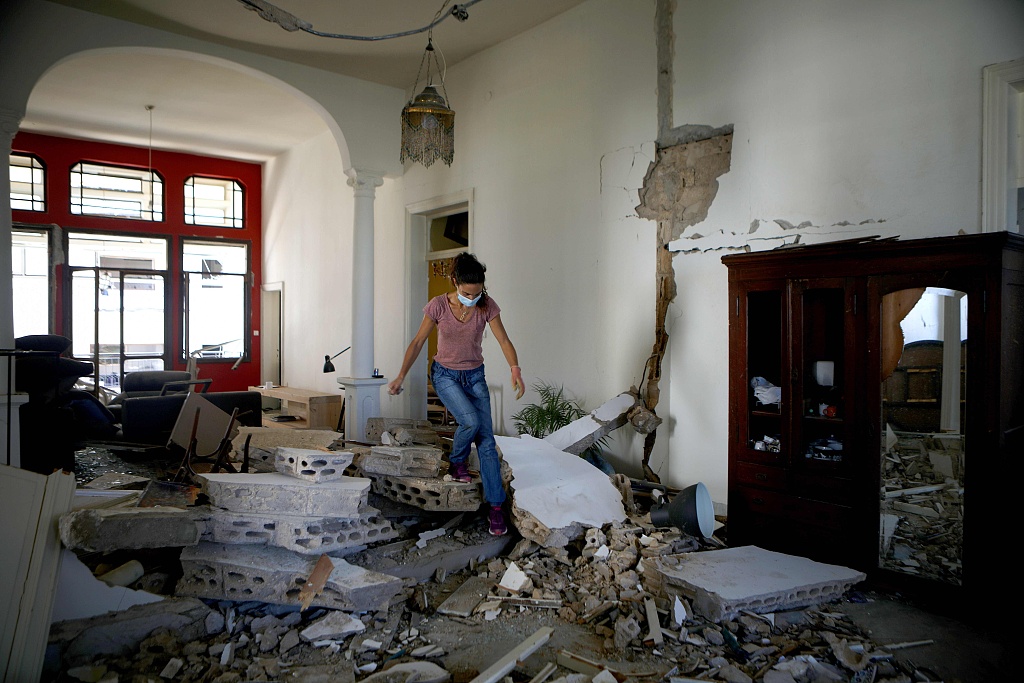 A woman inspects a house that was damaged by a powerful blast that hit the Lebanese capital of Beirut on August 4, 2020. /CFP

A woman inspects a house that was damaged by a powerful blast that hit the Lebanese capital of Beirut on August 4, 2020. /CFP

Lebanon has landed on hard times as of late, with the local currency in free fall, prices shooting to astronomical highs and savings embargoed by banks. Half of the population is in the throes of poverty, and the unemployment level is soaring as businesses go bust. With daily essentials out of reach and relentless power outages intensifying in sweltering summer days, the population has been suffering for quite some time. COVID-19 only added to the misery, and Tuesday's explosion, widely attributed to the negligence of authorities who apparently knew of the danger, was the cherry on top.

"We are living in a horrible economic crisis. Banks decided to block all transactions, and we can't withdraw money," Kraidly said, adding, "I just want to help people."

Schools, offices, charities and monasteries also began to put their spaces at the disposal of those out on the streets and TV channels shared the locations of shelters across Beirut and beyond. Even hotels, already struggling with low occupancy rates and slow tourism, are welcoming needy people free of charge.

Wagih Shbat runs a small inn in the picturesque town of Bcharre, a two-hour drive north of Beirut. For the past two nights, he's been looking for people affected by the explosion to host, sending out messages in WhatsApp groups and pleading people to spread the word.

"That's how I was brought up," Shbat told CGTN. "Now is not the time to make money. There are helpless people out there with barely any clothes on them."

The hotelier has also been providing free food for his visitors and transportation from Beirut for those who can't afford it. Six of the 48 rooms were occupied on Tuesday, and by Wednesday night, he was expecting more to settle in another 10 to 12 rooms. 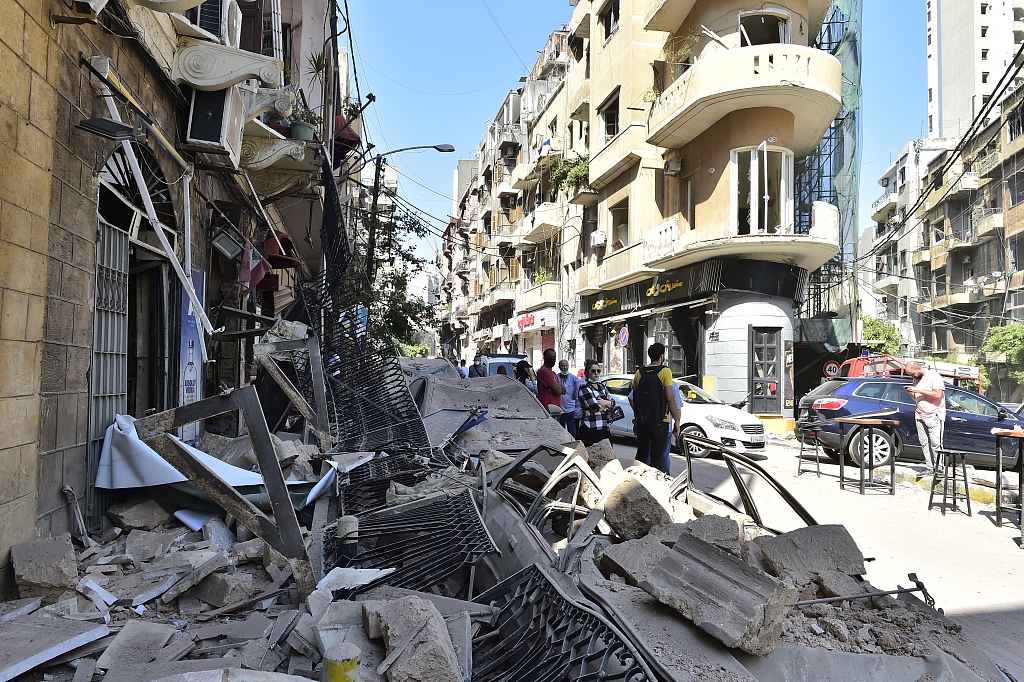 A street in the Mar Mikhael neighborhood, in the vicinity of Port of Beirut, is littered with debris after a powerful explosion hit the Lebanese capital on August 4, 2020. /CFP

A street in the Mar Mikhael neighborhood, in the vicinity of Port of Beirut, is littered with debris after a powerful explosion hit the Lebanese capital on August 4, 2020. /CFP

Even those with no place to share decided to volunteer their time to help affected people, setting accounts online to coordinate housing efforts and compile accommodation offers. One such initiative is "Shelter For Your Help" on Instagram, the brainchild of a senior high school student. Since Tuesday, Alaa Hijab has spent hours combing online networking platforms in search of entries from people willing to take others in.

"The real challenge is to share these posts as quickly as possible so that they could reach the people in need," Hijab told CGTN. The teenager managed to gather 296 posts that feature offers from residents in less-affected Beirut localities all the way to cities in the country's deep south and towns close to the border with Syria.

"The Lebanese have always been there for each other during crises. [Everyone] knows that only we, the people and not the officials, can help each other," she said.

The string of compassionate acts in the wake of the tragedy has seen citizens lining up to donate blood in hospitals, psychologists offering free counseling, architects giving out discounts, and social media users sharing information of missing people.

The grief and pain are palpable in Lebanon, but so is the sense of togetherness and community. The explosion might have bent buildings and swayed structures, but the foundation of the country's famed hospitality remains intact.