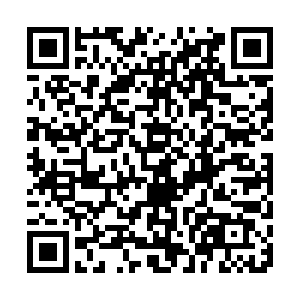 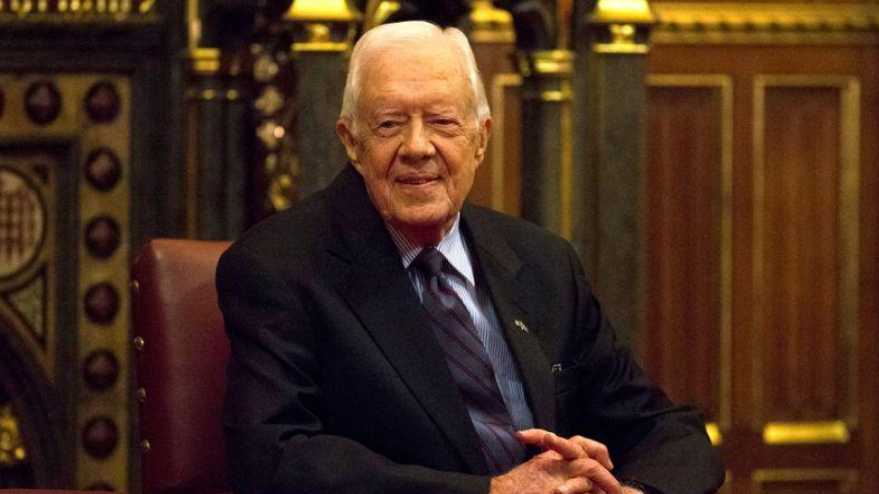 Former U.S. President Jimmy Carter after giving a lecture on the eradication of the Guinea worm, at the House of Lords in London, Britain, February 3, 2016. /Reuters

Former U.S. President Jimmy Carter after giving a lecture on the eradication of the Guinea worm, at the House of Lords in London, Britain, February 3, 2016. /Reuters

"This engagement has enabled us, as well as the Asia-Pacific region and the world, to enjoy unparalleled peace and prosperity," former U.S. President Jimmy Carter emphasized the importance of China-U.S. engagement in his letter to an online webinar organized by the Chinese People's Association for Friendship with Foreign Countries (CPAFFC) and the Carter Center on Thursday.

In 1979, President Jimmy Carter and Chinese leader Deng Xiaoping made the decision to establish diplomatic relations between the two countries. But now, China-U.S. relations are facing a more complicated situation that hasn't occurred in decades.

"While our nations have their differences, I trust you will use this discussion to determine which differences must be overcome to foster our bilateral relationship," Carter said in a Wednesday letter to participants of a virtual dialogue on U.S.-China relations.

The former president also noted that Washington and Beijing could work together on many issues, such as climate change, preventing nuclear proliferation and counter-terrorism. 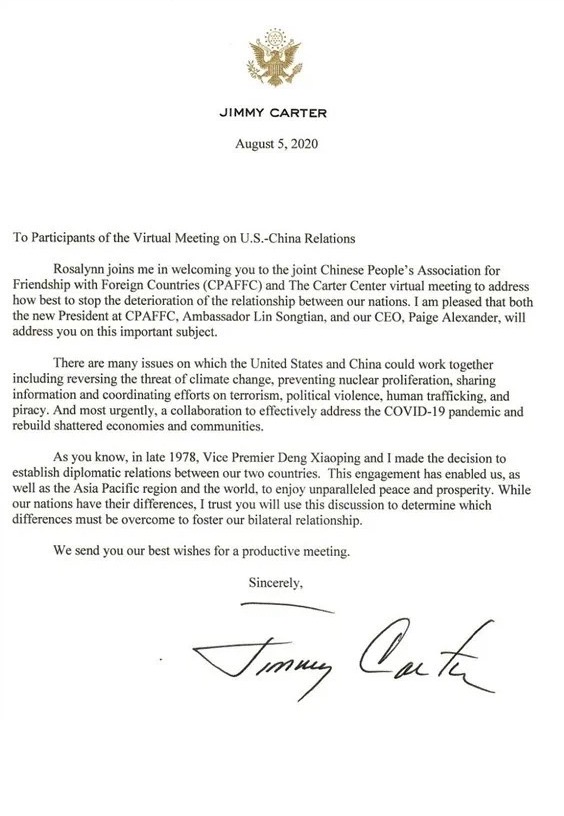 "I'm very much encouraged by the most recent remarks made by Foreign Minister Wang Yi, but also very concerned about upcoming visit by senior U.S. government official to Taiwan, which could really dampen any hope to reverse the course," Bob Holden, chairman & CEO of the United States Heartland China Association, noted.

On the Taiwan issue, Paige Alexander, CEO of the Carter Center, reminds the sensitivity by quoting President Carter's op-ed for the Washington Post in 2018. "Americans must acknowledge that just as China has no right to interfere in the U.S. affairs, and we have no inherent right to dictate to China how to govern its people or choose its leaders."

Alexander further said that President Carter was very concerned about the current status of bilateral relationship and hope the continued engagement with CPAFFC will improve China-U.S. ties. 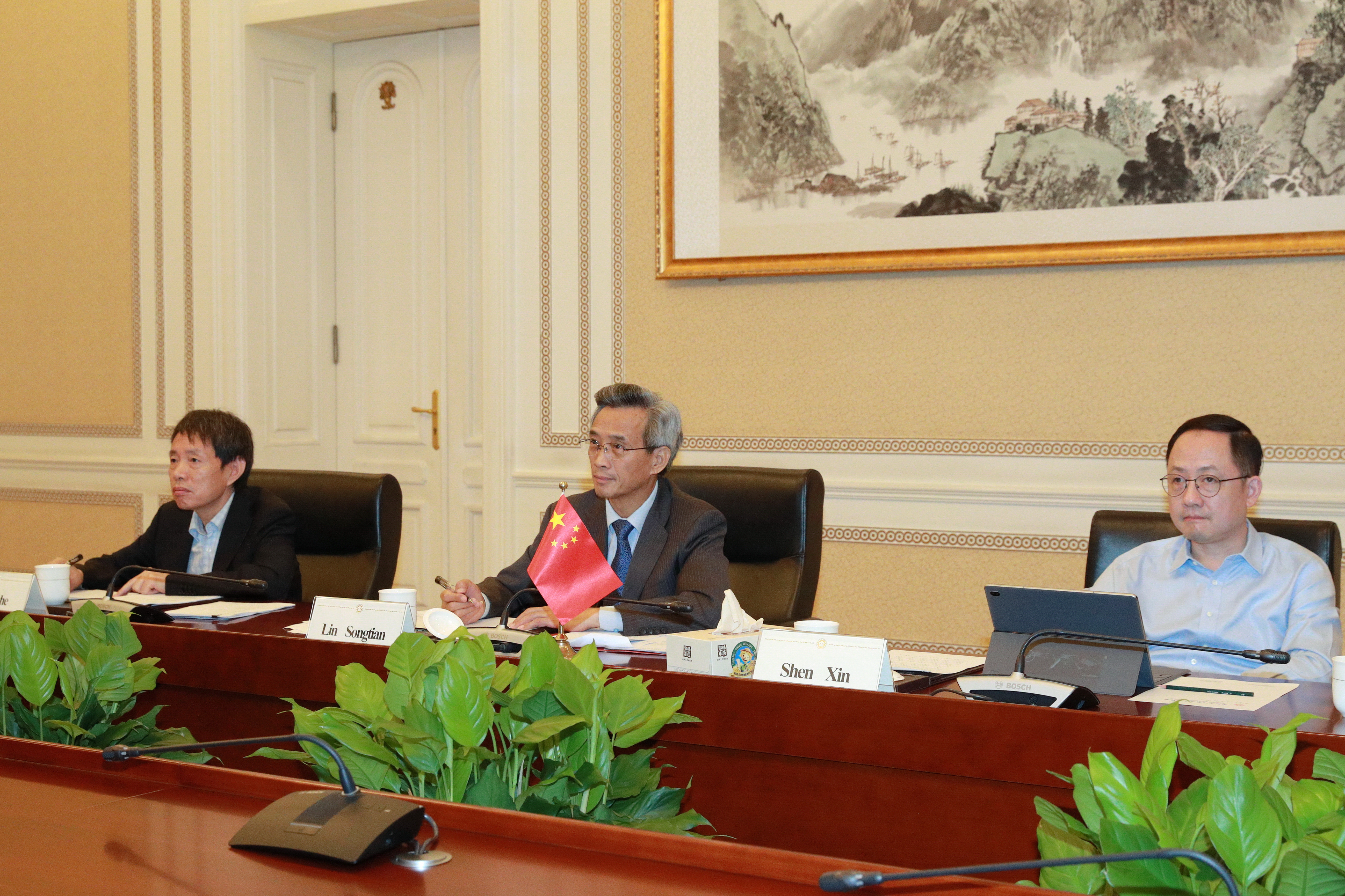 Panelists from the Chinese People's Association for Friendship with Foreign Countries (CPAFFC). /CGTN

Panelists from the Chinese People's Association for Friendship with Foreign Countries (CPAFFC). /CGTN

Steve Orlins, president of National Committee on U.S.-China Relations, also a veteran on China-U.S. relations for decades, emphasized that despite the negative public views on bilateral ties, there are plenty of people in the United States who still believe that a constructive U.S.-China relationship is good for the next generation of Americans. It's good for their economic development.

"It's good because it doesn't force us to spend hundreds of billions of dollars on unnecessary defense spending and preferred it for education and infrastructure and social programs. There are lots of Americans that believe that."

There are many things that the Chinese government has to do to reach out not necessarily to the U.S. government, but to the American people, Orlins added. "The deterioration of China-U.S. ties is not inevitable. I'll never accept it's inevitable. Because if it's inevitable and there will be nothing we can do." 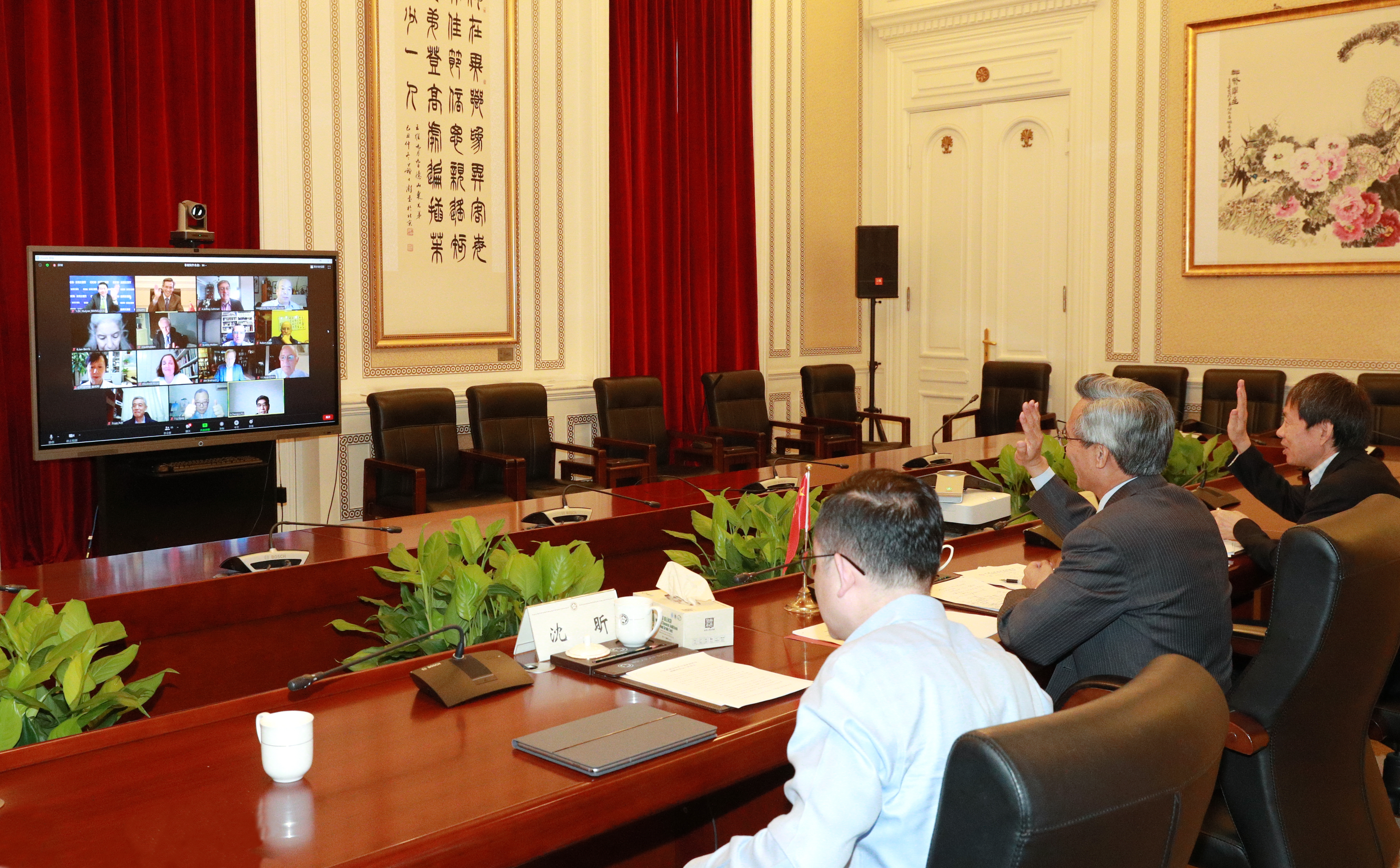 "Give us ammunition to work with to help persuade those Americans who still believe in a constructive U.S.-China relationship that this is the way to go. I'm a short-term pessimist, but an optimist in a long term. As the things that really matter to Americans and the same things that matter to the Chinese," Orlins proposed.

Lin Songtian, president of CPAFFC, echoed Orlins' remarks in his speech that the China-U.S. relations stand at a critical juncture. China and the United States are both great nations, and should be the anchors for safeguarding world peace as well as the boosters driving the world economy.

Lin further responded that the recent actions of some U.S. politicians targeted on China seem to be crazy, but expose their lack of strategic thinking and rationality as well as a strong lack of self-confidence.

As for bilateral exchanges, Lin emphasized that the Chinese People's Association for Friendship with Foreign Countries will continue to play a constructive role, maintain exchanges with American friends from all sectors of life frankly, so as to drive the China-U.S. relations towards a path that best serves the fundamental interests of our two countries and our two peoples.