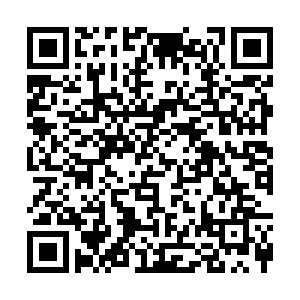 The U.S. on Friday imposed sanctions on 11 HKSAR officials including Chief Executive Carrie Lam and Luo Huining, director of the Liaison Office of the Central People's Government in the HKSAR.

"The unscrupulous intentions of the U.S. politicians to support the anti-China chaos in Hong Kong have been revealed, and their clowning actions are really ridiculous," the office said in a statement.

Before and after the national security law for the HKSAR was introduced, some U.S. politicians have been interfering in China's internal affairs. They violated the basic norms of international law and imposed so-called sanctions on Hong Kong officials. It proves that what they care about is not the rights and freedom of Hong Kong residents at all, but the freedom of the "Hong Kong independence faction" that endangers China's national security, said the statement.

It added that China is not afraid of any outrageous move and the so-called sanctions cannot and will never lead China to compromise on its fundamental principles.

China has expressed strong opposition multiple times, the statement said, urging the U.S. side to immediately stop interfering in Hong Kong affairs. The act and the "sanctions" cannot harm the "One Country, Two Systems" principle and Hong Kong's long-term prosperity and stability, the statement added.

The HKSAR government also issued a statement on Saturday which "vehemently criticized" U.S. sanctions against Hong Kong officials, calling them "shameless and despicable."

Luo Huining, director of the Liaison Office of the Central People's Government in the HKSAR, also responded to the U.S. sanction against him, saying the sanction indicates that he was doing what he "should be doing for my country and Hong Kong."

"I don't have a penny of assets abroad. Isn't it a waste of effort to impose 'sanctions'?" said Luo.

When asked to comment on the U.S. sanction against him, Tang stressed that protecting Hong Kong's security is his responsibility, adding the sanction is meaningless and he will continue to carry on his duty to safeguard the national security in the HKSAR.

Noting that the U.S. has adopted numerous laws to safeguard their national security, Lee said the U.S. moves showed its "double standard and hypocrisy".

It is justice to safeguard national security and the U.S. attempt to use sanctions as a threat will never succeed, he added.

Secretary for Justice Teresa Cheng said in a statement that the so-called sanctions by the U.S. are in vain.

"The United States has used these desperate and illegal sanctions to further strengthen my belief that I have always done the right thing," she stressed in the statement, adding that she has no fear of any threats from the U.S. with her country as a strong backing.

"Compared with my country and the people of my country, my personal interests are of no importance," she said. The Democratic Alliance for the Betterment and Progress of Hong Kong (DAB) issued a statement refuting groundless U.S. accusations.

"Its real purpose is to cooperate with U.S. President Donald Trump and anti-China politicians' ideas of suppressing China's development and to increase political capital for Trump's personal election interests," the statement said.

Any country has the right to safeguard its sovereignty, national security and territorial integrity, the DAB reiterated, adding all sectors and the general public in Hong Kong welcome and fully support the central government's enactment of national security legislation.

The DAB also criticized the U.S. for repeatedly hyping Hong Kong affairs, which is China's internal affairs, slandering the "One Country, Two Systems" principle and trampling on the basic norms of international relations.

On the same day, the Hong Kong and Macao Affairs Office of the State Council also issued a statement which strongly condemned the U.S. sanctions, saying "any intimidation or threats can't strike our will to maintain national security."

The national security law for the HKSAR targets only a narrow category of crimes endangering national security, it upholds China's sovereignty, unity and territorial integrity, as well as Hong Kong's long-term prosperity and stability, the office noted, adding that it will not affect the region's high degree of autonomy and the legitimate rights and freedoms currently enjoyed by Hong Kong residents.

In the statement, the office pointed out that the U.S. is the "disruptor" and "saboteur" that undermined the the practice of "One country, Two systems" and the Hong Kong's prosperity and stability.

The Office of the Commissioner of the Chinese Foreign Ministry in HKSAR later in the day also expressed strong opposition and lodged a "strong protest" to the U.S. moves.

A spokesperson of the commissioner's office said the U.S. imposed sanctions on the Chinese officials would "lift the stone only to drop it on its own feet."

Hong Kong is part of China's territory, and any foreign interference in Hong Kong affairs is unacceptable, the spokesperson noted.