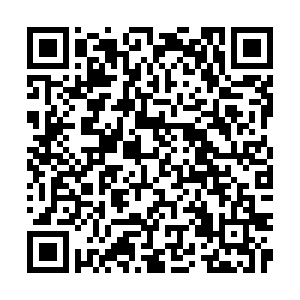 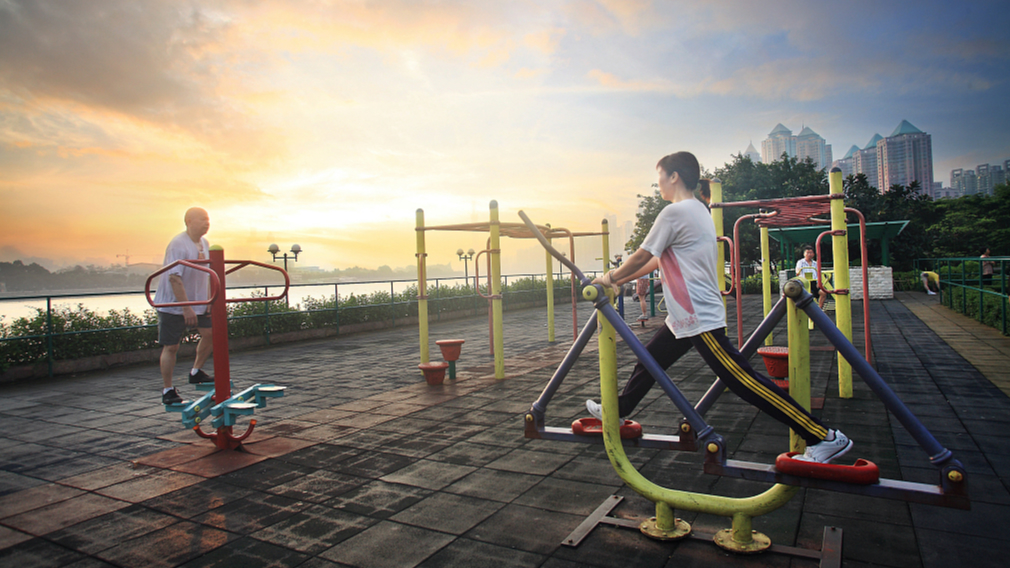 Liang Shan was not, for all her willowy figure and glowing skin, a fitness buff. The 37-year-old senior marketing consultant does make occasional forays into the gym and takes on board the virtues of daily workouts. But she was, like many wage earners in China, finding it onerous to fit regular exercise into the hustle and bustle of everyday life.

"I'm hopelessly in need of a bed at the moment and slacking off. Fitness sessions can wait till another day," she used to murmur to herself in a packed subway train at night, exuding an air of lethargy after a routine long day of work.

In pre-coronavirus days, physical fitness customarily took a back seat for busy bees like Liang, even though a booming economy and greater self-awareness have long fueled appetite for staying healthy. But now, with remote work widely advocated and outings radically curtailed amid the unyielding COVID-19 crisis, Liang is embracing the new normal and adapting to life in a pandemic by going all-in on at-home workouts. 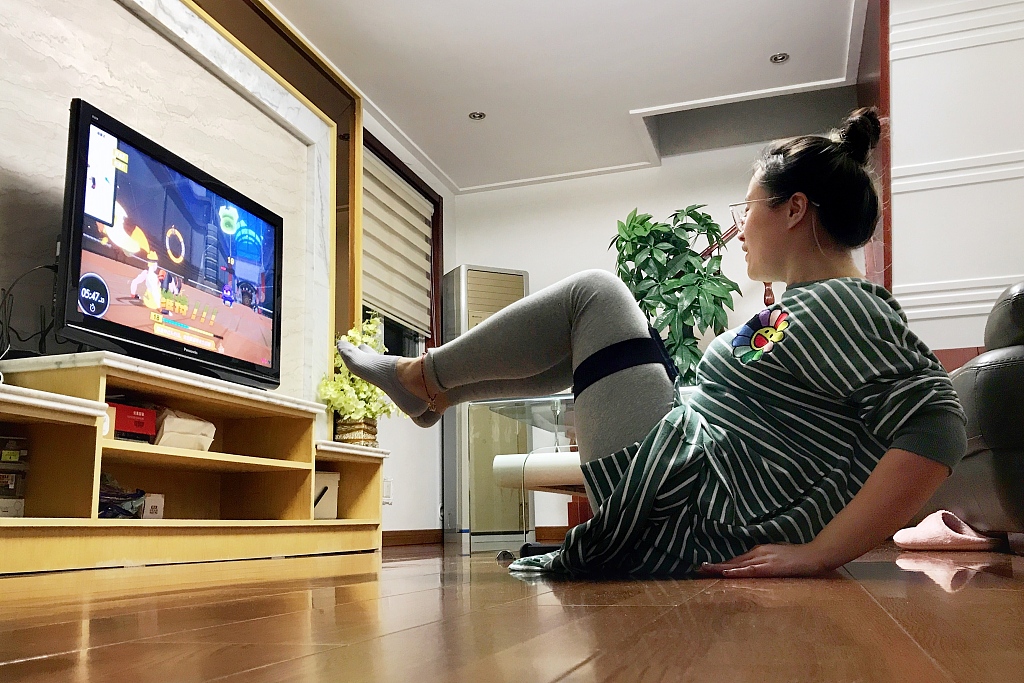 A great number of people in China found ways to do workouts within four walls amid the COVID-19 pandemic. /VCG

A great number of people in China found ways to do workouts within four walls amid the COVID-19 pandemic. /VCG

Freed from the encumbrances of lengthy commutes and physical infrastructure, she is exercising even when she needs a rest. "It isn't just about keeping in shape during social isolation," noted Liang, adding "exercise makes me feel less agitated when the virus upends everything."

Liang is not alone in having to make that transformation. Gone are the days of people posting photos of exquisite cuisine at chic restaurants and thrilling escapade across the globe. WeChat Moments, China's equivalent of Facebook timeline, have now been taken over by legions of workout snapshots and videos from those who never came across as being fitness enthusiasts before the coronavirus hit.

Staying indoors is no excuse to not stay fit. According to a survey compiled by China Central Television (CCTV), downloads of fitness apps shot up 93.3 percent as restrictive measures began to be imposed in several Chinese cities in February. 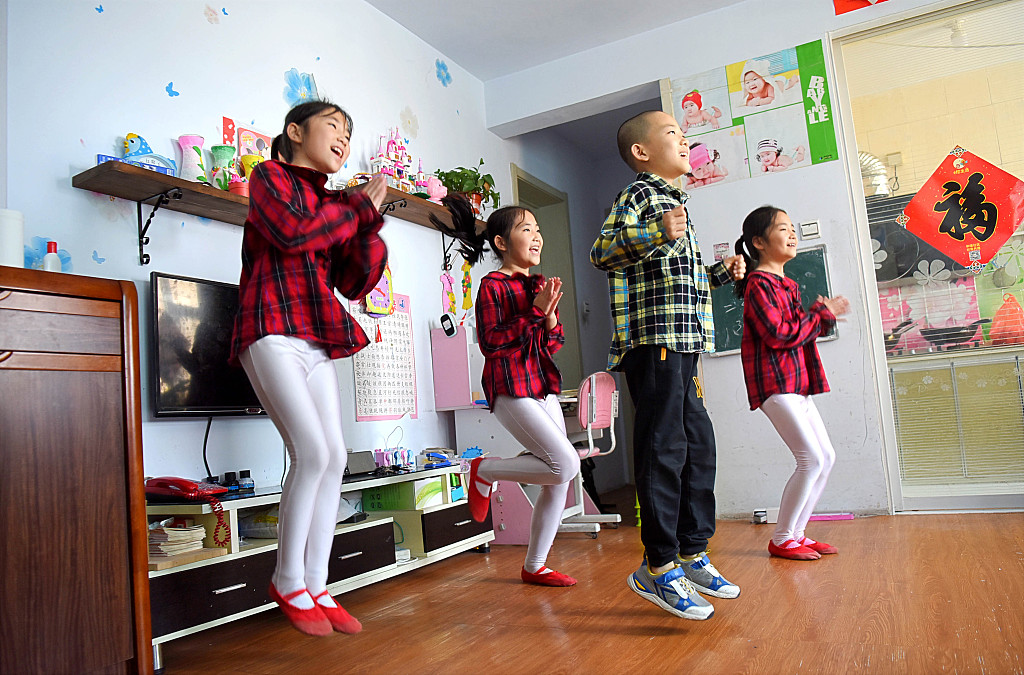 Even when China significantly eased its social distancing rules this summer and gyms across the country were allowed to reopen with limited capacity, the buzz in the world of home exercise shows no signs of abating. The latest data shows that sales of fitness equipment in Taobao, JD.com and other major Chinese e-commerce platforms are still looking strong.

On the part of government, offerings are even more intriguing. An avalanche of free online classes, wellness programs and workout games were rolled out nationwide during the past few months. Dance battles on balconies charmed hundreds of local residents and rubberneckers in Harbin, capital of northeast China's Heilongjiang Province, while Hubei, the central Chinese province that had been worst-hit by the coronavirus, witnessed a series of virtual runs and health challenges that riveted public attention.

In an effort to further raise awareness of the benefits of an active lifestyles, a national publicity campaign on fitness was propped up by a broad spectrum of celebrities who aided to spread the message that people of all ages and backgrounds can do workouts to improve their physical fitness, mental well-being and the quality of their lives. 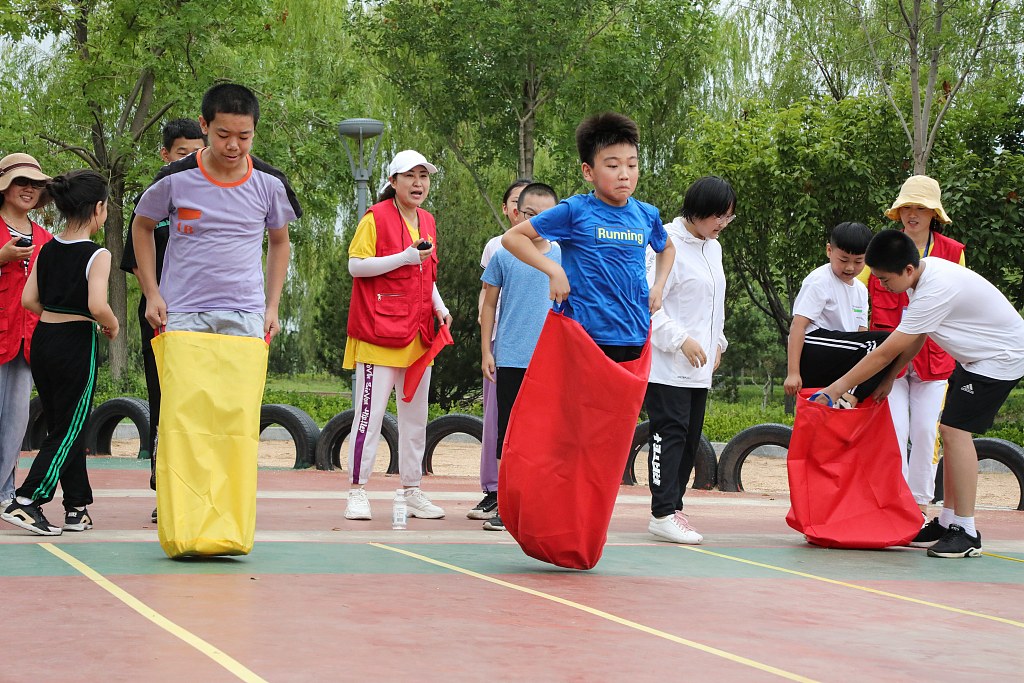 With the Chinese authority behind many of the initiatives that subsequently swept the nation, there appears to be a wide-ranging embrace of fitness as something everybody should be engaging in.

It's worth noting that it wasn't always like this. A low physical activity level and a sedentary lifestyle have plagued Chinese for years. Concerns about fitness came to a head in 2000s with publications of a handful of international studies that found the growth rate of overweight and obese children in China has gone through the roof.

A pressing problem was identified and a national response was initiated through the resources of the government. In 2008, August 8 was designated the National Fitness Day and multiple task forces were being deployed to improve the physical condition and health level of the whole nation. 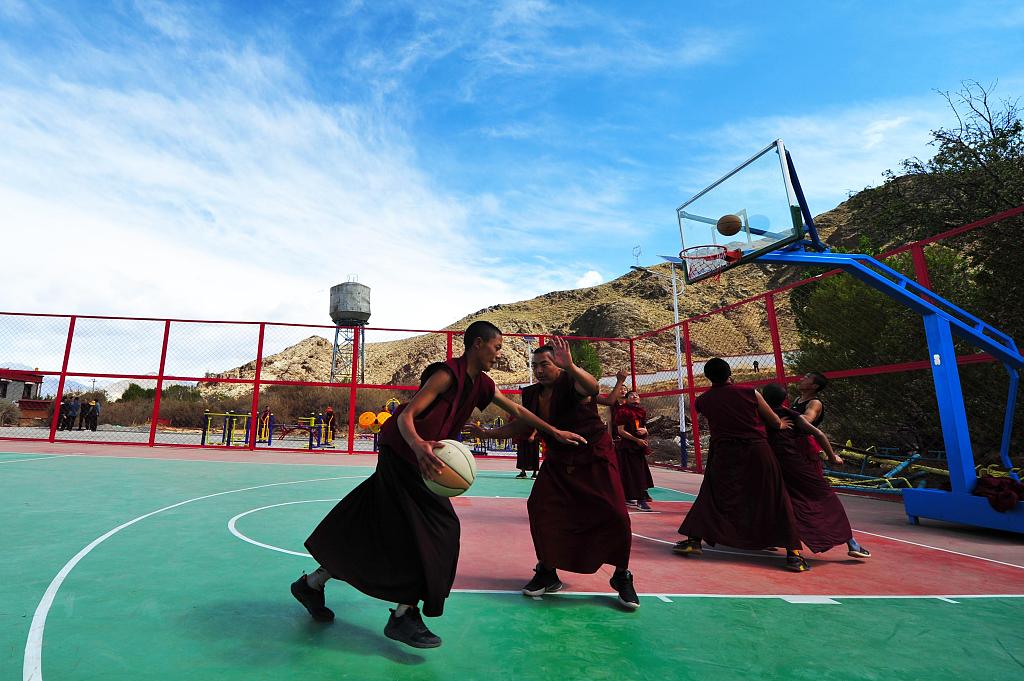 The icing on the cake was a five-year National Fitness Program that China's State Council approved with much fanfare in 2016, aiming to foster a wholesome way of life that incorporate less unhealthy practices and more regular physical exercise and sports activities.

The program brought the construction of public sports facilities to the fore and made a point of building small and medium-sized sports venues, county-level stadiums, national fitness clubs, community-level multifunctional sports grounds and other leisure centers that offer easy access to all residents.

By 2020, the final year of that ambitious program, all major goals were met ahead of schedule: over 3.17 million sports grounds have been earmarked for personal use in China, representing an increase of about 87 per cent compared to the end of 2013. The total area of the sports grounds has swelled by more than 30 per cent, with the number of grounds per 10,000 people soaring by more than 82 per cent. 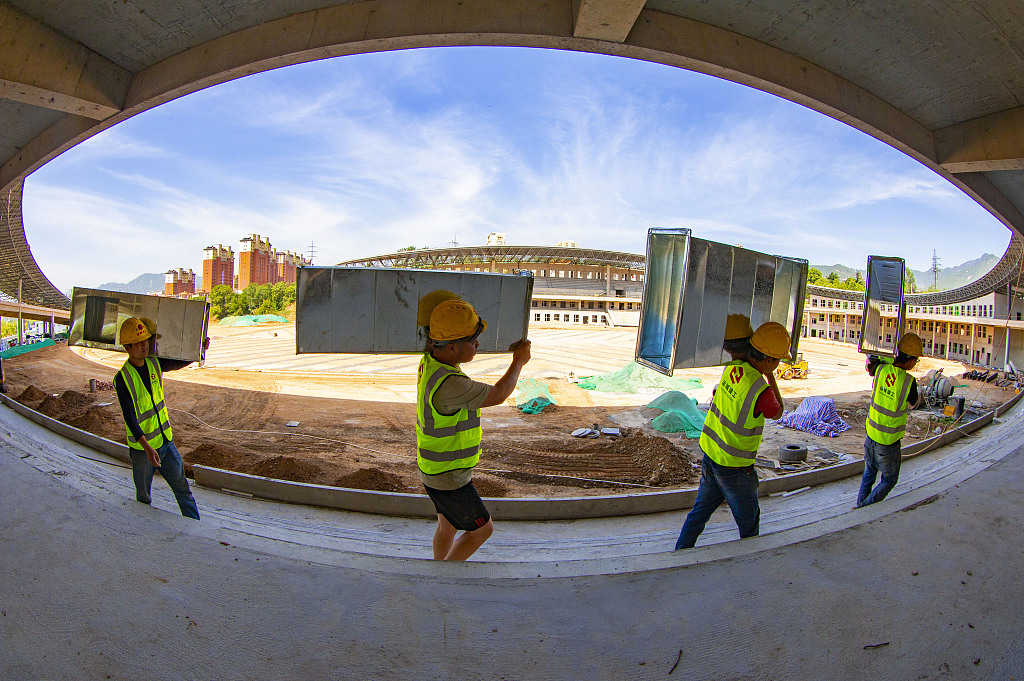 Though the program has generated a distinguishable improvement in fitness nationwide and a momentous shift in public attitudes, some are still making little headway with their workout plans, citing busy schedules or the hassle of trekking to gyms and fields.

From this perspective, the ongoing coronavirus pandemic has led to unintended consequences as idle homebodies are now offered daily reminders of the importance of keeping fit in a manner that was not seen before.

"I have to take care of myself at a time of great stress. And I really enjoy the feeling of completing workouts from the comfort of my home," observed Liang, dripping in sweat after a tense rope skipping routine. "I might never step into a brick-and-mortar gym again even when things go back to normal."

In a world that is facing unparalleled uncertainty, there's still a long way to go. But policymakers and influencers are making great strides in building a healthier China, and the current crisis have accelerated a transformation that was already happening.