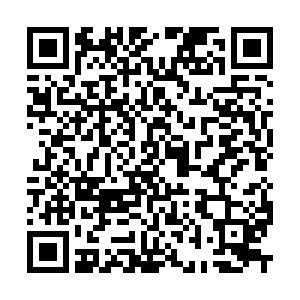 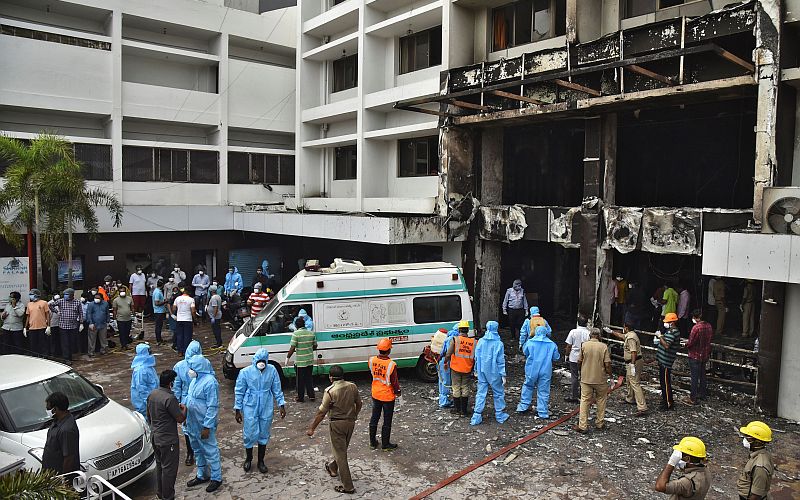 Rescue workers look for survivors at a hotel used as a COVID-19 facility in Andhra Pradesh, India, August 9, 2020. /Reuters

Rescue workers look for survivors at a hotel used as a COVID-19 facility in Andhra Pradesh, India, August 9, 2020. /Reuters

At least seven people died after a massive fire broke out at a hotel that was being used as a COVID-19 facility in India's southern Andhra Pradesh state early on Sunday, police said. This is the second COVID-19 hospital in India to be hit by a fire in less than a week.

Local media reported that the fire was caused by an electrical short circuit, but there is no official confirmation about the claim. At the time, about 30 COVID-19 patients were being treated at the facility. And about 10 medical staff were assisting when the fire broke out.

Officials say most of the deaths were caused by smoke inhalation, as they already had respiratory problems due to COVID-19 and the thick smoke further aggravated their conditions. Many patients were heard screaming for help from the windows of hotel rooms.

Local police say about 30 people have been rescued and the fire was brought under control within 25 minutes. With staircases engulfed in flames and no external fire exits in the building, patients were brought out using ladders.

"Centre assures all possible support to the state government. My condolences are with the affected families in this time of grief. Praying for the speedy recovery of those injured," he wrote.

Early on Thursday, eight COVID-19 patients died in a fire that broke out in the intensive care ward of a private hospital in India's western city of Ahmedabad.