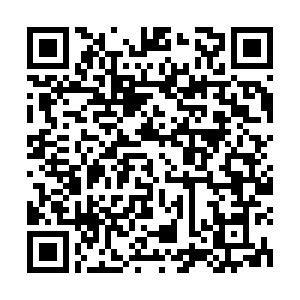 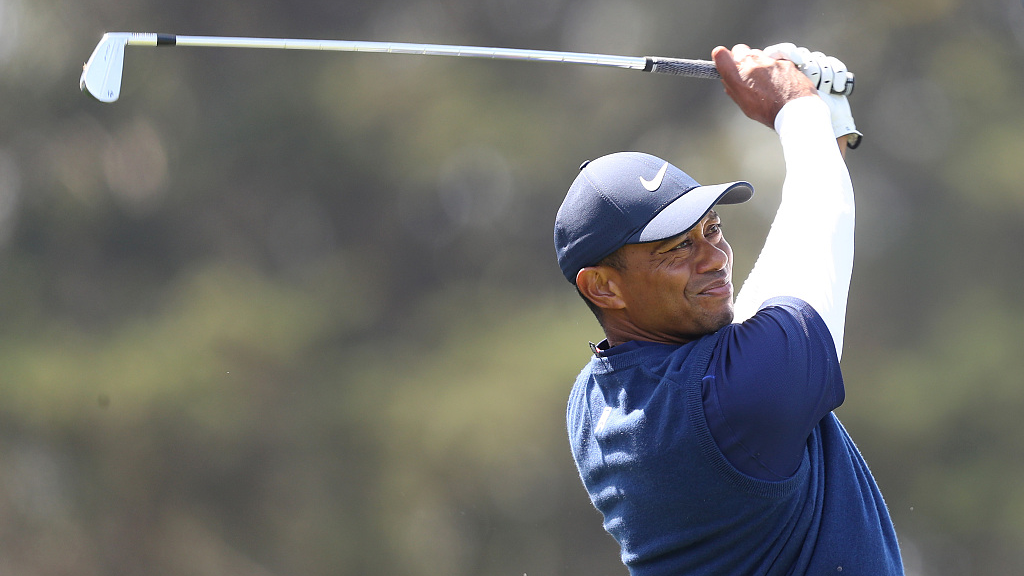 Tiger Woods entered the third round of the PGA Championship on Saturday knowing he needed something special to get himself into contention but instead misfired off the tee, struggled on the greens early and failed to generate any momentum.

Woods, who made the cut with a shot to spare, could not find much of a spark on the fast greens at TPC Harding Park where he mixed four bogeys with a pair of late birdies for a two-over-par 72 that left him at two over on the week. 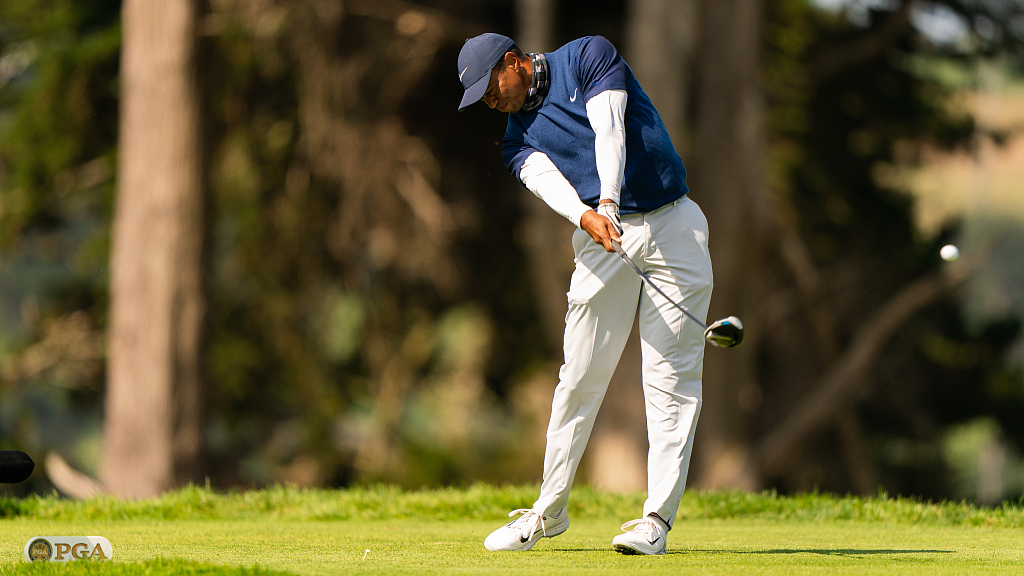 Tiger Woods hits his tee shot on the fourth hole during the second round of the 2020 PGA Championship at TPC Harding Park in San Francisco, California, August 8, 2020. /VCG

Tiger Woods hits his tee shot on the fourth hole during the second round of the 2020 PGA Championship at TPC Harding Park in San Francisco, California, August 8, 2020. /VCG

The 44-year-old Woods swapped his usual putter with a longer one this week to help alleviate pressure on his surgically repaired back but said his putting woes have nothing to do with the equipment and were all about misreading the greens.

For a while it looked like Woods, who only hit four fairways and 12 greens in regulation, was about to card his first round at a major championship without a birdie since the opening days of the 2010 U.S. Open.

But the 15-times major champion, playing in only his second tournament since mid-February, rolled in a 14-foot birdie putt at 16 and added another at 18 where he struck his approach shot to five feet to make his score a bit more respectable.

"Happy the way I finished. I made some putts on the last five holes, but that's about it," added Woods. "It was just a fight all day, and unfortunately (I) just didn't get anything going."

(Cover image: Tiger Woods of the United States plays a shot from the eighth tee during the third round of the 2020 PGA Championship at TPC Harding Park in San Francisco, California, August 8, 2020. /VCG)