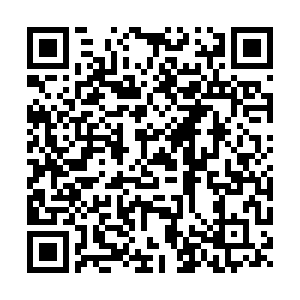 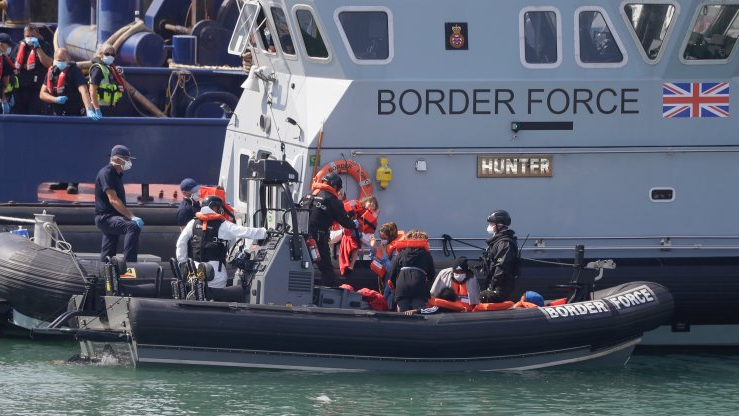 A Border Force vessel brings a group of people thought to be migrants into the port city of Dover, England, from small boats on August 8, 2020. /AP

A Border Force vessel brings a group of people thought to be migrants into the port city of Dover, England, from small boats on August 8, 2020. /AP

Britain's armed forces have been asked to help deal with boats carrying migrants across the Channel from France, the Defense Ministry said on Saturday after a spate of arrivals on the southern English coast.

Taking advantage of a spell of hot weather and calm sea conditions, hundreds of people including children and pregnant women have made the dangerous 33-km crossing in recent days, many in overloaded rubber dinghies and other small vessels.

The Defense Ministry said it had received a formal request from the Home Office, or interior ministry, to assist the UK Border Force with its operations in the Dover Straits.

"We are assessing the requirements ... and are working hard to identify how we can most effectively assist," the Defense Ministry said in a statement.

More than 200 people arrived on the English coast on Thursday, followed by some 130 on Friday, and media reported more arrivals on Saturday as the hot weather persisted.

A junior Home Office minister in charge of immigration compliance, Chris Philp, called the rise in arrivals "shameful" and sought to put pressure on France ahead of a meeting with his French counterpart in Paris next week.

"The French need to stop these illegal migrants from getting in the water in the first place," he said in an opinion column published in Saturday's Daily Telegraph newspaper, adding that Britain would seek to return to France those who made it across. 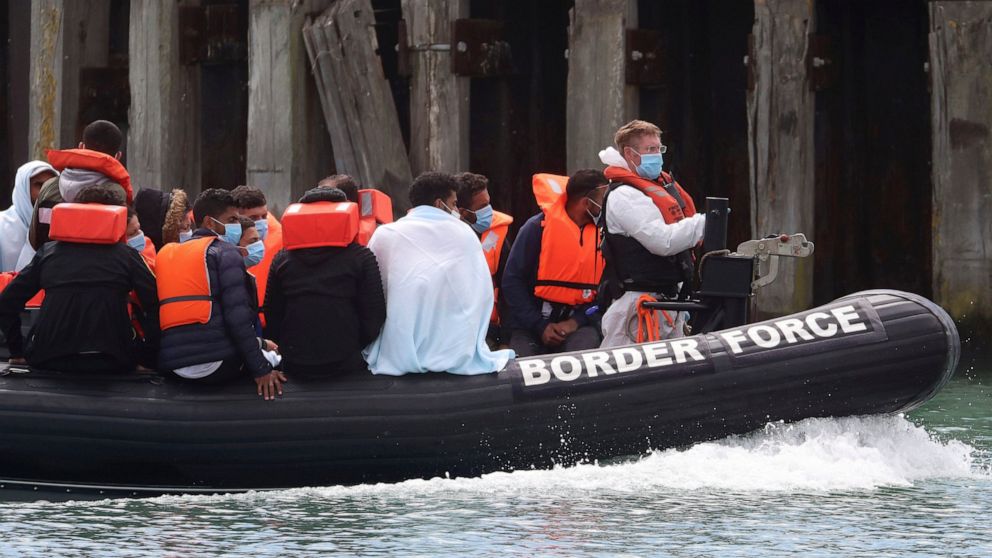 France's interior ministry said surveillance teams on the northern coast were intercepting migrants daily and it had mobilized extra resources. It said five times as many migrant boats had been caught between January and July compared with the same period in 2019.

"This is a joint problem ... which needs a joint operational response," a spokesman said.

The Sunday Telegraph newspaper reported that France will ask Britain to pay 30 million pounds (39.12 million U.S. dollars) to police the English Channel and that the UK has not yet made a decision on whether it should accept that demand.

Immigration has been an especially polarizing issue in Britain since the Brexit referendum in 2016 because "taking back control" of immigration and border policy was presented as one of the key advantages by pro-Brexit campaigners.

Home Secretary Priti Patel, an enthusiastic Brexiteer, made the link in a tweet on Friday about the Channel crossings: "I know that when the British people say they want to take back control of our borders, this is exactly what they mean."

Critics such as groups campaigning for the rights of immigrants and refugees accuse the government of stoking some voters' xenophobic fears by magnifying the issue.

"Britain is better than this. The arrival of small numbers of people by boat is not a crisis," said Stephen Hale, chief executive of Refugee Action, urging the government to focus on the coronavirus pandemic and resulting economic crisis.

The numbers crossing the Channel are tiny compared with the flows of people who try and reach EU countries such as Malta, Greece, Italy and Spain every year by crossing the Mediterranean from north Africa or Turkey, thousands of them dying on the way.