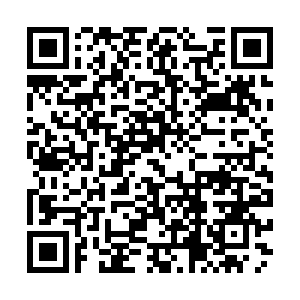 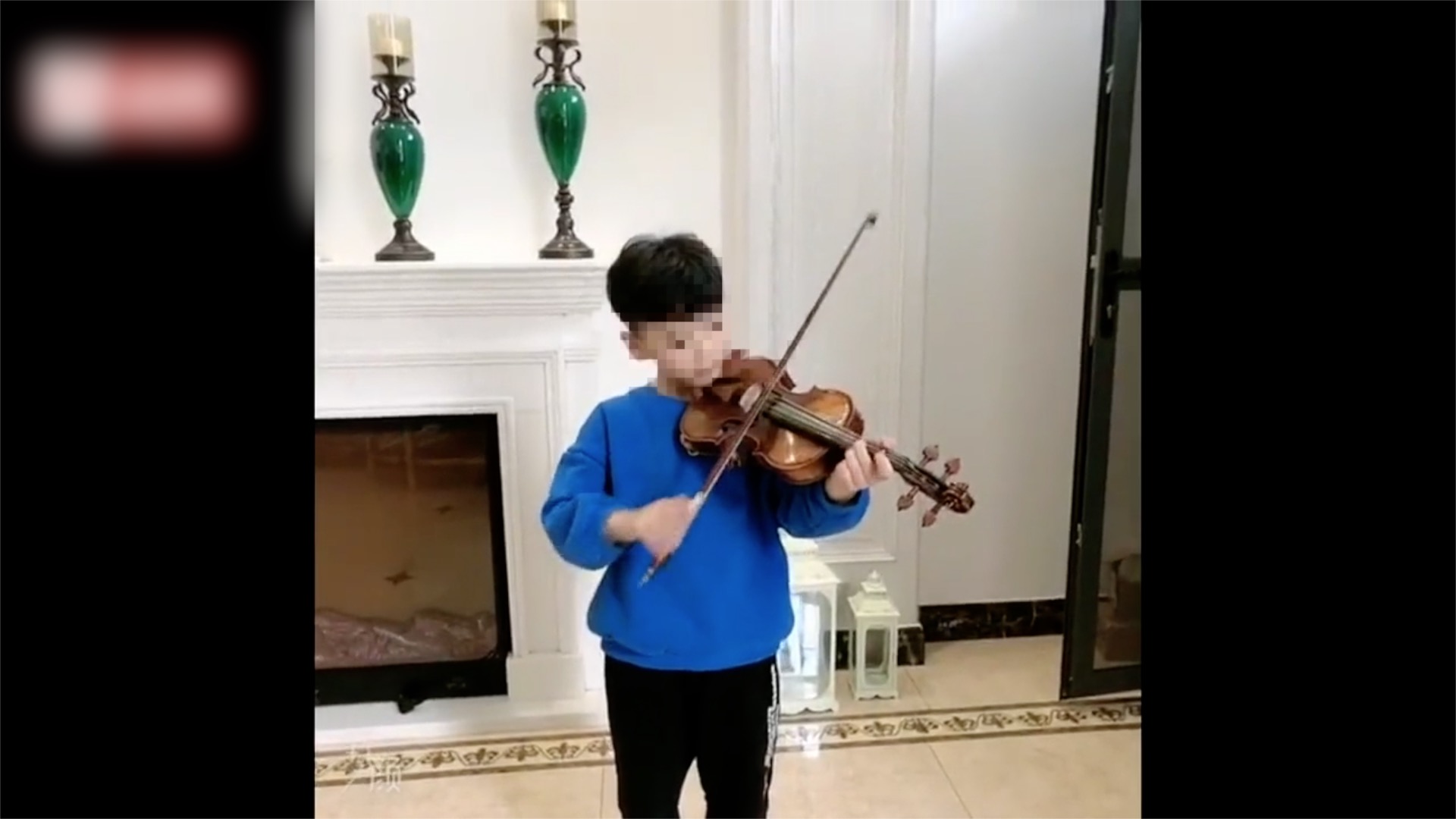 Holding back his tears, the little boy's dad spoke to his son, "You're a really strong and brave boy. You like to help others. Your next mission is to help more people. Do you know that?"

The grief-stricken couple then burst into tears.

The seven-year-old boy, She Dongzhen, was in a car accident last Wednesday, and after more than 30 hours trying to save him, the hospital issued a critical notice to his parents declaring brain death on Friday. In many jurisdictions worldwide, brain death is used as an indicator of legal death, which means the boy can't be saved any more. 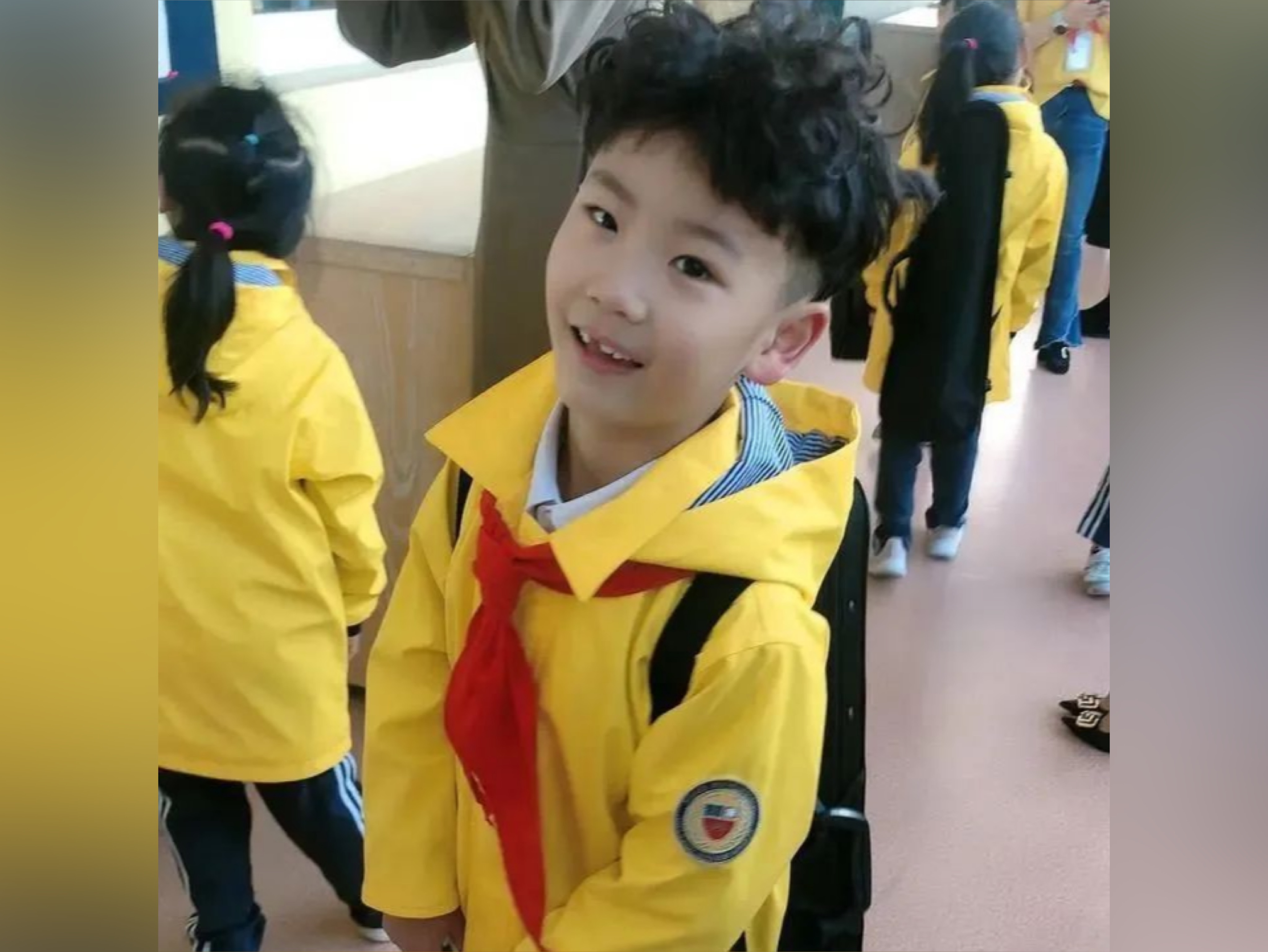 File photo of She Dongzhen, provided by his mother Weng Lulu.

File photo of She Dongzhen, provided by his mother Weng Lulu.

After hearing the grievous news, She Zhoujiang, the boy's father and Weng Lulu, the boy's mother, decided to donate their son's organs. For them, it is not only a way to help others, but also a way their son can live on through others. In most countries, if a child dies before age 18, the parent or legal guardian has the right to decide whether to donate their organs.

Weng told reporters her boy loved to help others and dreamed of becoming a doctor one day to save others' lives, so donating his organs will make his dream partly come true, as his organs would save other people's lives.

"My boy was a loving man. He often helped younger children in school and participated in benevolent activities. He was preparing to perform the violin on the street to collect money for students living in poverty," Weng said with tears in her eyes, adding her son's eighth birthday is in a month's time. He would have entered a new class in primary school and made more friends there, but these all became impossible, she reflected.

Witnessed by the organ donation coordinator of the Red Cross Society of Zhejiang Province, the couple signed a letter of intent, donating their son's heart, kidneys, liver and corneas, which according to the coordinator, will give six children a new lease of life.

"We have lost our child, and we don't want others to suffer the same pain," the boy's dad told reporters. 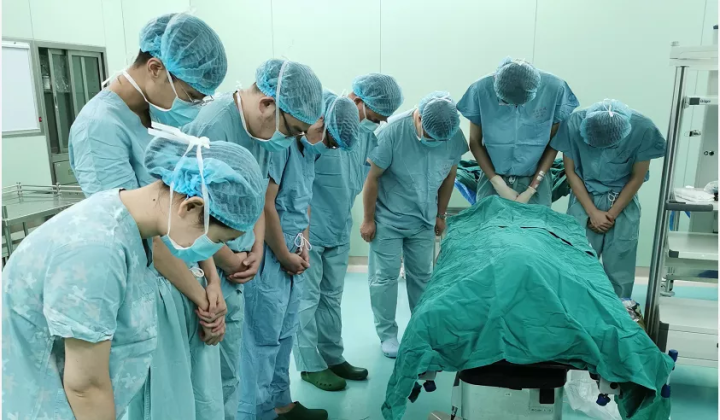 Doctors and nurses pay tribute to seven-year-old She Dongzhen after the organ harvest surgery. /Weng Lulu

Doctors and nurses pay tribute to seven-year-old She Dongzhen after the organ harvest surgery. /Weng Lulu

In China, keeping the body intact when people die has long been a custom for many who look for a death with dignity. Because of this, the number of voluntary organ donors has been small, and many patients with organ failure died without a lifesaving organ. However, the situation has changed.

In recent years, the number of voluntary annual organ donors has increased tenfold annually. According to the China Organ Donation Administrative Center, 169,860 volunteers had registered to donate their bodies or organs by the end of 2016, which increased a hundredfold compared with 2010.

The number of registered organ donors currently stands at 2,245,777, representing an increase of more than two million in less than four years. It means more than 1,600 people sign up to be voluntary organ donors daily.

The increase is a result of endless efforts made to normalize organ donation. The Chinese government issued the Regulations on Human Organ Transplantation in 2007, paving the way for legal organ donation and transplantation. It also stopped the controversial organ harvesting from death row inmates in 2015. During the following three years, the central government successively published several other laws to regulate the industry and encourage citizens to donate their organs after death.

At the same time, Chinese celebrities like Yao Beina, Yi Nengjing and Zeng Zhiwei have publicly expressed that they have registered as organ donors, inspiring more people to register. 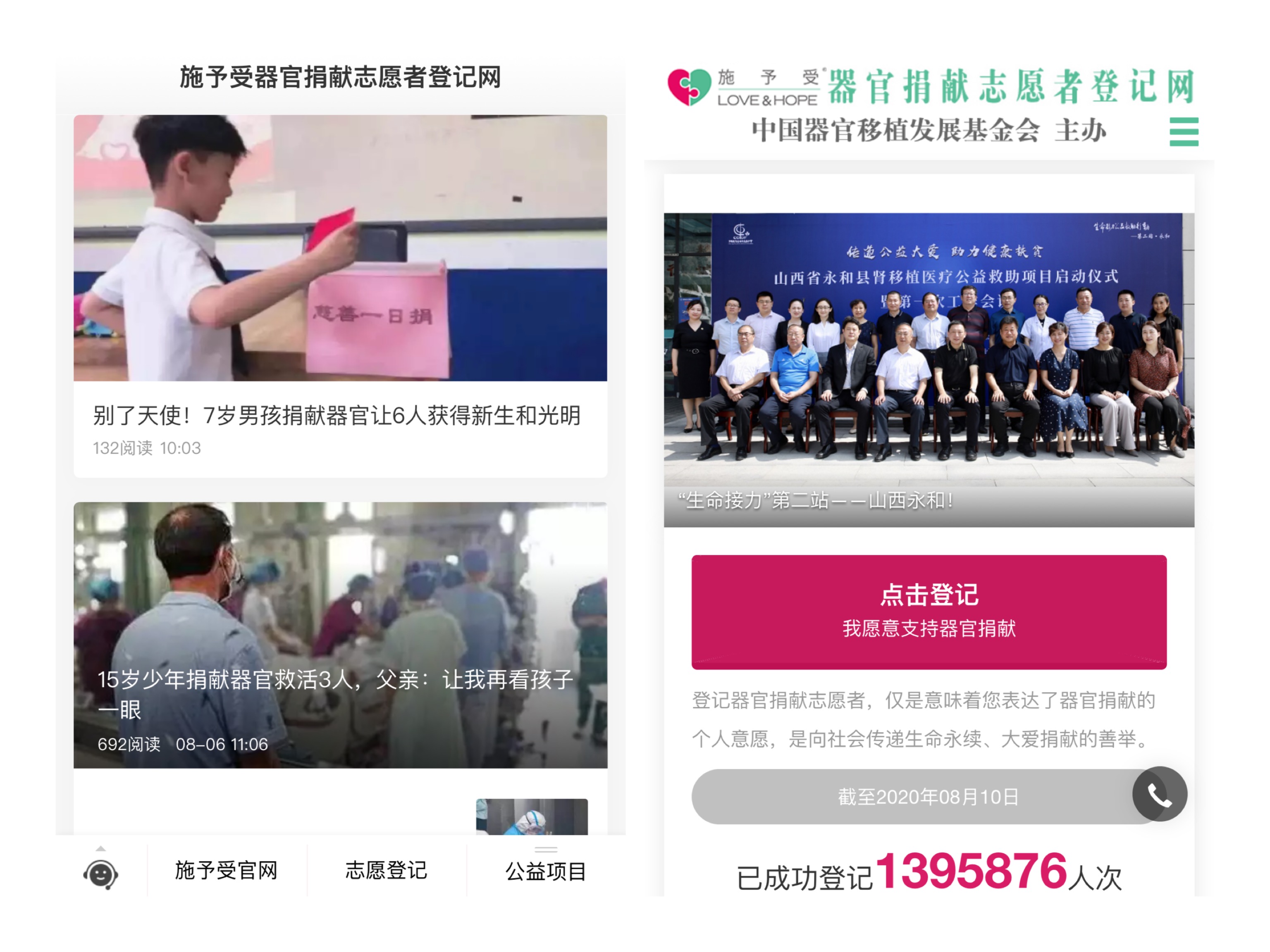 A stitched photo of two screenshots from China's Alipay app shows that more than 1,395,876 people have registered as organ donors through the platform.

A stitched photo of two screenshots from China's Alipay app shows that more than 1,395,876 people have registered as organ donors through the platform.

Online registration also helps a lot by streamlining the process of registering to become an organ donor. Taking Alipay, an online payment platform of Alibaba, as an example, since it launched its organ donation program in 2016, nearly 1.4 million Chinese users have registered as organ donors through the platform as of today. Government platforms have also simplified their registration process.

Though the annual donation rate per million people (PMP) in China has increased sharply, it's still low, considering China's huge population. It's estimated that about 300,000 people need an organ transplant, while only some 10,000 organ transplants take place every year, which means organs are still in severe shortage.

Wang Haibo, deputy secretary-general of the China Organ Transplantation Development Foundation, told reporters that the first thing to improve the rate of organ donation is to clarify the concept of organ donation to the public because many believe once they register as an organ donor, they have to donate after they die. He said this is wrong, as only one out of 100 people who die is likely to meet the medical requirements for organ transplantation.

Compared with Western developed countries that have established the whole system of organ donation, harvesting, preservation, transportation, distribution and transplantation 30 to 40 years ago, China has just started. So, it's important to improve the fairness and efficiency of the whole system to gain the public's trust, Wang said.