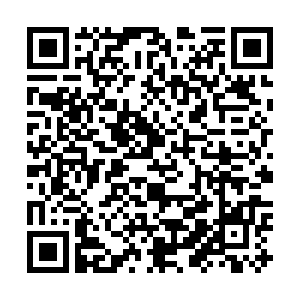 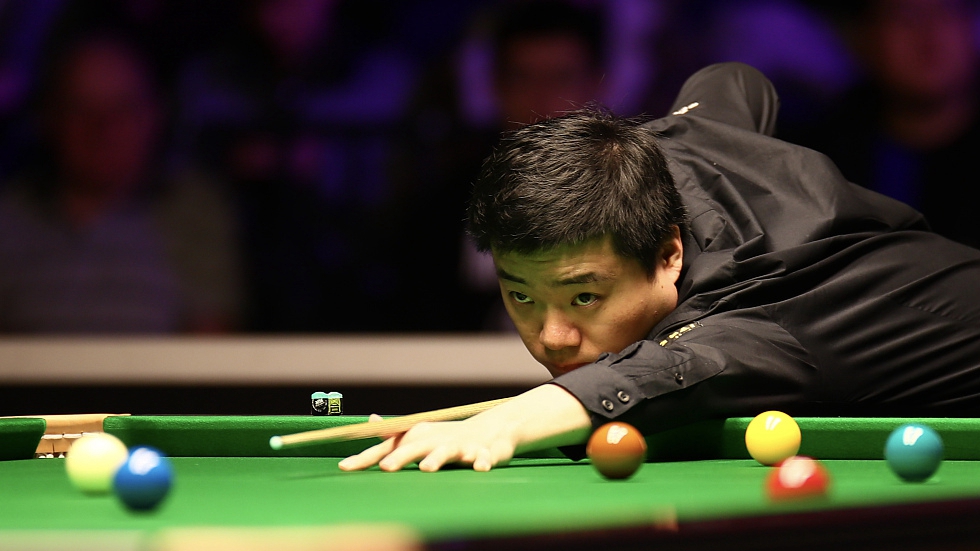 Chinese snooker sensation Ding Junhui's attempt to break the world championship title duck was ruthlessly crushed by five-time winner Ronnie O'Sullivan, who stormed into the last eight with a stylish 13-10 victory in Sheffield on Sunday.

The 33-year-old Ding, who emerged triumphant in 14 ranking events, has never tasted glory at the Crucible and he was optimistic about his prospects at this year's showpiece event. His action did match his words as the Chinese and O'Sullivan were impressively neck and neck up until the final session.

However, "The Rocket" demonstrated exceptional quality in the latter stage of the encounter, with breaks of 50-plus in each of the night's seven frames and equaled Stephen Hendry's record of 19 Crucible quarterfinals.

Next up for O'Sullivan is three-time champion Mark Williams, another much-anticipated battle between two snooker greats, and the hot-tempered legend didn't hold back when asked about the surprise of the two veterans reaching the quarters.

"People like me, John Higgins and Mark Williams, if you look at the younger players coming through, they are not that good really. Most of them would do well as half-decent amateurs, not even amateurs. They are so bad," O'Sullivan fumed. 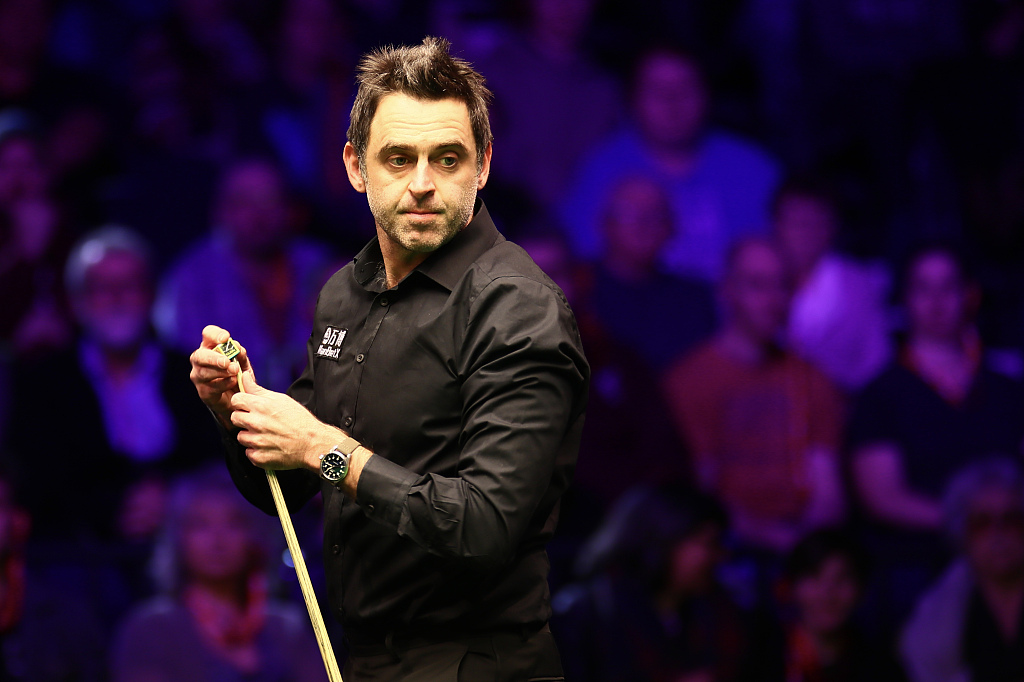 Ronnie O'Sullivan says that the young players in snooker aren't good enough to be amateurs. /VCG

Ronnie O'Sullivan says that the young players in snooker aren't good enough to be amateurs. /VCG

"A lot of them you see now, you look at them and think, 'I would have to lose an arm and a leg to fall out of the top 50.' That is why we are still hovering around, because of how poor it is down that end," he added.

O'Sullivan also expressed his frustration about playing in front of an empty auditorium during the coronavirus pandemic.

"It is better with the fans, of course it is. It is like playing in a morgue out there. It feels like a village at the moment, the players are much more relaxed, for the top players it can be a nightmare," he observed.

"I am just glad I found a way to try and compete with my mind out there. For a while I have been going out and slapping the ball about having fun, not caring if I won or lost. Deep down I do care but treat it like a bit of fun."

Earlier in the day, former world champion Neil Robertson edged out Barry Hawkins 13-9 and will take on three-time winner Selby, while Kyren Wilson will meet defending champion Judd Trump in the last eight after sweeping aside compatriot Martin Gould 13-9.