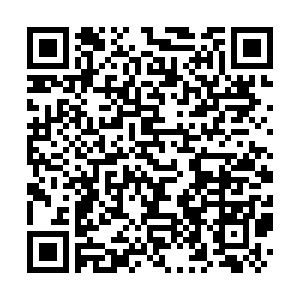 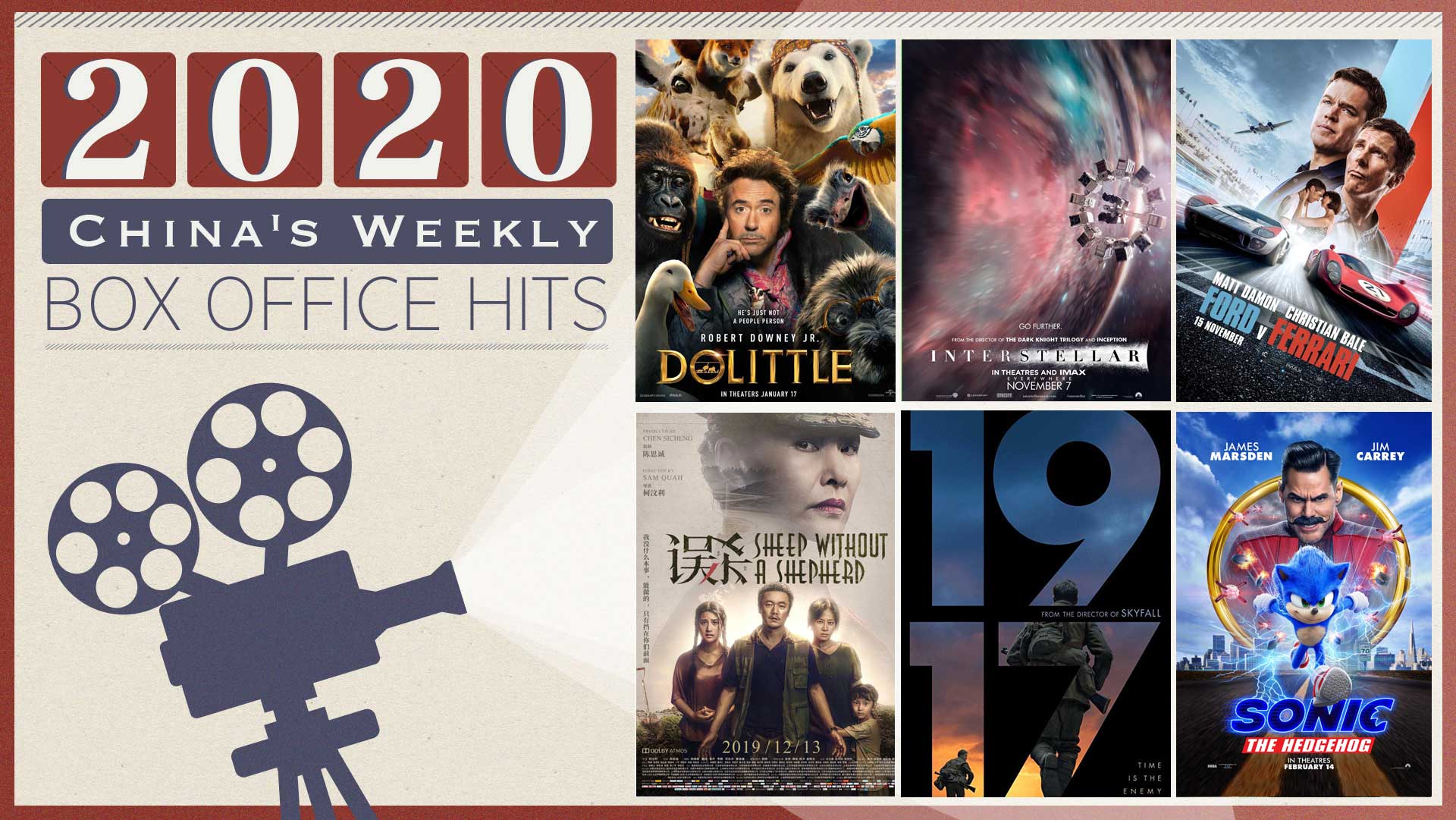 Screenings of old films were a much welcome treat for Chinese moviegoers after theaters re-opened in the country last month, but the audience is growing increasingly hungry for new titles. A slew of much-delayed, soon-to-be-released productions are expected to guarantee happy spectators and a healthy box office.

Last week, eight out of the top 10 box office performers were new titles with British war film "1917" ranking second after raking in 37 million yuan (5.3 million U.S dollars) in the first three days of its August 7 release.

The movie tells the story of the urgent mission of two British soldiers to save over a thousand lives during World War I. Last year, it nabbed seven titles at the British Academy Film Awards, including for Best Film and Best Director, and stood out at the Golden Globe Awards and Academy Awards. 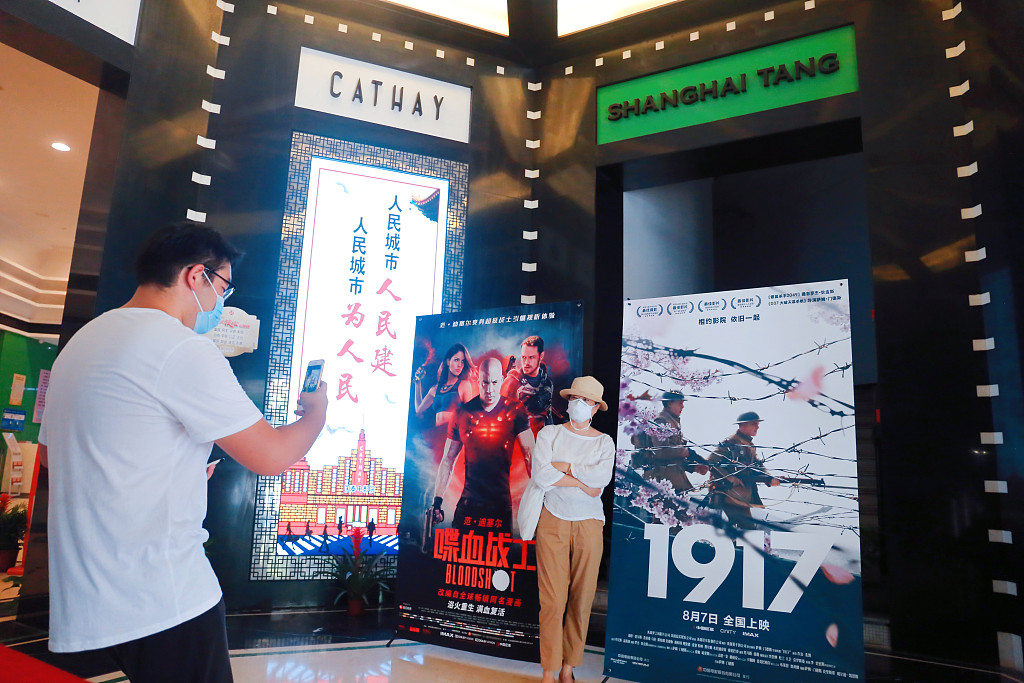 A moviegoer poses for a photo next to film posters at a cinema in Shanghai, August 7, 2020. /CFP

A moviegoer poses for a photo next to film posters at a cinema in Shanghai, August 7, 2020. /CFP

Another breakout success in Chinese theaters is the fantasy adventure "Dolittle," starring Robert Downey Jr. Adapted from a popular children's novel, the film amassed around 100 million yuan by August 7, two weeks after it premiered.

These films, expected much earlier this year, were shelved for a few months because of the coronavirus outbreak. Cinemas nationwide were only given the go-ahead to open their doors again on July 20.

But with strict prevention measures in place, including staggered seating, reduced operating capacity of theaters and a blanket ban on food and beverages, there were fears that films could not recoup their cost because of limited attendance. Dozens of older films, which have proven a hit in recent years, were deployed to warm up the audience to the incomplete movie theater experience. 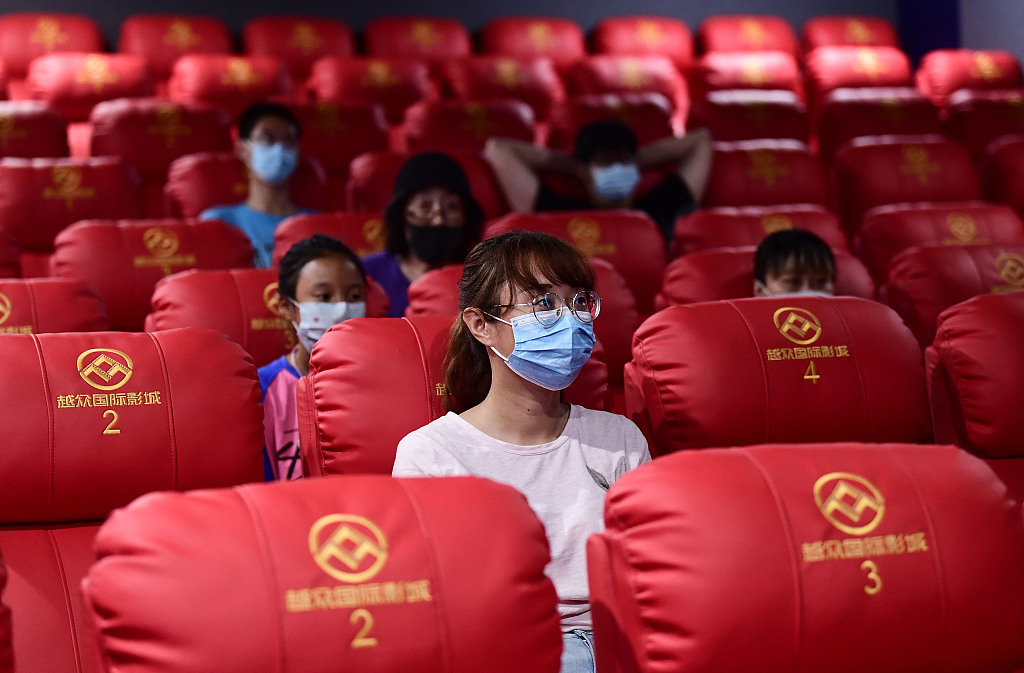 Moviegoers sit away from one another at a cinema in Shenyang, northeast China's Liaoning Province, August 5, 2020. /CFP

Moviegoers sit away from one another at a cinema in Shenyang, northeast China's Liaoning Province, August 5, 2020. /CFP

Among them is 2014's sci-fi film "Interstellar" by Christopher Nolan, which was met with astronomical success in Chinese theaters. It attracted more than two million moviegoers last week, amassing 62 million yuan in the seven-day period and beating all other productions on show in cinemas across the country.

Last year's Chinese thriller "Sheep Without a Shepherd" maintained its good performance since it was re-screened on July 20, earning 88 million yuan since and placing fourth on last week's list.

According to data from Maoyan, a domestic online movie ticketing service, a total of 7,159 cinemas had resumed operations by August 1, accounting for 63 percent of the country's total. The single-day national box office exceeded 50 million yuan on August 2 for the first time since the reopening. 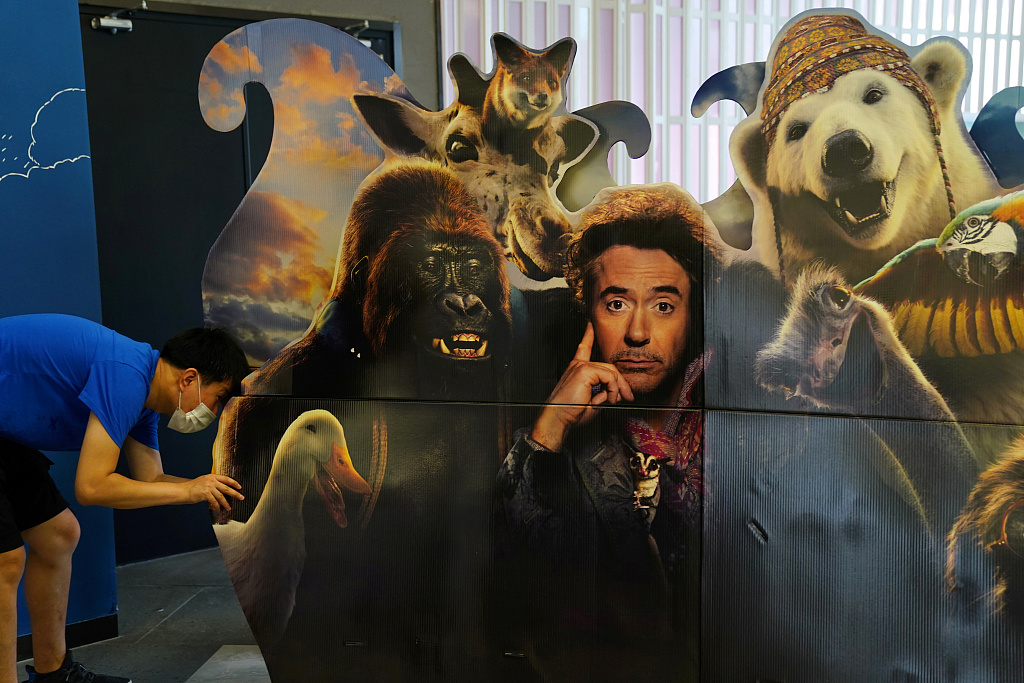 A staff member prepares for the reopening of a cinema in Beijing, July 28, 2020. /CFP

A staff member prepares for the reopening of a cinema in Beijing, July 28, 2020. /CFP

With a collection of big-ticket films soon hitting theaters nationwide, the box office is expected to make noticeable gains.

News of re-screening "Harry Potter and the Philosopher's Stone" has already made a splash, with over 100,000 people saying they'd go watch it in movies, according to a survey by Maoyan. Cinemas across the country will play a 4K remastered version of the 2001 blockbuster starting Friday. 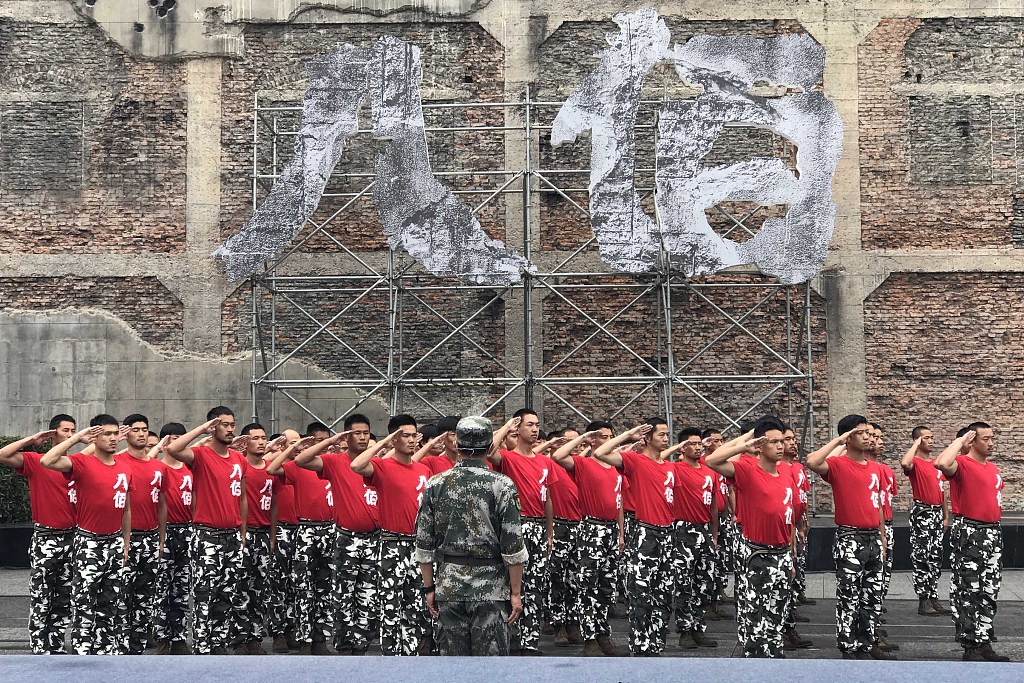 Performers put on a show during a 2017 press conference of "The Eight Hundred" in Shanghai. /CFP

Performers put on a show during a 2017 press conference of "The Eight Hundred" in Shanghai. /CFP

Next week will see the release of the star-studded big-budget domestic production "The Eight Hundred," about Chinese soldiers defending a warehouse against Japanese invaders during the Battle of Shanghai in 1937.

"Although the market is gradually growing, it is undeniable that the audience's appetite has not been fully whetted. The market's full recovery needs an opportunity to explode, which could be a real major production," said film critic Lie Wen. "'The Eight Hundred' may just be that."

"We can see people's confidence in stepping into the cinemas is gradually recovering. We're confident that the box office can return to two-thirds the level it recorded the same period last year," said Li Jie, president of Alibaba Pictures.