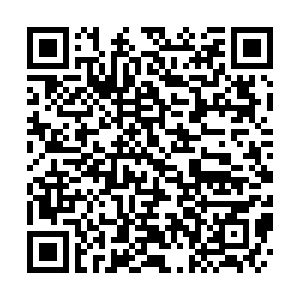 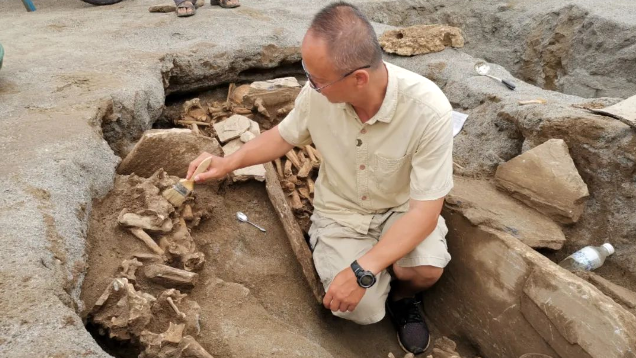 A sarcophagus and tombs from the Warring States period (770 B.C. - 221 B.C.) were found during the construction of the stadium at Daju school in Lijiang City, Yunnan Province, according to local media Yunnan Daily.

School cemeteries may be the setting for some novels, but at this school in Lijiang, it's a true story. The Institute for Protection of Cultural Relics of Yulong County got a phone call from local villagers regarding the sarcophagus and tomb in June, and immediately conducted a field survey at the school's stadium.

After getting approval from the National Cultural Heritage Administration (NCHA), the local protection institution started their systematic protection work. 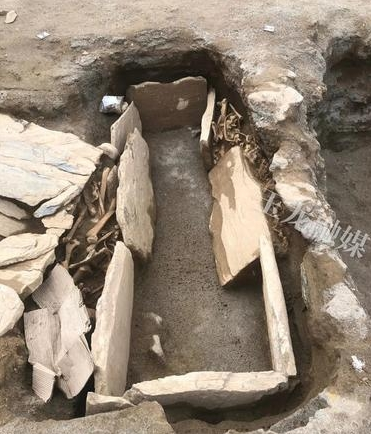 The tomb was found at the stadium of Daju school in Lijiang City, Yunnan Province. /Screenshot of Yunnan Daily

The tomb was found at the stadium of Daju school in Lijiang City, Yunnan Province. /Screenshot of Yunnan Daily

"Because group of tombs is located in sandy surroundings, the soil fluid performance is good, so the bones of bodies in the coffin are relatively well preserved," said Min Rui, the leader of this archaeological excavation, also a researcher of Yunnan Institute of Cultural Relics and Archaeology.

The way that bodies were buried on different layers in one tomb is a new discovery: There are one or two burials per layer, according to Min Rui's findings. This is the first time that this burial custom has been discovered in Yunnan.

Under the supports of cultural relics departments of Lijiang City and Yulong County, Min Rui's team has been excavated and restored the archaeological site in an orderly manner. Drone photography, 3D modeling and other digital technologies were widely used in this archaeological work.