Reporter's diary: How can we protect cultural relics in flood season?
By Wang Xiaonan 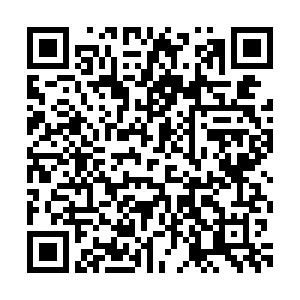 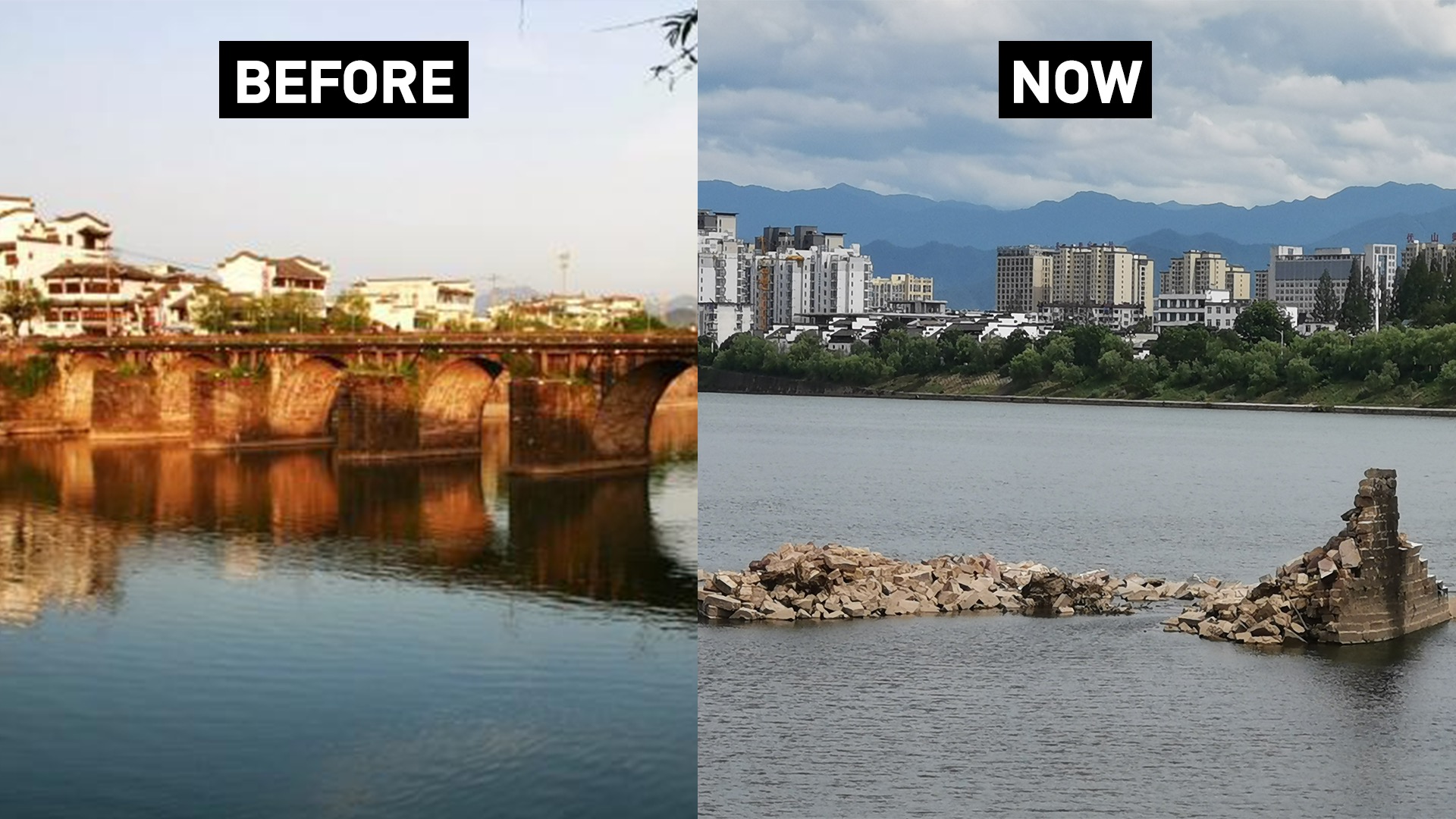 "It's a collapse of memory," a local taxi driver said as he drove us through the downtown of east China's Huangshan City. He was referring to an iconic old bridge that was swallowed up by a flood early last month.

The centuries-old stone bridge, called Zhenhai Bridge – which means "pacifying the ocean" – failed to pacify the roaring waters this summer. We came to cover how the most severe flooding in decades posed a threat to cultural heritage by taking a closer look.

The seven-hole stone bridge, located at the crossroads of three rivers, dates back to 1536 and was renovated twice in 1676 and 1699. It was listed as a state-level protection site for cultural relics in October 2019.

For generations, it's been more of a childhood companion than ancient architecture. "Whenever there's torrential rain, I would run here to take a look at whether the water had overflowed onto the bridge deck," a resident said. "If the water doesn't spill over the deck, it means we would tide over the flood season safe and sound."

For people residing in nearby neighborhoods, it provides a sense of security. "It's a good omen."

Connecting two ancient streets brimming with authentic Hui-style architecture, it's also a must-see destination for tourists at home and abroad. Now, there are only decimated piers.

Apart from pity and grief, the collapse of the bridge has also raised doubts. On social media, netizens keep questioning why the bridge withstood numerous ferocious floods, the most recent one in 1998, but failed this time. How much of a role did human activities play? We reached out to relevant local departments but were only handed a wire copy that was given to all reporters that asked, so we turned to other sources in the hope of finding some clues.

"We are investigating into whether a new concrete bridge built upstream in close distance to Zhenhai Bridge, as that might have changed the direction of the water flow," a local journalist told us. If so, the force from the intense waters could have finally overwhelmed the old bridge. The new bridge – called Liyang Bridge – runs parallel to the old one and connects the two old streets. After the construction finished last year, vehicles were allowed to drive through, and the old bridge started to allow pedestrians only – in a way "to protect this cultural relic," according to the local journalist who's been covering the city's news for a decade.

Another possible factor being questioned by archaeologists is that commercial compounds have been built over the past couple of years in the lower reaches of the Xin'an River, blocking floodgates further down the old bridge.

"Why didn't local authorities pin up the displaced abutments during the previous two dry seasons?" asked Wang Zhenzhong, a geology professor who focuses on the study of Hui-style architecture Fudan University. Reliable sources have confirmed that there was a detailed plan for the old bridge maintenance in 2018, which has since been delayed until today for no explicit reason. 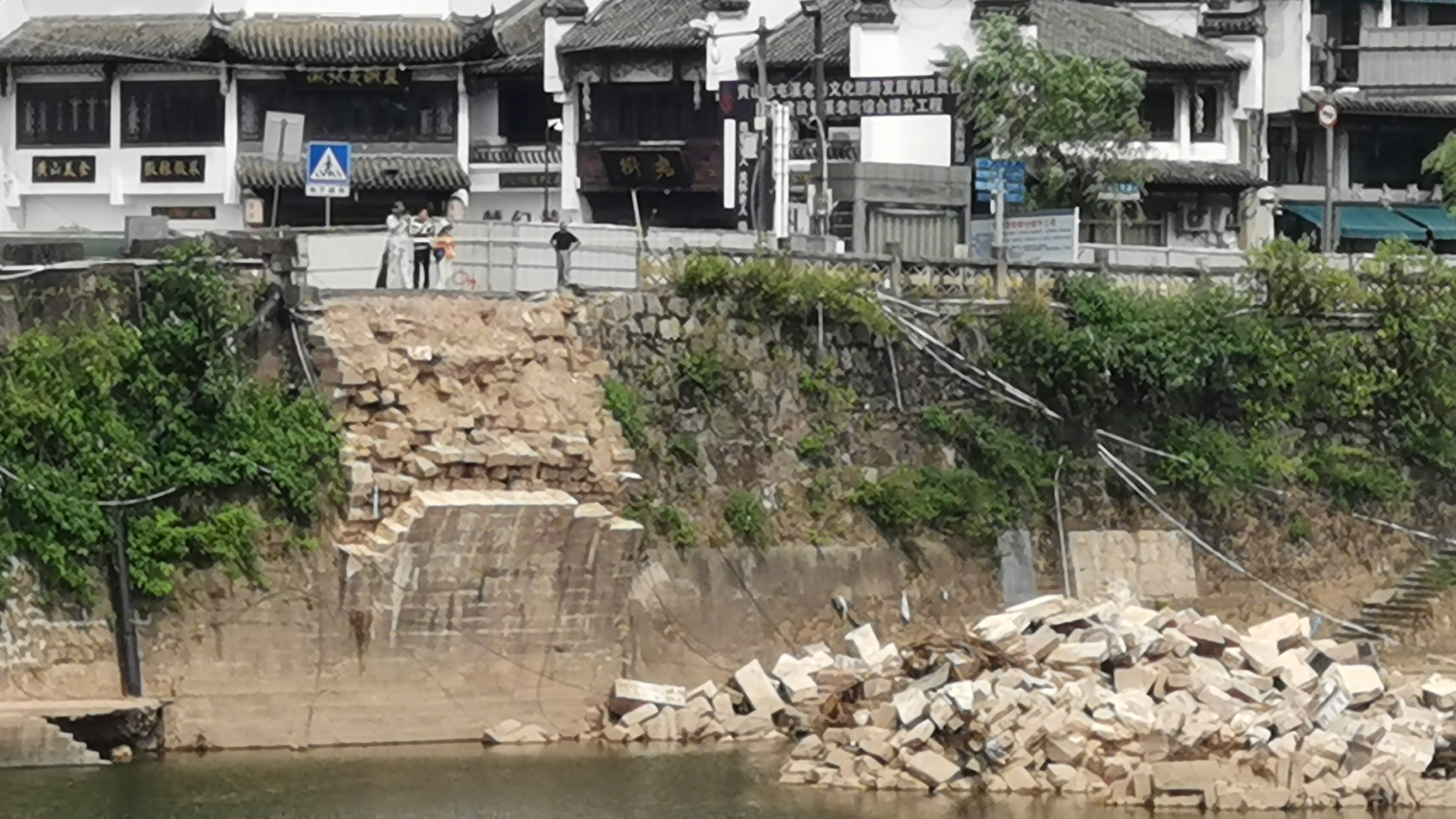 The remains of Zhenhai Bridge that was destroyed by a deluge of floodwater in Huangshan City, east China's Anhui Province, July 7, 2020. Cheng Biao/CGTN

The remains of Zhenhai Bridge that was destroyed by a deluge of floodwater in Huangshan City, east China's Anhui Province, July 7, 2020. Cheng Biao/CGTN

A day before the collapse of Zhenhai Bridge, another old bridge in Anhui, was torn down by the force of raging floodwaters, and the day after, a third one tumbled down in the neighboring Jiangxi Province. They are just three of some 70 ancient bridges damaged this flood season. More than 500 immovable cultural relics, 76 being state-level protection sites, scattered across 11 provinces have been ruined to various extents by the monsoon rains this year, according to the National Cultural Heritage Administration.

It's the worst year for tangible cultural heritage in decades. The administration allocated an emergency fund of 3.5 million yuan to hardest-hit places.

In recent years, China has been devoted to conserving and restoring the remains of the world. Hi-tech approaches, such as laser scanning, 3D modeling, the method of high-density resistivity, are now widely used in relics protection. Crack gauges, drones, infrared cameras and a slew of other gadgets are used to detect potential hazards so that action could be taken in time. Chinese President Xi Jinping urged the protection of cultural heritage and the exploration of their historical values during his visits to relics sites, including Jiayu Pass, an ancient fortress at the west end of the Great Wall last August, and Yungang Grottoes in Shanxi Province this May.

Huangshan's local authorities say they started salvaging the stone pieces and components of the bridge washed downstream on Wednesday, August 12. But archeologists lament that it would be very difficult to put them back into the bridge and restore the cultural relic to its original appearance and value.

We need to delve into what more we could do to protect the cultural legacies from being marred or entirely destroyed by factors other than climate change, which is more of a force majeure.