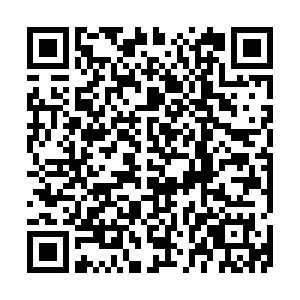 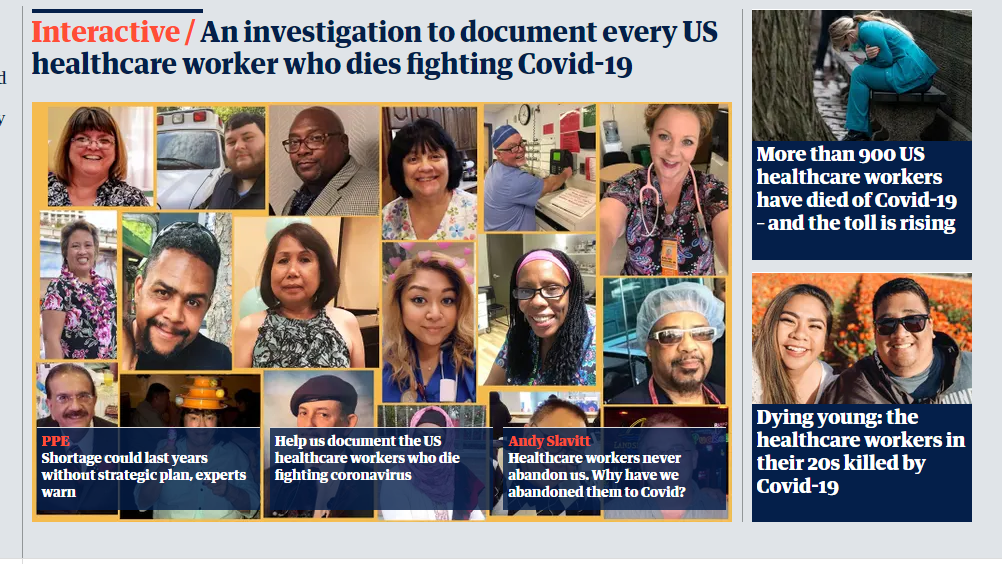 At least 900 frontline health care workers have died of COVID-19 in the United States due to the lack of lifesaving protective gear, according to a new database unveiled by two news outlets on Tuesday.

Those who die during the pandemic include doctors, nurses, paramedics, and hospital support staff like janitors, administrators and nursing home workers, the data shows. A dire shortage of personal protective equipment, namely N-95 masks, gowns and gloves, is one of the major reasons that claimed their lives.

The early tally also suggests the majority of the deaths were among people of color, and many were immigrants.

The database is compiled by a team of more than 50 journalists from the Guardian, Kaiser Health News and journalism schools who have spent months investigating the death cases in order to make certain they died from the coronavirus. Now the country has exceeded 5.1 million infections and recorded over 165,000 deaths – both totals are the highest of any country in the world.

Before this, an analysis conducted by a U.S. health agency in April concluded that many frontline U.S. healthcare workers lack basic health insurance and more than 1 in 4 have no paid sick leave, increasing the risk that they will show up for work even if they are infected with the coronavirus, and 1 in 4 healthcare workers are over age 64 or have a preexisting condition that puts them at a higher risk of dying from the virus if they become infected.

"Our data indicate that millions of health workers likely to be exposed to SARS-CoV-2 have medical conditions that increase their risk for poor COVID-19 outcomes," said Drs. David Himmelstein and Steffie Woolhandler of the City University of New York at Hunter College.

Poverty, particularly when coupled with lack of sick pay, might push minimally symptomatic workers to attend work, the analysis shows. 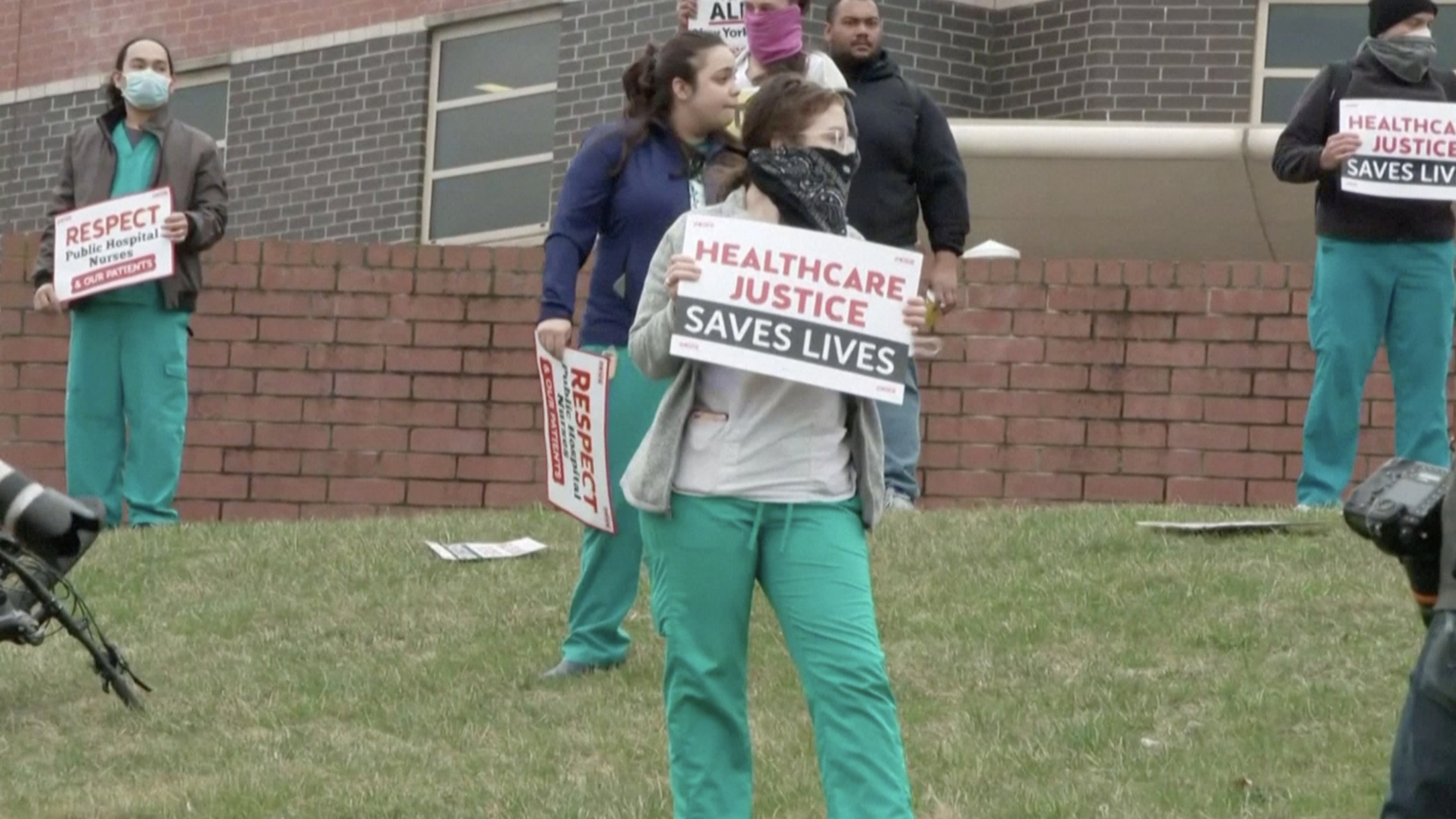 In March, about 20 healthcare workers gathered outside New York City's Jacobi Medical Center in the Bronx to protest their working conditions.

"If we don't start saying something now, we really are afraid that this is going to keep spreading across the country," declared Kelley Cabrera, president of the NYNAS LBU at Jacobi Medical Center, during the protest.

An excerpt from one of their stories

A Seattle nurse has started screening patients for coronavirus at the door of her hospital, a different job from her usual work on various specialty procedures.

She doesn't talk about her new job at home, because she doesn't want to worry her school-aged children, she said. Her husband does not understand her work and tells her to decline tasks that could put her at risk.

"I'm like, 'Well it's already unsafe in my opinion,'" she said, but she is nervous about having to separate from her family if she contracts the virus.

"I'll live in my car if I have to. I'm not getting my family sick," she said.

The nurse spoke on condition of anonymity because she is not allowed to speak to the media.

During her last shift, she was told to give symptomatic patients napkins to cover their faces instead of masks – and not to wear a mask herself. She ignored that and wore a surgical mask, but she worries less experienced staff heeded the guidance.

"We get right in their faces to take their temperatures because we do not have six-feet-away infrared thermometers," she said. "The recommendations seem to change based on how many masks we have."

Her hospital has put a box outside for the community to donate masks because they are so short of supplies.