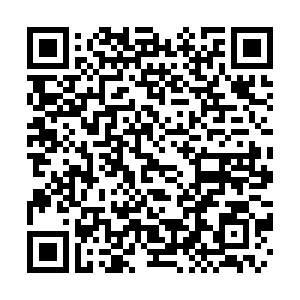 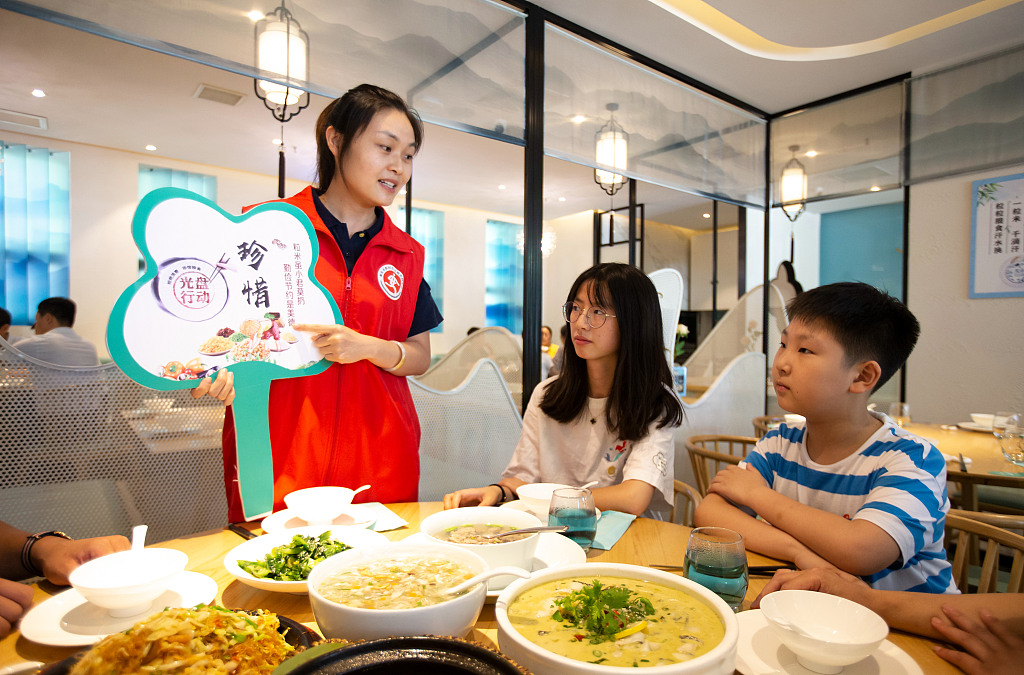 A volunteer suggests a family to save food at a community restaurant in Jiangsu Province, China, August 13, 2020. /VCG

A volunteer suggests a family to save food at a community restaurant in Jiangsu Province, China, August 13, 2020. /VCG

China has stepped up efforts to reduce food waste as an effort to reform its food systems and to meet one of the goals of UN 2030 Agenda: Zero Hunger, as a recent UN report warned that the world is on the verge of the worst food crisis in 50 years and almost 690 million people in the world were undernourished in 2019.

Despite the food crisis facing many regions in Africa, the Middle East and Asia, the amount of food waste in some affluent regions is shocking.

There is no national report that can reflect the food waste across China, but research jointly conducted by the World Wide Fund for Nature (WWF) and the Chinese Academy of Sciences in 2015 revealed a small tip of the iceberg.

Another 2015 report by the National Bureau of Statistics estimated that the total amount of food wasted in the consumption stage is 50 billion kilograms, which can feed 350 million people a year. And that does not include the production, processing and retail stages.

Looking at other food-abundant countries, the amount of food waste is also high. 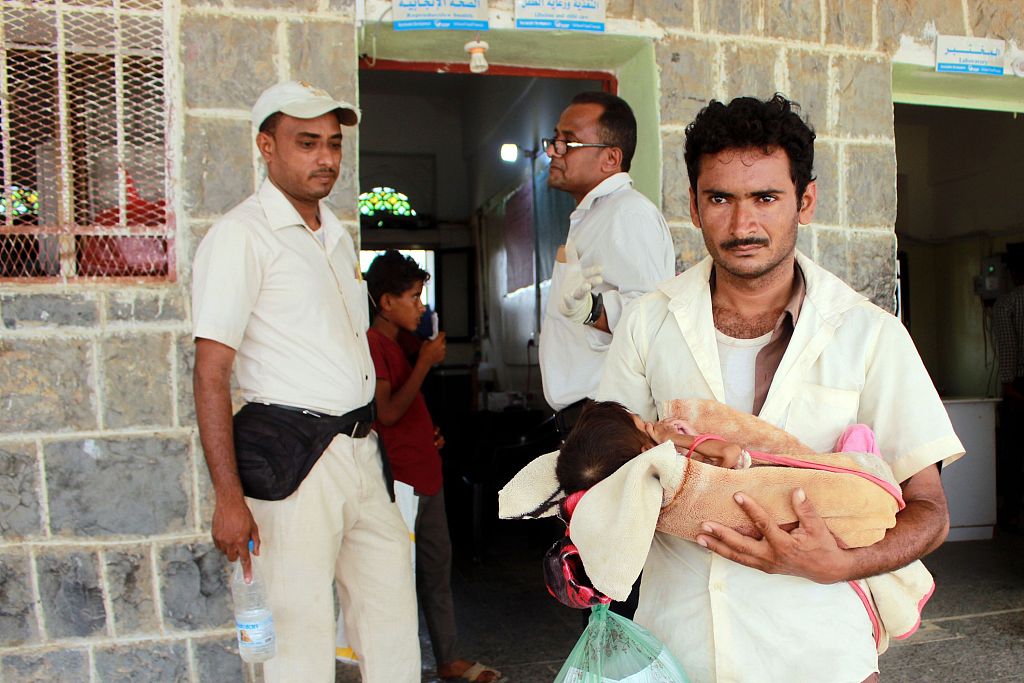 A man holds his five-year-old girl who is suffering from acute malnutrition and weighing only three kilograms, outside a treatment centre in Yemen's northern Hajjah province, June 23, 2020. /VCG

A man holds his five-year-old girl who is suffering from acute malnutrition and weighing only three kilograms, outside a treatment centre in Yemen's northern Hajjah province, June 23, 2020. /VCG

In the U.S., food waste is estimated at between 30-40 percent of the food supply, according to USDA's Economic Research Service. Its 2010 data shows that 31 percent of the food loss happens at the retail and consumer levels, corresponding to about 60 billion kilograms and 161 billion U.S. dollars worth of food in 2010.

In the EU, around 88 billion kilograms of food is wasted annually with associated costs estimated at 143 billion euros (169 billion U.S. dollars), a report released by the EU Commission in March 2016 stated.

In China, flooding in 27 southern provinces had damaged nearly three million hectares of crops as of July 10, according to the Ministry of Emergency Management. Research released by Shenwan Hongyuan, a top securities company in China, estimated that the floods in China would reduce grain output by about 11.2 million tons in 2020, accounting for 1.69 percent of the country's total crop output in 2019.

Officials have said that the impact of flooding is controllable and will not harm China's food supply or prices. They pointed to the catastrophic floods in 1998, saying the total grain output reached a historical high in the year, standing at 512.3 billion kilograms. 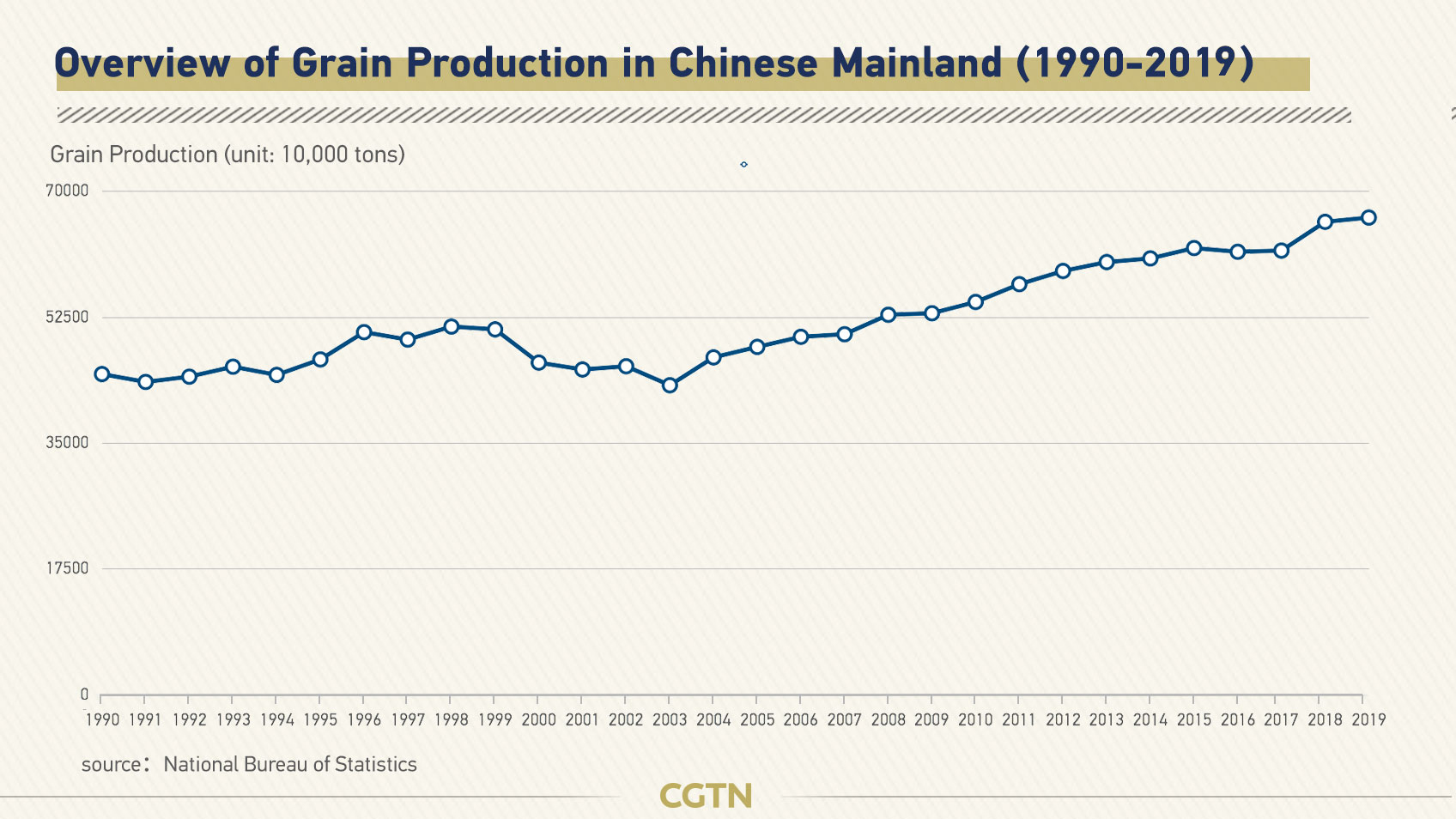 Though China doesn't face a food crisis and has bumper harvests in consecutive years, the Chinese President still stressed that people should "maintain a sense of crisis about food security" and urged relevant departments to build a long-term mechanism to stop food wastage.

In China, the Constitution stipulates that the state should practice frugality and oppose waste. China's agricultural law also regulates that citizens should cherish and save food. Other laws like the environmental law, consumer rights protection law and food security law advocate that all parties shall avoid wasting resources and polluting the environment. But legal experts say the concepts are vague and not specific enough.

Zhang Guilong, an official of the Legislative Affairs Committee of the Standing Committee of the National People's Congress, told CCTV that the committee, together with other departments, is conducting research to strengthen legislation regarding food waste. They are going to make specific and clear provisions in food production, storage, transportation, processing and consumption stages to reduce waste.

Globally, some environmentalists say the waste of food is also a waste of water, land, energy and other earth resources, resulting in greenhouse gas emissions and other forms of environmental pollution.

The UN warned in its report that without efforts to reform global food systems, its target of zero hunger by 2030 will be missed.